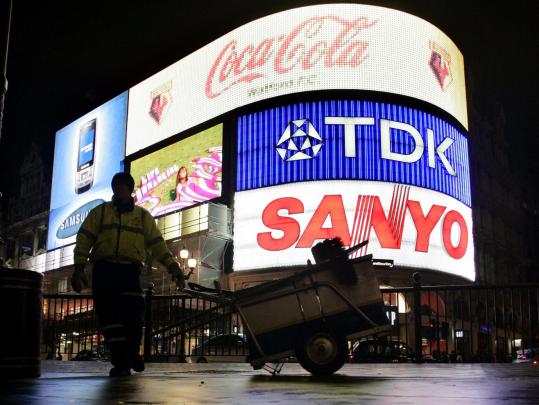 The cancer arm of the World Health Organization next month will add work on the overnight shift to its list of probable carcinogens. (Akira Suemori/Associated Press)
Email|Print| Text size – + By Associated Press / November 30, 2007

LONDON - Like UV rays and diesel exhaust fumes, working the graveyard shift will soon be listed as a "probable" cause of cancer.

It is a surprising step validating a concept once considered wacky. And, it is based on research that finds higher rates of breast and prostate cancer in people who work at night.

Next month, the International Agency for Research on Cancer, the cancer arm of the World Health Organization, will add overnight shift work as a probable carcinogen.

The American Cancer Society website notes carcinogens do not always cause cancer. The cancer society doesn't make its own assessments of possible cancer-causing agents, but relies on analyses by the IARC and a US agency.

The higher cancer rates don't prove working overnight can cause cancer. There may be other factors common among graveyard shift workers that raise their risk for cancer.

However, scientists suspect that overnight work is dangerous because it disrupts the circadian rhythm, the body's biological clock. The hormone melatonin, which can suppress tumor development, is normally produced at night.

If the graveyard shift theory eventually proves correct, millions of people worldwide could be affected. Experts estimate that nearly 20 percent of the working population in developed countries work night shifts.

Among the first to spot the night shift-cancer connection was Richard Stevens, a cancer epidemiologist and professor at the University of Connecticut Health Center. In 1987, Stevens published a paper suggesting a link between light at night and breast cancer.

Back then, he was trying to figure out why breast cancer incidence suddenly shot up starting in the 1930s in industrialized societies, where night work was considered a hallmark of progress. Most scientists were bewildered by his proposal.

But in recent years, several studies have found that women working at night over many years were indeed more prone to breast cancer. Also, animals that have their light-dark schedules switched develop more cancerous tumors and die earlier.

Some research also suggests that men working at night may have a higher rate of prostate cancer.

Because these studies mostly focused on nurses and airline crews, bigger studies in different populations are needed to confirm or disprove the findings.

There are still plenty of skeptics. And to put the risk in perspective, the "probable carcinogen" tag means that the link between overnight work and cancer is merely plausible.