A CareerBuilder.com survey from 2009 said 20 percent of workers show up late at least once a week, and 10 percent do it at least twice. Even modest tardiness adds up: Over the course of a year, losing to 10 minutes a day to late arrivals or early departures is like taking a week's paid vacation.

That kind of behavior can hurt productivity and foster a negative image among co-workers, Driscoll said. But he also said managers who want their employees punching the clock on time need to set a good example and do so themselves. 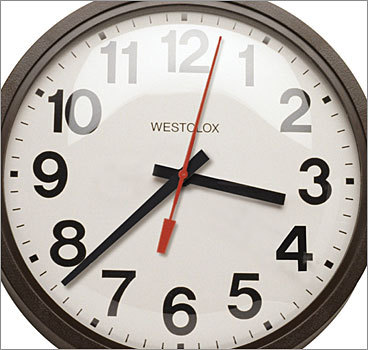