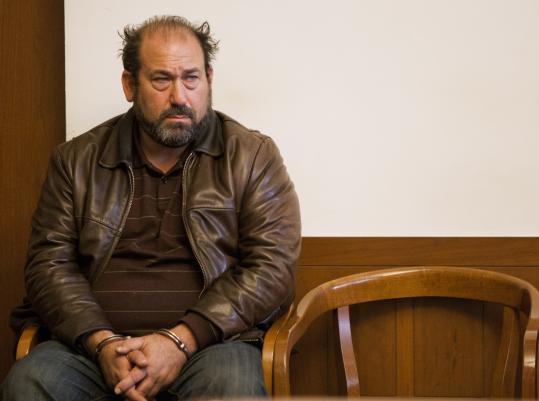 BARNSTABLE - To many, Daniel Adams seemed like a good neighbor. An engaging filmmaker, he kept a yacht in Hyannis and made his movies locally, promising business for merchants and Hollywood sizzle for residents during the slow winter season.

But Adams, indicted this week on charges of defrauding the state of $4.7 million in tax credits, has left a trail of unpaid bills and anger in his wake, according to interviews and court records. From failing to return valuables to antique dealers to stiffing landlords and limousine drivers, Adams has earned a reputation as a deadbeat from Barnstable to Martha’s Vineyard.

“It became clear as time went on, it was all a sham. I just think he’s a cheat,’’ said Alice Pitcher, who rented her three-bedroom home on Barnstable Harbor to Adams for his crew. Pitcher, who is co-owner of the Barnstable’s Lamb and Lion Inn, has fought Adams for two years in civil court to get $7,800 that a district court judge ruled the director owes her.

In the winter of 2007, Adams was shooting his romantic comedy “The Golden Boys’’ and needed a place for producers and an office manager to stay. Pitcher gave him a discount, charging him only $10,500 for three months; in summer, the place commands $7,000 a week.

But after making a $3,500 deposit, Adams didn’t pay the rest. A year went by, and he told Pitcher and her partner in e-mails that, as director, he was not in charge of finances. After the film’s release in 2008, Pitcher sought and won a judgment against Adams. Again he asked for an extension, saying he was in Los Angeles closing a deal. When he didn’t show up in court last month, a warrant was issued for Adams’s arrest.

Adams declined to comment for this story, through officials at the Suffolk County jail, where he has been held on $100,000 bail since his arrest last week. He pleaded not guilty to 10 counts of making false claims and larceny related to two films for which he received $4.7 million in tax credits from the state.

A lawyer representing Adams, Douglas Brooks, argued in court that Adams was a church-going man in Barnstable and not a flight risk. He said Adams’s wife and daughter were returning from Los Angeles, where the family had been living for a few months.

Brooks declined to comment on Adams’s problems with merchants on the Cape. As for the charges that Attorney General Martha Coakley brought against his client, Brooks said in an interview, “The case is far more complicated than it appears on the surface.’’

Prosecutors allege that Adams overstated expenses on “The Golden Boys,’’ a romantic comedy about retired sea captains vying for a wife, and “The Lightkeepers,’’ a 2009 romance starring Richard Dreyfuss.

Under the law, filmmakers can apply for a credit of 25 percent of their production expenses. But prosecutors said Adams overstated those expenses, in one instance claiming to have paid Dreyfuss $2.5 million, when he paid him $400,000.

Adams charmed scores of people over more than a decade. He projected the trappings of wealth, boasting about a family trust fund, a Harvard education, and ties to Ted Kennedy. Yet his reality was starkly different: A University of Vermont dropout who twice filed for bankruptcy, struggled to finance his movies, and owed hundreds of thousands of dollars to vendors, merchants, and a former girlfriend.

His failed effort to build a 60-foot wooden schooner named Rebecca on the Vineyard was chronicled in a 2002 book, “Wooden Boats.’’ The author, Michael Ruhlman, described Adams as “boatstruck,’’ hiring craftsmen to build the specialty $250,000 vessel without first locking down financing.

Adams declared bankruptcy in 2000, and other owners eventually took over completion of the boat.

“It’s really ironic. Here’s this sketchy guy who wants to build a really beautiful, creative, authentic wooden boat,’’ Ruhlman said in an interview. “Were it not for his delusions, this beautiful boat would not be.’’

Adams, 50, grew up in the Boston area, went to the University of Vermont for a year, from 1980 to 1981, and attended some Harvard Extension School classes in the early 1980s, spokesmen for both schools confirmed. In bios published on film websites, Adams said he worked for several political campaigns,before going into movies, but that could not be confirmed.

The disheveled man who appeared in court last week had fallen a long way from the persuasive, deep-voiced fellow a former girlfriend, Victoria Street, said she met on the Vineyard many years ago. She wound up being one of the largest creditors in his bankruptcy. Street said she got back most of the $600,000 she was seeking, although one-third went to lawyers. Now, she said, “I just want to see him stopped.’’

Despite his public financial trouble, Adams managed to plow ahead with “The Golden Boys.’’ A story set on the Cape in 1905, he adapted it from a book and first called it “Chatham.’’ Adams touted a lineup of A-list actors, including Burt Reynolds and Dennis Hopper, none of whom ended up in the movie.

But Adams embraced his new cast as if they’d been his first choice. In a 2007 Globe story, he said David Carradine, Bruce Dern, Rip Torn, and Charles Durning were “four of my favorite actors in the world.’’

The town of Chatham was abuzz with the filming plans, even as Adams went over budget and almost couldn’t make payroll, according to a Globe story. Then some businesses that dealt with him started to feel the pain.

Jim Needham, owner of K.O.N. Limousine Service in Osterville, was hired to shuttle the stars into town. He picked up Carradine at New York’s JFK International Airport and brought Mariel Hemingway from Logan International Airport to the Chatham Wayside Inn. In all, he made 21 trips for Adams. But when he tried to collect $4,400 in fees, Adams made excuses for months, he said.

He sued Adams in small claims court, and when the filmmaker failed to show up, the court issued a warrant for his arrest. The result: Adams paid up $3,000, and Needham didn’t pursue the rest, a court clerk confirmed.

For Steven Leavenworth, “The Golden Boys’’ was a chance to appear as an extra in a scene with Carradine of “Kung Fu’’ and “Kill Bill’’ fame. (Carradine has since died.) An employee of the Chatham Department of Public Works, he worked for three days on the set but wasn’t fully paid, he said. Nor were several others who had brief parts, he said.

“I had so much fun,’’ Leavenworth said. “We kid around about it, but we are aggravated we didn’t get paid.’’

At the Hyannis Marina, where Adams’s yacht has been moored and slipped for years, dockmaster Carla Sullivan, told a different story. She defended Adams, calling him a friend.

“He was great. I had no financial problems,’’ Sullivan said. “Whatever film he is on next, he’ll fix all these woes.’’