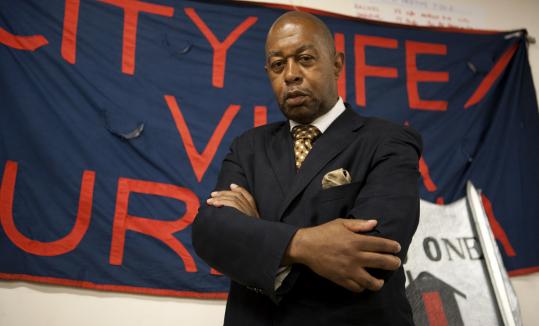 The state’s highest court has ruled that people fighting eviction from homes they lost to foreclosure can challenge the validity of a property seizure in housing court after the fact, a decision that housing rights advocates are calling a major victory.

The Massachusetts Supreme Judicial Court’s unanimous ruling, released yesterday, involved KC Bailey of Mattapan, whose home was taken back by his lender through foreclosure in 2007. Two years later, Bailey, 65, contested his impending eviction during a housing court proceeding, saying the foreclosure process was flawed.

Bailey claimed he learned of the foreclosure only after finding an eviction notice taped to a fence surrounding his three-bedroom Colonial, which had been in his family since 1979. The Vietnam veteran said he refused to leave because he was not given proper notice of the sale and is still living there.

Bank of New York, which set out to evict Bailey, argued that the housing court didn’t have the authority to consider a challenge to a foreclosure already finalized, and the judge agreed. Bailey appealed and the Supreme Judicial Court decided to take the case. It now goes back to housing court.

The decision was hailed by local housing rights advocates, who said it will force lenders to prove they legally own a property before evicting occupants, and will lead to more negotiations with financially-distressed borrowers seeking to save their homes.

Bank of New York Mellon Corp. officials said yesterday they were still reviewing the decision but emphasized that the bank is a trustee in the matter and thus has a “very limited ministerial role.’’

Because Massachusetts doesn’t require courts to sign off on foreclosures, the eviction process can be the first opportunity for a former homeowner to contest a property seizure in court. The ruling also will provide a new legal tool to tenants fighting evictions from foreclosed homes, housing attorneys said.

“This decision ensures that if a bank is going to walk into court and try to evict a homeowner, it has to prove there has been a valid foreclosure,’’ said Esme Caramello, deputy director of the Harvard Legal Aid Bureau, a branch of Harvard Law School that provides free representation to low-income clients and represented Bailey.

Melonie Griffiths, a community activist with City Life/Vida Urbana, a Jamaica Plain nonprofit that works for the rights of tenants and homeowners, said the ruling will motivate lenders to help homeowners renegotiate their loans to manageable levels.

“By holding the banks more accountable, many folks will stay in their homes,’’ Griffiths said.

But Kevin F. Kiley, executive vice president of the Massachusetts Bankers Association in Boston, said the ruling is going to further delay foreclosures, which already can take years to process. He said the court’s decision doesn’t change the fact that Bailey was not paying his mortgage. The challenge to the validity of the foreclosure was purely technical, he said.

“We are concerned that the more we continue to delay and forestall foreclosures going forward, the longer it will take for a substantial recovery of the housing market,’’ said Kiley.

The Supreme Judicial Court’s decision comes seven months after the the same court upheld a contentious land court ruling that challenged the way lenders traditionally foreclosed on properties - without having all the paperwork in place at the time a home was seized. The decision in US Bank National Association v. Ibanez forced major US lenders to redo many foreclosures and has been a growing source of legal challenges.

Pamela S. Kogut, an attorney who filed a brief in support of Bailey’s appeal for a group of nonprofits, said yesterday’s ruling will give former homeowners a place to contest the validity of a foreclosure during the eviction process, without having to file an additional lawsuit in state Superior Court. “The burden shifts to the bank to establish that it does have title,’’ she said.

Bailey, for his part, is just glad to get another chance to challenge his foreclosure. He said he had trouble paying back two loans totaling $329,200 that he signed up for in 2005. Bailey said he considers the loans predatory largely because the lender should have known he couldn’t afford the payments. He said he still hopes to find a way to save his home and secure a more manageable mortgage.

“This is going to help many people in similar situations,’’ he said. “I just wanted to tell someone in the official capacity my story, without interruptions.’’

Jenifer B. McKim can be reached at jmckim@globe.com