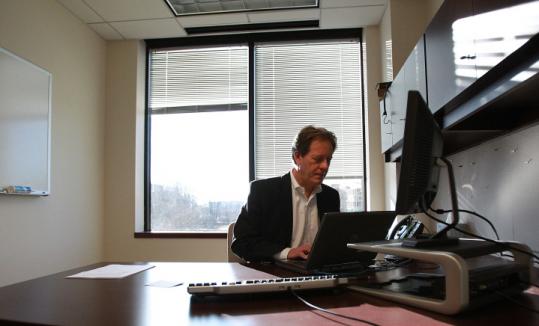 The software company definitely seemed interested in hiring Tom Fleming. It set up breakfast and lunch meetings, then flew the Concord salesman to its headquarters in Virginia for interviews with a half-dozen executives, including the founder and chief executive. But after promising to get back to him in a week, the company never contacted him again.

As their searches for employment stretch on, some job seekers are getting a rude awakening from the companies they apply to. Nearly a third of the executives surveyed online by search firm Korn/Ferry International said candidates aren’t being treated respectfully by prospective employers. A common complaint: Companies disappear in the middle of the hiring process, failing to let applicants know they didn’t get the job, even after multiple interviews.

Hiring managers sometimes leave job candidates in the dark even in the best of times, but with nearly 14 million people looking for work — some for years now — job seekers are feeling the sting more, employment specialists said.

“There are more and more people who are experiencing the black hole, putting themselves out there and not getting a response,’’ said Michelle Reina, cofounder of the Reina Trust Building Institute, a workplace consulting firm in Stowe, Vt. “That kind of situation has been there all along. It’s just that people are more sensitive to it now because they are more vulnerable.’’

With human resources departments stretched thin by a cascade of applicants, there may also be less time for politeness.

“We live in a culture right now where everything is done fast and fluid, and I think sometimes good manners are lost,’’ said Beverly Kahn, president of the North Shore recruiting firm New Dimensions in Technology Inc.

Job hunters can be rude, too. But when companies don’t treat candidates well, it could come back to haunt them, especially as the economy comes back to life.

“What they fail to realize is that they’re putting themselves in a very bad light,’’ said Bruce Allen, founder of the Wakefield recruitment firm Point B Search, citing a theory that when one person has a bad experience, 250 people will hear about it. “The companies that don’t have their acts together and are not responsive in the interview process are going to lose out to the companies that are more respectful of candidates.’’

One Southborough job seeker refused to consider a position at a chemical company because of the way he was treated. He was in the middle of an interview — the third of five that day — when he was told there was a problem at the plant and escorted out of the building. The company never called to reschedule his interviews, and when a recruiter called two months later to tell him the same job was open again, the man — who didn’t want to be identified because he is still looking for work — didn’t bother sending in his resume.

Others are more forgiving. Mark Shachat of Mansfield went on an interview for a computer sales job, only to find out the company had mixed him up with someone applying for an accounting position.

“I walk in, they say, ‘Hi, Richard.’ ’’ Shachat said. “The HR person admitted that, ‘Oh, I’m so inundated. They make me take so many interviews I don’t even know who I’m interviewing.’ ’’

Shachat came back to interview the next day, but when he left two subsequent messages that went unanswered, he gave up. Still, he said he would apply there again if another position opened up: “Money is money.’’

Sheryl Fleitman of Norwood has had a half-dozen interviews since she lost her executive assistant position last fall, but few calls letting her know she didn’t get the job. “The humanity is being taken out of all this,’’ she said.

Ellie Rose, executive director of the Employment & Training Resources centers in Marlborough, Newton, and Norwood, said human resources is often the first department to get cut during a downturn, leading to overworked, and sometimes outsourced, employees dealing with an avalanche of applicants. Following up, she said, “is just a courtesy that employers aren’t extending any more.’’

Regardless, there isn’t an excuse for not getting back to people, said Sharon Gilbert, director of recruitment at Conservation Services Group in Westborough. Gilbert is swamped with resumes, but each of the hundreds of people who apply for a job at the energy efficiency company gets a letter and every person who interviews gets a follow-up call or e-mail.

Some companies are more than rude. The executive search firm Witt/Kieffer recently had a candidate who didn’t get his $1,500 travel expenses reimbursed, said Paul Bohne, senior vice president in the firm’s Burlington office. Witt/Kieffer intervened and recouped his expenses.

After his fruitless interview in Virginia, Fleming said he waited so long to get his expenses reimbursed that he threatened legal action. In January, Fleming landed a sales job at the data management company ID Business Solutions in Burlington — an organization that never failed to follow up with him.

“I think what companies are really saying when they don’t get back to you,’’ he said, “is that they have no respect for you whatsoever.’’

Johnston Chase can be reached at johnstonchase@globe.com.