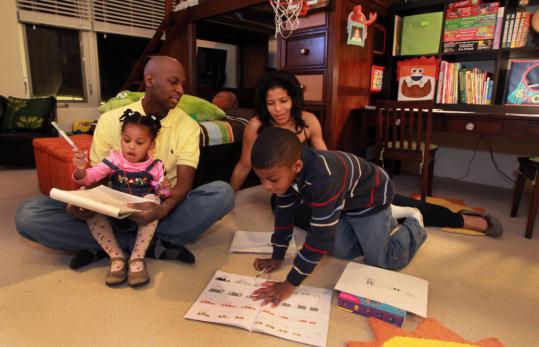 LeVar and Tamara Johnson, professionals with a six-figure income and good credit, look like the perfect couple to buy a home at today’s low prices and rock-bottom interest rates. Instead, they will continue paying more than $3,000 a month for their apartment above an upscale Natick mall.

“It seems like an unsteady time,’’ LeVar Johnson said. “The housing market’s a mess.’’

The Johnsons are among a growing number of renters by choice, those who are able to buy a home but won’t.

For much of the past decade, renters have typically been college students, people who could not afford to buy, or upwardly mobile professionals who change jobs frequently. Now, an uncertain economy, sputtering housing market, and changing attitudes about homeownership have widened the pool of renters.

The percentage of Americans who view a home as a safe investment plunged to 66 percent this year, down from 83 percent in 2003, before the housing crisis began, according to surveys by Fannie Mae, the government-owned mortgage giant. Thirty percent said they would not buy a home because of economic and other concerns in the quarter ended in September, up from 23 percent in January, according to Fannie Mae.

In Massachusetts, home sales have fallen sharply in recent months, while apartment occupancy rates in Boston have risen to nearly 95 percent, their highest level in nearly two years, according to Reis Inc., which tracks rental markets.

Apartment complexes that once struggled to lure tenants with free rent and other perks have waiting lists. A luxury apartment-building boom is in the making in Boston as other construction stalls.

The Clarendon/One Back Bay, a luxury high-rise in downtown Boston, provides another example of the trend. Since it opened a year ago, the building has leased all but one of its 178 apartments, which rent for $2,700 to $5,900 a month. But fewer than half of the 102 condominiums on the top 19 floors have been sold. Three penthouse condominiums with 360-degree views sit vacant.

“A house is the biggest purchase most people ever make, and they want to make sure of it,’’ said Ishay Grinberg, chief executive of RentalBeast.com, a Somerville company that lists rentals on its website. No one wants to hear that “in the next 12 months, it could decline in value.’’

While there have always been people with the means but not the inclination to buy, more of them are now passing up homeownership. Melissa Porazzo is one of them.

Porazzo, a 33-year-old pharmaceutical company manager who is relocating to Massachusetts, bought her Florida home two years ago, thinking she had scored a bargain by buying at the bottom of the market. Prices, however, continued to fall in that state, one of the hardest hit by the housing bust. She said she would probably lose money in a sale, but her new employer has agreed to buy the house and cover her losses, if necessary.

Chastened by the experience, Porazzo and her family will rent their next home and are waiting for an apartment to become available at the Marina Bay complex in Quincy. She plans to pay between $3,000 and $4,000 a month in rent — which as a mortgage payment could finance a home costing as much as $700,000. But she doesn’t expect to buy any time soon.

“We’re not quite sure if the economy is at its lowest point or on its way back up,’’ she said. “So my husband and I agreed it’s best to wait a while and see if things change.’’

Such uncertainty is among the factors preventing the housing recovery from gaining traction, according to economists. Mark Zandi, chief economist at Moody’s Analytics, a forecasting firm in West Chester, Pa., said many view buying a home as “catching a falling knife.’’

“Broader confidence is dark and the collective psyche is still incredibly morbid and fragile,’’ he said. “Buying a home is the most important purchase of their life. Would you really do that when it looks like the unemployment rate is going to hit 10 percent again?’’

Ownership, of course, still has benefits.

Those who own a home for several years can typically expect a return on their investment, according to the National Association of Realtors, a trade group in Chicago. The typical US seller who purchased a home eight years ago experienced a median equity gain of $33,000, or a 24 percent increase, according to the association, while sellers who were in their homes between 11 and 15 years saw a median gain of 40 percent.

And renters don’t benefit from the significant tax deductions that come with ownership.

But in the Boston area, which has not been hit as hard by foreclosures as other states, prices have not fallen far enough to make homeownership a bargain in the short term, according to Trulia.com, a real estate listing service in San Francisco. Trulia ranked Boston among the top 10 US cities where renting was less costly than buying after comparing the average sale list price with the average rent of two-bedroom apartments, condos, and town homes.

George McHugh, president of property management for Chestnut Hill Realty Corp. which offers both rental and sale properties, said the government has promoted homeownership in recent years, offering tax credits and other incentives to bolster the real estate market. But homeownership, as many have learned, has risks.

McHugh cited his daughter’s experience. Newly married and in her late 20s, she was eager to buy a house two years ago in the heady days before the recession. The couple did not buy, and they continue to rent in Boston.

“By missing the rush, they may have ended up better off,’’ McHugh said. “She’s a happy apartment dweller.’’