Reported auction is a chance for wholesale club to innovate, expand beyond East Coast, analysts say 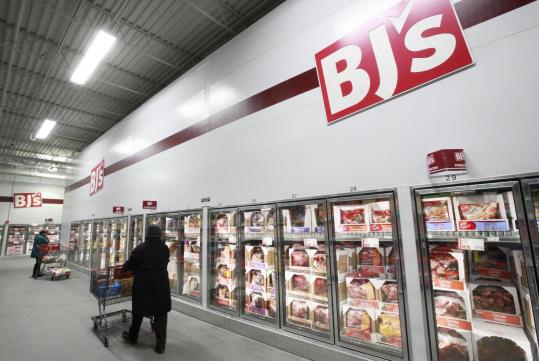 BJ’s Wholesale Club Inc. would be able to improve its stores and product offerings and finally expand beyond its East Coast footprint if it were sold to a private investment company, retail industry analysts said in response to reports yesterday that the discount firm has put itself up for sale.

Shares of BJ’s gained nearly 13 percent on the news yesterday, closing at $47.34. At that price BJ’s has a market capitalization of nearly $2.6 billion.

“Clearly there’s a belief that there’s money to be made,’’ said Paula Rosenblum, managing partner at Retail Systems Research. “It’s a clean way to tighten yourself up.’’

Leonard Green, which took a 9.5 percent stake in BJ’s in July, said in a securities filing at the time that BJ’s shares were “undervalued.’’ The private equity firm said it planned to contact management to discuss options, including taking the company private or finding additional financing.

Industry analysts said that it’s unlikely another US retailer would be interested in taking over BJ’s and that a private equity firm could help BJ’s reinvent itself.

“To go private would get them out of the glare of the public market as they expand into new markets and do things that might not be great for near-term earnings, but might be good for building the company in the longer term,’’ said Jon Springer of the trade publication Supermarket News.

This isn’t the first time BJ’s has dealt with Leonard Green. Four years after the Zayre Corp. discount chain opened its first BJ’s store in Medford in 1984, BJ’s was folded into Waban Inc., and in 1997 Waban attempted to sell its struggling Homebase home improvement division to Leonard Green. After the plan fell through, Waban spun off BJ’s as a separate company. Today, BJ’s has 191 stores in 15 states and is run by Wakefield native Laura Sen.

Leonard Green has a successful history of retail investments, including buying Sports Authority and Petco. The firm also had stakes in Whole Foods Market and Life Time Fitness Inc., positions that it acquired and held “without a perceived hostile role,’’ Neil Currie, a UBS analyst, said in a report yesterday.

“Leonard Green seems to be the kind of investor that goes in there to buy the stock, gets people excited, and then cashes out,’’ Springer said.

As a distant third to rivals Sam’s Club and Costco Wholesale Corp., BJ’s has been the subject of buyout chatter for years.

“I think the fact the field is so dominated by Costco and Sam’s limits what they can do,’’ said Jack Plunkett of the market-research firm Plunkett Research.

Sales at BJ’s — $10.7 billion over its last reported fiscal year — are dwarfed by business at its competitors. Costco sales are about seven times higher, and Sam’s Club’s are about four times greater. All three companies reported improving sales at stores open for at least a year in their most recent quarters.

The Natick chain is an attractive buyout target, retail analysts say, because it has stable membership income, which accounts for roughly 80 percent of its operating income, strong cash flow, and a cash-rich balance sheet.

Some analysts have speculated that BJ’s could sell for as much as $3 billion. Others said the reported auction may be an effort by BJ’s to stall Leonard Green as it shops around for better offers.

“If someone has made me an offer and I didn’t like it, it doesn’t seem out of the realm of possibilities to seek out other potential bidders,’’ said Daniel Binder, managing director of Jefferies & Co., adding that BJ’s has been “very tight-lipped’’ about the company’s intentions and its response to the private equity firm has taken longer than expected.

The timing of the announcement, right before the holiday shopping season, isn’t ideal, analysts said.

Consumers might see the news as a sign that BJ’s is in trouble and hold off on making major purchases there, said Retail Systems Research’s Rosenblum.

It’s one of the rules of the retail industry, she said: “You ride whatever horse you’re on until the season’s done.’’

Katie Johnston Chase can be reached at johnstonchase@globe.com; Jenn Abelson at abelson@globe.com. 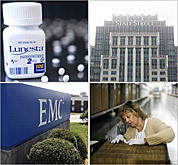