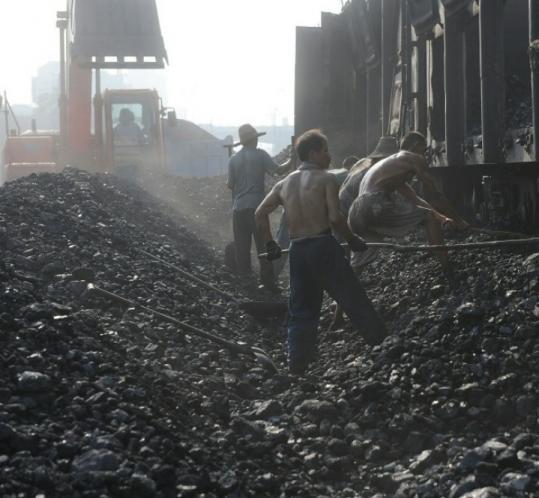 NEW YORK — Coal trading is poised to rise to a record high this year as prices at less than half their 2008 peak stoke demand, defying governments’ efforts to phase out the most-polluting fossil fuel.

The volume of coal derivatives bought and sold around the world may jump as much as 46 percent this year to 2.3 billion metric tons, based on data from exchanges and brokers, according to Guillaume Perret, founder of Perret Associates Ltd. and a former trader at RWE AG, Germany’s second-biggest utility.

That would exceed the record 2.2 billion tons traded in 2007.

“It’s looking pretty good for coal,’’ Kris Voorspools, director of 70Watt Capital Management, a Luxembourg hedge fund that specializes in trading spreads in energy and carbon markets, said last week. “It’s the fuel for the developing world. China and India are using it to grow.’’

The increase in coal trading underscores how fuel demand in Asia is hampering government measures to tackle global warming.

The United Nations climate chief, Christiana Figueres, said on June 9 that she believes negotiations to extend Kyoto Protocol limits on greenhouse gas emissions are unlikely to succeed this year.

Global coal demand held near a record in 2009, while oil consumption dropped 1.7 percent and natural gas use fell 2.1 percent, according to BP’s June 2010 Statistical Review.

The world’s biggest energy exchanges are seeking to encourage trading.

European governments have set the world’s most ambitious targets to cut greenhouse gases and wean themselves off coal, which emits about twice as much carbon dioxide as natural gas.

The European Commission, the regulator for the 27-nation European Union, set up a cap-and-trade system in 2005 to make polluters pay for their carbon emissions.

In the United States, where coal accounts for about 25 percent of energy consumption, lawmakers plan to revive proposed climate-protection legislation after having been defeated in Congress last month.