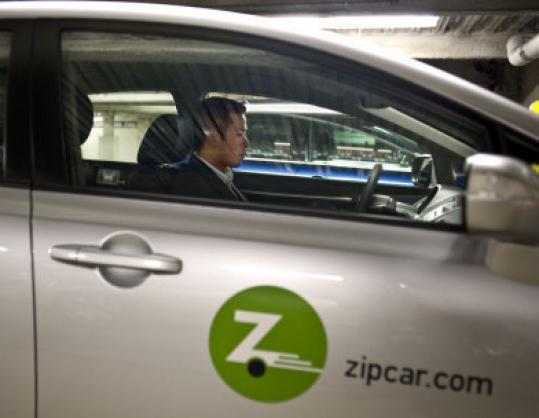 The lawsuit was filed in federal court in Boston last week on behalf of Ryan Blay, an Illinois man who has been a Zipcar customer since April 2007, along with other customers who were potentially charged the fees.

The complaint is also a reminder that Zipcar, once a small local start-up, has become an international enterprise - big enough to attract a federal lawsuit by plaintiffs who seek to make it a class-action proceeding.

Zipcar rents vehicles by the hour and by the day from lots and garages scattered around Greater Boston and other cities.

“It’s a backhanded compliment,’’ said John LaLiberte, an attorney with Boston law firm Sherin and Lodgen who is not involved in the litigation. The suit shows Zipcar “has made it,’’ he said.

A Zipcar spokeswoman, Nancy Scott, declined to comment on the suit. But the privately held company said it has about 320,000 customers in 28 states and provinces in North America, including Massachusetts, and in London. So any improper fees could add up to millions of dollars in damages. Blay’s lawyers estimated the fees at issue amount to more than $5 million.

Specifically, the complaint accused Zipcar of unfairly charging customers with a “discreet medley of customer charges.’’ According to the suit, many customers may not even be aware of the charges because Zipcar does not send monthly statements.

■ Phone fee. A $3.50 charge to talk to a customer service representative even when customers call to report a problem that can’t be handled through the website or automated phone system.

■ Parking tickets. Customers who receive a parking ticket or traffic citation are typically charged for the cost of the ticket plus an additional fee, even when the ticket was issued in error and customers were not given any opportunity to appeal.

■ Lost items. To retrieve an item left in a vehicle, customers are required to rent the car again for at least an hour - unless customers retrieve the lost item within three hours after the reservation ended.

■ Inactivity fee. Zipcar deducts $20 per month from a customer’s deposit until the deposit is depleted if the customer has not used the service for 12 consecutive months.

The lawsuit says the charges are “arbitrary and capricious’’ and disproportionate to the company’s actual costs. “Charges imposed by similar vehicle rental businesses are not nearly as exorbitant as Zipcar’s,’’ the lawsuit stated.

LaLiberte said some law firms have built a cottage industry in representing consumers in class-action lawsuits. While the amount of damages is typically small for each customer, it can add up to millions of dollars when multiplied by all the customers affected nationwide.

In this case, the outcome will probably depend on how clearly Zipcar disclosed the fees.

“It’s a matter of what is in the contract and what is in the fine print,’’ said LaLiberte, who focuses on commercial litigation. “I don’t think [this case] is anything out of the ordinary.’’

Blay is represented by the Boston law firm Wayne, Richard & Hurwitz LLC and three Illinois firms with experience handling class-action lawsuits. None of the firms could be reached yesterday.