Study cites lack of profit in aiding the distressed 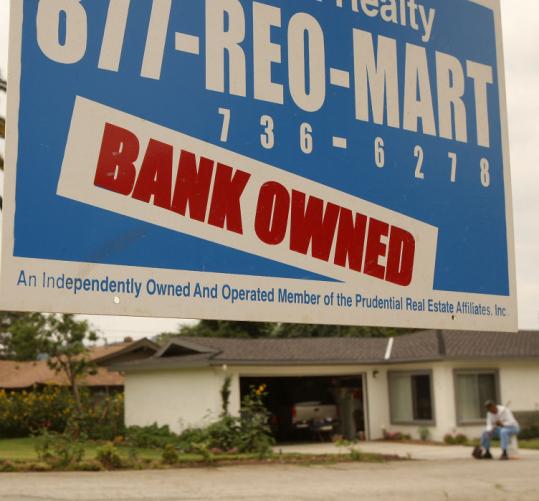 Mortgage lenders don’t try to rework most home loans held by borrowers facing foreclosure because it would probably mean losing money, a study released yesterday by the Federal Reserve Bank of Boston concludes.

The Boston Fed’s findings suggest the Obama administration’s major effort to solve the foreclosure crisis by giving the lending industry $75 billion to rewrite delinquent loans to more affordable levels is not likely to work.

One of the study’s coauthors, Boston Fed senior economist Paul S. Willen, said the government would be better off giving the money directly to struggling borrowers to help them with their payments, rather than to lenders that are averse to working out the troubled loans.

“Loan modification is not profitable for lenders,’’ Willen said. “If it were profitable, they would go out and hire staff.’’

US Representative Barney Frank, head of the House Financial Services Committee, said the study results may provide answers about why so few struggling homeowners have been able to get help.

Frank, a Newton Democrat, said he is holding a hearing Thursday on his proposal to provide government loans to homeowners who have lost their jobs and can’t qualify for loan modifications and other help because they don’t have income.

“The problem is worse than we thought,’’ Frank said. “The failure to do these modifications means the whole situation stays bad longer.’’

The Fed’s study found that only 3 percent of seriously delinquent borrowers - those more than 60 days behind - had their loans modified to lower monthly payments; about 5.5 percent received loan modifications that did not result in lower payments.

The study focused on 665,410 loans that were originated between 2005 and 2007 and subsequently became seriously delinquent. It also followed about 150,000 borrowers for six months after they received help, through the end of 2008.

The lenders may have compelling reasons not to find new borrowers to help, according to the study. For example, up to 45 percent of borrowers who did receive some kind of help on their loans ended up in arrears again, the study found. Conversely, about 30 percent of delinquent borrowers are able to fix their problems without help from their lenders.

“A lot of people you give assistance to would default either way or won’t default either way,’’ Willen said. “They are trying to maximize profits, and at this point maximizing profits does not mean modifying loans.’’

Officials from Hope Now, the private-sector alliance of mortgage servicers and investors, were unavailable for comment yesterday.

US Treasury officials declined to comment on the Fed study, but noted in a statement that more than 240,000 homeowners have received loan modifications this year under the president’s program. Moreover, federal regulators said the pace of loan modifications has been increasing steadily since last year.

Given the findings, Dean Baker, codirector of the Center for Economic and Policy Research in Washington, D.C., said Willen’s suggestion to give money to borrowers rather than lenders makes sense.

“You have more money going to the banks and the servicers than you do to the homeowners,’’ he said. “It would make more sense to just give money to the borrowers.’’

The $75 billion Obama administration plan, announced in February, provides incentives to motivate companies that service mortgages to make loans more affordable, including $1,000 bonuses for each modified loan and an additional “pay for success’’ fee of $1,000 a year for three years if borrowers stay current on their new terms.

Willen said the success bonus could have the unintended effect of steering loan servicers away from those who need help the most, and toward only those borrowers most likely to recover on their own anyway. He said that if modifications increase, it won’t be by much. “My guess is they are going to help people who are OK, and they are not going to help people who are deep trouble,’’ he said.

Alan White, a professor at Valparaiso University School of Law in Indiana, said lenders could cut down on the number of borrowers who end up defaulting again by giving them more help in the first place. He said too many modified loans don’t result in low enough payments. Also, he said, there may be fewer borrowers who can get out of trouble on their own because of continuing difficulties in the economy.

“The servicers are making assumptions that are much too anti-modification,’’ White said. “The servicers have the authority’’ to help borrowers, “they just don’t want to use it.’’

The study, coauthored by Manuel Adelino and Kristopher Gerardi, also rebuts a widely held suspicion that the holdup in modifying loans is because of investors who control them through mortgage-backed securities. The Fed found no difference in the rate of aid between investor-controlled loans and those that lenders own directly.