More firms are banning employees from driving and using cellphones 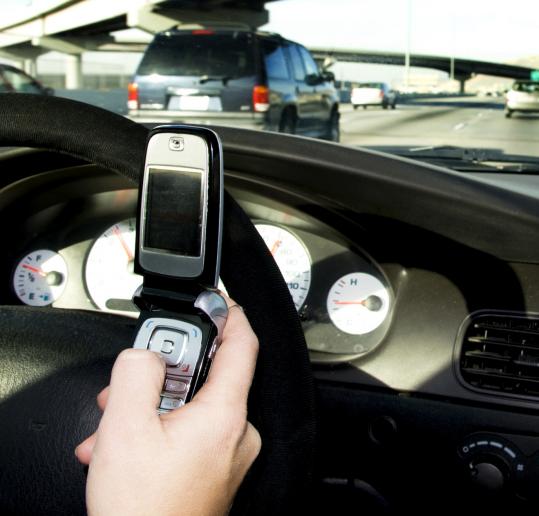 When the global engineering firm AMEC banned cellphone calls or texting while driving on company time, there was skepticism. Employees grumbled that they'd be less productive. Hard-core multitaskers exchanged coping strategies, such as stowing phones in briefcases or car trunks.

But within a year of the 2005 edict, AMEC workers became converts, with nearly 84 percent anonymously reporting in a company survey that they have stopped or cut back on talking or texting while driving even outside of work. And AMEC became a company ahead of its time.

Now, with an unfortunate trolley crash underscoring the risks of distracted driving and a litany of companies being taken to court for their workers' on-the-road negligence, numerous employers are following AMEC's lead and cracking down on employee yakking and e-mailing behind the wheel on company time. Some are creating new bans. Others recently tightened existing policies to also ban texting or even hands- free cellphone accessories.

"Early on, companies said, 'Hey, phoning and driving is great. This will give us all kinds of increased productivity,' " says Bill Windsor, associate vice president of safety for Columbus, Ohio-based Nationwide Insurance. "Now, we're at a point where we better understand the risks involved."

The local poster child of distracted driving, of course, is Aiden Quinn, the MBTA green line driver whose trolley crashed while he was texting his girlfriend earlier this month, an incident that injured nearly 50 people. A day later, the transit authority banned train, bus, and trolley operators from even carrying electronic devices. An inspired state Senate passed an amendment late last week that may lead the Commonwealth to join the 12 states that have banned texting while driving. Currently, talking on a cellphone while driving isn't banned either in Massachusetts, although some lawmakers are working on that.

The amazing thing is, 98 percent of Americans consider themselves "safe" drivers, even while they madly multitask their way down the road, according to a Nationwide survey. Nearly one-fifth of drivers ages 16 to 61 who own cellphones text while behind the wheel, and 80 percent make calls. Yet even chatting with a hands-free device is akin to drunken driving: That's why 45 percent of drivers say they've been hit or almost hit by someone using a cellphone, according to the insurer.

Given the link between distracted driving and expectations of employee accessibility in a 24/7 society, it's inevitable that companies come under fire when inattentive drivers crash on company time. Employers have paid millions of dollars in recent years in cases where drivers were calling or texting on work time - even if they were making a personal call. In one of the biggest cases to date, it cost $16 million for Little Rock, Ark.-based Dyke Industries Inc. to settle a lawsuit brought after a salesman, who was driving and phoning, injured an elderly woman in 2001.

"If you're engaged in conduct that distracts you from doing what you should be doing and an accident results, it's easy to establish that your conduct is negligent," says David S. Rosenthal, an employment lawyer with Boston-based Nixon Peabody LLP. He advises corporate clients to have and enforce a policy on electronic devices and driving, and to give workers the latest, safest technology.

Some companies, however, are taking the strictest approach: banning all electronic devices while driving.

In April, Wilmington, Del.-based DuPont tightened a two-year-old policy allowing hands-free phoning while driving in emergencies or for brief "can't talk now" calls. Now, the use of all electronic devices - even hands-free - is prohibited while "operating a mobile vehicle" on company time. Last year, UPS added texting to a ban on cellphones and driving, even with hands-free devices. "If you receive a call, pull over to a safe spot to take it," the policy says.

Pharmaceutical firm AstraZeneca US, also based in Wilmington, Del., prohibits all use of electronic devices while driving, and makes sales reps driving company cars accountable through written testing on safety policies. AstraZeneca has 1,000 employees in Massachusetts.

Senior AMEC executives created the mandate for the London-based firm's 9,000 North American employees after watching a presentation created by a Canadian woman whose husband was killed when he veered into an oncoming truck while using a cellphone. It took time, however, for the company's on-call culture to fully adapt to a self-enforced mandate, even one with serious high-level backing.

"At that time, BlackBerrys had really started hitting it big. There were so many folks that were very attached to that instant communication," recalls Kevan Gale, head of the firm's 90-person Westford office.

To cope, workers traded tips, such as playing relaxing music during traffic jams. They still police one another; those who sense they are talking with a distracted driver urge the person to pull over.

"It's a bit of mind training that has to go on, to develop to the point where you're not going to jump to answer that ring," says Gale, who locks his cellphone in his briefcase on road trips and rarely takes a call during off-hours.

AMEC hasn't tracked whether accident rates have dropped, yet the ban won a ringing endorsement a year after taking effect, when 93 percent of employees said they hadn't experienced a drop in productivity as a result. This may be because employees plan better, making calls before or after trips, and relish the newfound quiet time, spokeswoman Lauren Gallagher says.

"It's similar to being on an airplane," she says of her uninterrupted driving time. "You can kind of meditate on things instead of having that barrage of cellphone calls and everything else going on."

Plan Ahead. Call and send messages before leaving your desk.

Play relaxing music in traffic jams to reduce the frustration of "not doing anything."

Turn off wireless devices. Still tempted? Lock them in a bag. Place the bag in the trunk.

Put a message on your voicemail saying, "I'm in a meeting or driving."

Take a cab instead of driving, especially on out-of-town trips.

Warn people who regularly call - i.e. spouses - that you aren't available in transit.