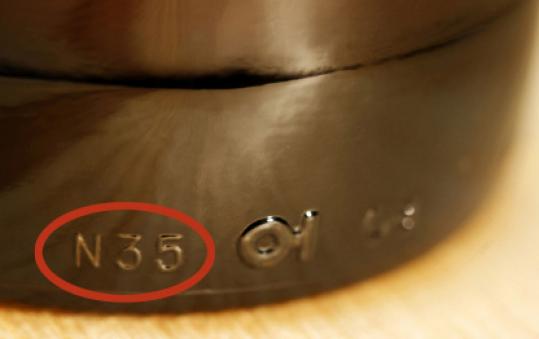 Boston Beer Co., the Boston brewer of Samuel Adams craft beers, said it is recalling an undetermined amount of beer because of defective bottles that may contain glass particles.

The company said the defective bottles came from a glass company that provides Boston Beer with about a quarter of its glass bottles. The "small grains or bits of glass" were discovered during a quality control operation at the firm's Cincinnati brewery, Boston Beer said. The problem was confirmed Friday, and traced to bottles coming from a single manufacturing plant.

The company said it has not received reports of injury involving the recalled bottles. A spokeswoman, Michelle Sullivan, estimated the particles of glass are found in fewer than 1 percent of the bottles coming from the problem plant. Only Samuel Adams beers in 12-ounce brown glass bottles are involved in the recall. Potentially dangerous bottles are embossed around the bottom with the code N35 followed by OI.

Jim Koch, founder of Boston Beer Co., said it is the company's first recall since it began in 1984.

"We are disappointed and disturbed by this development, and we are doing everything we can to address the situation," Koch said in a statement. "Brewing great beer is not enough. Because of these bottles supplied to us from an outside vendor, we didn't live up to our drinkers' expectations."

Boston Beer shares, which shot up last month when the firm reported better-than-expected earnings, yesterday lost $1.09, or 2.3 percent, to close at $45.41. More than 330,000 shares were traded, about twice the average daily volume for the past 50 days. A company spokeswoman said it was too early to estimate how much the recall might cost.

The company said it is contacting wholesalers to recall potentially defective bottles before they reach store shelves. "We think a small percentage is at retailers," said Sullivan.

"While the possibility of injury to an individual consumer is very low, people who bite or swallow a fragment of glass could possibly be injured," the company said in its statement.

Consumers who purchased beer in the potentially defective bottles are urged to discard the beer and bottles. They can register for a refund online at consumerinfo.samadams.com. They can also call 888-674-5159 for more information.

The company's local brewery in Jamaica Plain is not affected because it supplies only beer in kegs.

Jeffrey Krasner can be reached at krasner@globe.com.