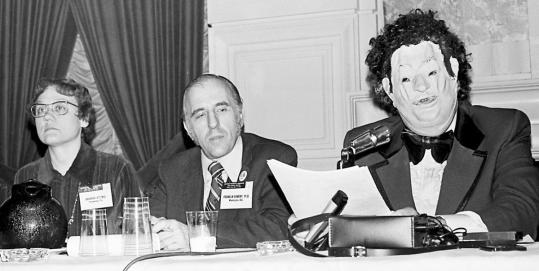 WASHINGTON - Frank Kameny was out and proud before people knew what being gay meant.

Fired from his job as a government astronomer in 1957 for being gay, he refused to go away quietly. Instead, he got louder. He took his case to the Supreme Court in 1961 and helped stage the first gay rights march in front of the White House and Philadelphia’s Independence Hall in 1965.

Dr. Kameny died Tuesday at age 86, leaving a 50-year legacy as an advocate who chipped away at countless other barriers for gay people in America. He served as the initial protester, leader, and legal strategist of what would become a movement, one historian said.

“Frank Kameny was the Rosa Parks and the Martin Luther King and the Thurgood Marshall of the gay rights movement,’’ Yale Law professor William Eskridge told the Associated Press in May when Dr. Kameny’s papers became part of an exhibit on US constitutional history at the Library of Congress.

In recent years, Dr. Kameny saw changes in society that he never thought possible. Gay marriage became legal in a handful of states, including his adopted city of Washington. In 2009 he stood in the Oval Office as President Obama signed a directive extending benefits to same-sex partners of federal employees. Most recently he celebrated the repeal of the military’s “don’t ask, don’t tell’’ policy.

Franklin Edward Kameny was born in New York City. He graduated from Queens College and served in World War II before earning a doctoral degree in astronomy from Harvard.

He was a government astronomer for just five months when he was asked to meet with federal investigators.

He had been arrested for a misdemeanor in San Francisco that tipped off the civil service that he was probably gay, Eskridge said, and was fired. Dr. Kameny did not back down.

He contested his firing, writing letters to the US Civil Service Commission, both houses of Congress, and eventually the White House. He sued and lost in lower courts, but pressed on with a lengthy brief in 1961 that is now regarded as the first civil rights claim based on sexual orientation to be brought to the US Supreme Court. The court denied his petition.

Soon after, he cofounded the Mattachine Society of Washington, which advocated for equal rights for gays and lesbians.

In 1965, Dr. Kameny and 10 others became the first to stage a gay rights protest in front of the White House and later at the Pentagon and in Philadelphia.

“First-class citizenship for homosexuals,’’ their signs read, along with “Homosexuals ask for the right to the pursuit of happiness.’’ They wore suits and dresses at Kameny’s insistence.

Dr. Kameny’s early activism and advocacy for soldiers and federal workers who faced discrimination provided a model for the civil rights group Lambda Legal and the American Civil Liberties Union’s agenda on gay rights. He also helped persuade the American Psychiatric Association to delete homosexuality from its list of mental illnesses in 1973.

In 2009 the US Office of Personnel Management issued a formal apology to him for being fired solely based on his sexual orientation.

He leaves a sister.