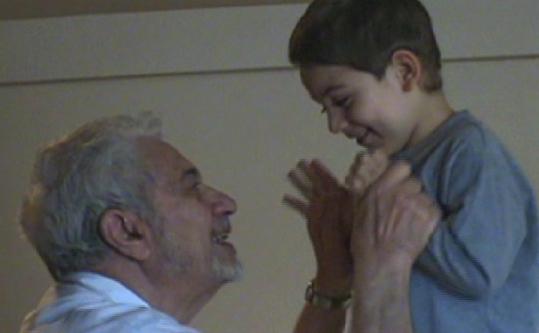 When parents of autistic children sought out Newton psychologist Arnold Miller to treat their children, he sometimes said they were entering “a secret garden.’’

His approach, known as the Miller Method, placed children on a wide-open square platform raised 30 inches. He believed that elevating the children seemed to calm down their heightened sensory systems and promote eye contact with therapist and parent working together around the square. The Miller Method also relies on teaching sign language.

Dr. Miller, 84, who helped thousands of children for more than 35 years at the Language and Cognitive Development Center he founded in Boston with his wife, Eileen, died Aug. 27 at his home from pancreatic cancer.

Dr. Miller rejected autism therapies involving electric shock or other punitive behavior modification ideas and advocated an intensive, time-consuming method designed to break into the universe of a disordered child and teach from the inside.

Dr. Margaret Bauman, an associate professor of neurology at Harvard Medical School, said that in some ways, Dr. Miller was ahead of his time.

“The parents who were involved in that program really liked it and the kids benefited from it,’’ said Bauman, cofounder of the Lurie Family Autism Center in Lexington. “This is not a one-size-fits-all disorder.’’

At a demonstration last year of the Miller Method during a gathering of parents and psychologists, Dr. Miller said: “Our goal is to get a kid in this world. Many of these kids come to us - they don’t exist. They have no sense of being. If a child does not have an awareness of the self in opposition to another person, they can’t communicate.’’

Faced with an autistic child who was repeatedly kicking, for example, Dr. Miller would let the child keep kicking into his hand.

“He’d say, ‘Good, now do this.’ Within 5 minutes, the child had stopped with the uncontrollable behaviors and . . . was focusing on what Arnold wanted,’’ said Gerald S. Fain, a friend and retired chairman of the Department of Special Education at Boston University.

Svetlana Novakovic of San Diego first brought her 10-year-old daughter to Boston for treatment with Dr. Miller four years ago. “He had the most intelligent and compassionate eye. He could just see things in a very intelligent way, but also a humane way,’’ she said.

Novakovic credited the Miller Method with allowing her daughter to communicate. “It made language possible. She can communicate verbally now.’’

Stephen Shore, an assistant professor at Adelphi University in New York who was diagnosed at age 2 with autistic tendencies, called Dr. Miller a treatment pioneer. He said Dr. Miller encouraged him to write his own book, “Beyond the Wall: Personal Experiences with Autism and Asperger Syndrome,’’ and had offered to underwrite the book before he eventually found a publisher.

“He said you have a story and it needs to be told,’’ said Shore, who also wrote “Understanding Autism for Dummies.’’

Shore hopes Dr. Miller’s passing will generate new interest in the Miller Method. “People need to know about it,’’ he said.

Dr. Miller was a native of the Bronx and grew up on Long Island, the son of a concert violinist. His parents also ran a Burgerland in Mineola, N.Y.

He served in the Navy during World War II as a radio operator, before attending City College of New York on the GI Bill. He earned his undergraduate and graduate degrees in education from City College and played violin.

He moved to Worcester in the 1950s to earn his doctorate in psychology at Clark University. His mentor was the Austrian developmental psychologist Heinz Werner, according to his family. In the early 1960s, Dr. Miller was an associate professor of psychology at the University of Montana.

He was married 45 years to Eileen (Faythe), a speech pathologist from New York, with whom he shared his life’s work. They met at a psychology convention. She died in 2004 from complications of a liver transplant.

His first marriage ended in divorce.

Together, the Millers opened their development center in 1964. In 1974 they moved the center into a brick schoolhouse on Wyman Street in Jamaica Plain. They treated more than 40 children each year, many who were sent by special-education programs in nearby school districts. Dr. Miller said that about 70 percent returned to mainstream classrooms.

After his wife’s death, Dr. Miller downsized the center and began focusing on training others in the Miller Method through videoconferencing and workshops.

Last year, the Miller Method went head-to-head with the more widely used autism therapy known as Applied Behavioral Analysis during a demonstration in San Diego. Both therapies were used for an hour with a 4-year-old nonverbal autistic child.

Dr. Miller published two books, “From Ritual to Repertoire’’ (Wiley, 1989), about the theory behind his treatment, and a layman’s guide, “The Miller Method’’ (Kingsley, 2007).

“Dad’s biggest contribution to the treatment approach is to say there is an inner child in there. He’s in there.’’ said Dr. Miller’s oldest son, Loren of Arlington, a filmmaker. “We can bring him out and we can leverage the parts of these two worlds.’’

In addition to his son, Dr. Miller leaves two other sons, David A. of Waban and Ethan B. of Chestnut Hill; a sister, Celia Sterling-Marsh of Laguna Hills, Calif.; and three grandchildren. Burial was in Sharon Memorial Park.