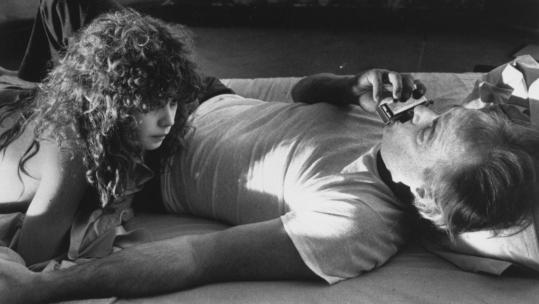 Ms. Schneider was just 19 when she starred opposite Marlon Brando in “Last Tango in Paris.’’ (United Artists)
By Jenny Barchfield Associated Press / February 4, 2011

PARIS — Maria Schneider, the French actress who was Marlon Brando’s young costar in the steamy 1972 film “Last Tango in Paris,’’ has died at age 58.

Ms. Schneider died yesterday in Paris “following a long illness,’’ a representative of the Act 1 talent agency said, but declined to provide details.

Ms. Schneider was 19 when she starred opposite Brando in Bernardo Bertolucci’s racy “Last Tango in Paris.’’ In it, she played Jeanne, a young Parisian woman who takes up with a middle-aged American businessman, played by Brando.

Full of explicit sex scenes, “Last Tango’’ was banned in Italy for obscenity for nearly two decades, returning to cinemas there only in 1989. In the United States, the movie still has an NC-17 rating for its sexual content, meaning it can’t be seen by children under 17 years of age.

“She will remain a singularly strong image of today’s woman,’’ Mitterrand said, adding that she was “a cinema icon.

Though Ms. Schneider appeared in more than two dozen films during her career, none would bring her even a fraction of the success of “Last Tango.’’

In 1975, Ms. Schneider featured in Michelangelo Antonioni’s “The Passenger,’’ a wandering existential drama starring Jack Nicholson as a frustrated and erratic war correspondent. Her last movie, “The Key,’’ by director Guillaume Nicloux, was released in 2007.