Elliott Stone, 79, lover of art, including the art of conversation 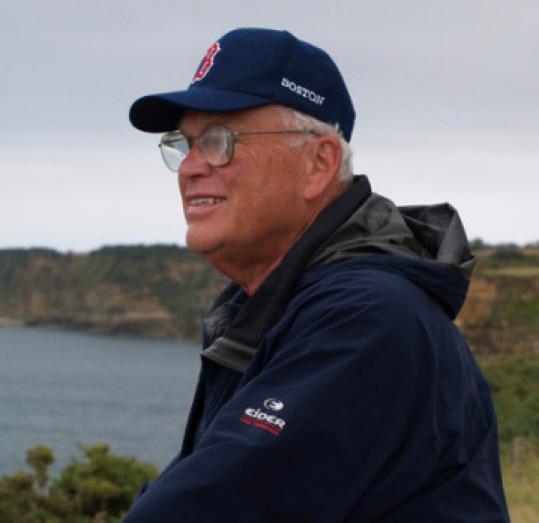 Arguing without being argumentative, Elliott Stone brought the vibrancy of youth throughout his life to discussions of his passions in art and literature that he conceded some might find obsessive.

“I am deeply involved in promoting the case of Edward de Vere, 17th earl of Oxford, as the true author of the Shakespeare canon,’’ he wrote several years ago, adding that “my friends and relatives are all aware of my need to immerse myself in this topic and do their best to interest me in other topics.’’

They didn’t have to work too hard. For Mr. Stone, taking the Bard of Avon down a notch always took a back seat to showering generous attention on those around him.

“Dad looked at the interests of each child and grandchild specifically and individually — from football to tennis to elephants,’’ his daughter Leslie, of Brooklyn, N.Y., said at his memorial service last month. “He took the time to talk to people and took an interest in their interests.’’

Mr. Stone, a lawyer and advocate for consumer credit unions who often wished he had been an art historian, died of cancer Dec. 19 in his Cambridge home. He was 79 and previously had lived for many years in Newton, where his family’s home and swimming pool became a de facto country club for a generation of neighbors.

“He was somebody who was a real intellectual,’’ said his brother, Dr. Alan A. Stone of Cambridge, the Touroff-Glueck professor of law and psychiatry at Harvard University. “When he went to Harvard, he was interested in the history of art, he was interested in the finer things in life. I think he went to law school basically because he needed to find some way to make a living.’’

Working as a lawyer and running a credit union his father had started, Mr. Stone used his career to help people by extending personal and business loans. Still, he left little doubt that his heart lay elsewhere. For the 50th anniversary report of his Harvard class, he wrote what he would have done differently: “I would have gone on to graduate school with a goal of a career in art history.’’

In 1978, Mr. Stone noted in his 25th class report that he was “somewhat in demand as a tour guide through Boston’s museums.’’

That may have been an understatement. Many a patron of the Isabella Stewart Gardner Museum in close proximity benefited from Mr. Stone’s intimate knowledge.

“I think the thing about my father that really touched me was his quiet generosity and his love for helping people in so many different ways,’’ said his daughter Jennifer Stone Lesnick of Wellesley.

As long as he could drive, for example, Mr. Stone always offered to take people to their destinations. Passengers ranged from his children and friends to neighbors and even a stranger he and his grandson Jonah Stone Rosenblum of Irvington, N.Y., encountered while rearranging flight plans to dodge a snowstorm.

“Every gesture of generosity was for other people, not himself,’’ his daughter Audrey Stone, of Irvington, N.Y., said in her eulogy.

“He shared all his gifts: His gift of love for family and friends, his gift of learning, his gift of literature and art,’’ Jennifer said. “And he shared without expecting or even wanting anything in return, except for other people’s happiness or success.’’

Mr. Stone, who had two older brothers, graduated from Boston Latin School in 1949 and spent two years at Cornell University in Ithaca, N.Y., “where he absorbed everything their art history department had to offer,’’ his brother Alan wrote in a tribute. “He then transferred to Harvard, where he began his lifelong study of Italian Renaissance art.’’

Mr. Stone received a bachelor’s degree at Harvard in 1953 and graduated from Harvard Law School in 1956.

Two years after beginning to work in his father’s law firm and credit union, Mr. Stone, a Republican, challenged US Representative Thomas P. “Tip’’ O’Neill. He lost, but “Roll Along with Stone’’ campaign signs made him well-known.

In 1963, he married Betsey Goldman and they settled on Highland Avenue in Newton, where their home and cookouts became a magnet for neighbors, as did a Cape Cod retreat in Brewster.

Semi-retired by his early 60s, Mr. Stone attended his grandchildren’s activities, played cards with them, and offered life lessons to the newest generation.

“When we would play our long games of poker, he would always be the one to ante-up for everyone, and then when he won, he always made sure to give away his winnings,’’ his grandson Gabriel Rosenblum of Irvington, N.Y., said at the service.

“Every time I got in the car with him when he was taking me to something, I would always learn something new,’’ said his granddaughter Cecelia Lesnick of Wellesley.

“I hope to be wise like him some day, share my thoughts and opinions with the world, and have them appreciated by everyone in my life,’’ Cecelia’s sister, Julia, wrote in her eulogy.

In addition to his wife, three daughters, two grandsons, two granddaughters, and brother, Mr. Stone leaves an infant granddaughter and namesake, Reed Elliott Stone of Brooklyn, whom he got to hold when she was 3 weeks old.

“For many years, he and I would go out to dinner once a week and almost always we would discuss Shakespeare,’’ his brother said. “We were in Legal Sea Foods and we were having this heated discussion that went on and on. A young man at the next table got up to leave and said, ‘You’re lucky you have each other,’’ and that’s the way I feel. Elliott was my best friend as well as my brother, and he was an incredibly endearing person. He was always that way. He didn’t have a malicious bone.’’