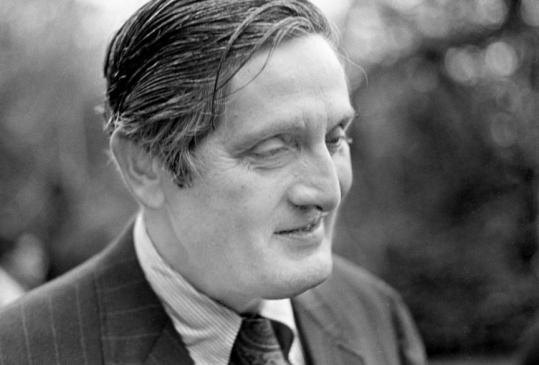 Twenty years ago, as the crumbling of the Berlin Wall signaled the end of the Cold War, Carl Kaysen wrote an essay whose title asked: “Is War Obsolete?’’ Coming from someone else, the question might have seemed rhetorical or whimsical, but Dr. Kaysen’s career brought to his musings the force of history.

He was President John F. Kennedy’s personal representative to talks that resulted in the 1963 signing of the Partial Test Ban Treaty to prevent nuclear bomb tests in the atmosphere, underwater, and outer space. He succeeded J. Robert Oppenheimer, who directed the Manhattan Project, as director of the Institute for Advanced Study in Princeton, N.J.

“He was a very wise man, one of Kennedy’s wisest counselors,’’ said Theodore C. Sorensen, Kennedy’s special counsel and speechwriter.

Dr. Kaysen, a professor emeritus of political economy at the Massachusetts Institute of Technology, died in his sleep early yesterday at his home in Cambridge at the age of 89. His health had failed after a bad fall in October and a decade of battling spinal stenosis.

As Kennedy, Bundy, and others spent 13 days and nights of brinksmanship during the Cuban missile crisis, “Carl was essentially in charge of all other White House foreign policy matters during that time,’’ Sorensen said. “The president had complete confidence in him.’’

Dr. Kaysen’s leadership led some in the White House to nickname him the “vice president in charge of the rest of the world.’’ Reflexively modest, he never trumpeted that role.

“He was low-key, never loud, and maybe that’s why he is an unsung hero,’’ Sorensen said. “He received much less publicity and attention compared to other people in Kennedy’s White House and inner circle.’’

Although Dr. Kaysen’s career as an economist took him to teaching posts at Harvard and MIT, along with the Institute for Advanced Study, his most lasting contribution may lie in his work for Kennedy while negotiating the Partial Test Ban Treaty.

“I think he was the principal officer in the White House helping to shepherd that through,’’ said Sorensen, who added that he would miss Dr. Kaysen, one of his closest friends.

“He spent his entire life, right up to last week, trying to deflect and change the impulse toward war,’’ said James Carroll, a columnist for the Globe’s opinion pages who chronicled some of Dr. Kaysen’s contributions in the 2006 book, “House of War: The Pentagon and the Disastrous Rise of American Power.’’

Dr. Kaysen “played a pivotal role at what is the pivot of the whole story, when Kennedy basically shifted US policy from arms buildup to arms control,’’ Carroll said. “Kaysen was critical in putting in place the arms control regime, which ultimately enabled the Soviet Union and the United States to end the conflict nonviolently.’’

In his 1990 essay, Dr. Kaysen searched for a way for the world to stop seeing war as inevitable.

“The international system that relies on the national use of force as the ultimate guarantor of security, and the threat of its use as the basis of order, is not the only possible one,’’ he wrote. “To seek a different system with a more secure and a more humane basis for order is no longer the pursuit of an illusion, but a necessary effort toward a necessary goal.’’

Born in Philadelphia, Dr. Kaysen graduated in 1940 with a bachelor’s degree from the University of Pennsylvania, then did graduate studies at Columbia University while serving on the staff of the National Bureau of Economic Research.

“We invented a form of poetry called bomb damage assessment,’’ he told Carroll during interviews for “House of War.’’

Rather than send planes to bomb civilian areas, Dr. Kaysen and his colleagues sought to specify locations, such as oil refineries, that would hobble the German Army.

After the war, he went to Harvard, where he studied economics and received a master’s and a doctorate. He began teaching at Harvard in the mid-1950s and, except for his work with the Kennedy administration, stayed until 1966, when he became head of the Institute for Advanced Study. He resigned from that position in 1976 and joined MIT’s faculty.

Dr. Kaysen married Annette Neutra, whom he had known since they sat next to each other in first grade, in 1940. They had two daughters, Susanna of Cambridge and Jesse of Madison, Wis., and moved where his career took them: to Washington, D.C., to London on one study grant and Greece on another.

His wife died in 1990. Four years later, he married Ruth Butler, a writer.

“He did great things, but he was extremely modest,’’ Butler said. “There was a quietness about his sense of his own life that was really enchanting.’’

Dr. Kaysen, she added, “had a beautiful voice,’’ the kind that - combined with his intellect - could dominate any room and any discussion, though he usually chose to avoid doing so.

“He was a famously great teacher,’’ said Susanna, who wrote the acclaimed memoir “Girl, Interrupted.’’ “Of course, I never took a class from him, but my whole life was a class from him.’’

She said her father, who was known for reading a few books at a time, had tastes that ranged from high culture to popular fare. He could quote the German writer Goethe and liked to listen to jazz pianist Fats Waller.

For decades, Dr. Kaysen was a member of the American Academy of Arts and Sciences in Cambridge, and cochaired its Committee on International Security Studies. In 2002, he coauthored “War With Iraq: Costs, Consequences, and Alternatives.’’

Leslie Berlowitz, CEO of the organization, said with “a very quiet wisdom and a wry, ironic sense of humor,’’ Dr. Kaysen brought “his wealth of experience in arms control and international negotiations to the academy,’’ which became a key area of study.

“He was the soul of calm and kindness,’’ Carroll said of Dr. Kaysen’s leadership at the academy. “He was the most unfailingly gracious person, and was profoundly respectful of other people.’’

A memorial service will be announced.