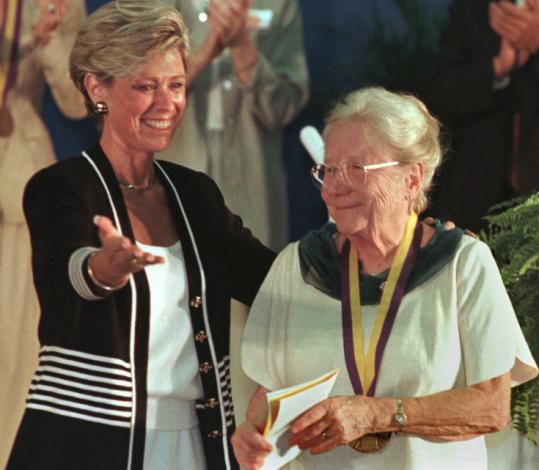 WASHINGTON - Florence S. Wald, a former Yale University nursing school dean who brought the hospice movement to the United States and started the first American hospice unit, died Nov. 8 at her home in Branford, Conn. No cause of death was reported. She was 91.

Her interest in end-of-life issues was sparked in 1963. Cicely Saunders, an English physician who was a pioneer in the field, gave a lecture at Yale describing her approach to treating terminally ill cancer patients by easing pain and suffering in the final stages of life so they could concentrate on their relationships and prepare for death.

"She made an indelible impression on me, for until then I had thought nurses were the only people troubled by how a terminal illness was treated," wrote Dean Wald, who informally retained the title of dean after she left the Yale post in 1966.

After hearing Saunders's lecture, Dean Wald immediately sought to revamp nursing education to focus on patients and their families and involve them in the patients' care.

She resigned from the deanship to educate herself about the hospice movement. In 1969, she spent a month at St. Christopher's Hospice in London, the hospice founded by Saunders. When she returned to the United States, she formed an interdisciplinary team of doctors, clergy, and nurses to study the needs of dying patients. In 1974, that team founded the first US hospice, Connecticut Hospice in Branford. At first, it provided only home care; by 1980, it had an inpatient facility.

The hospice movement rapidly expanded, with programs sprouting by the dozens, then hundreds. In 1982, Congress required Medicare to pay for hospice care, which put the treatment in mainstream medical practice. Today, about 3,200 hospice programs serve about 900,000 patients a year in the United States.

"Hospice care for the terminally ill is the end piece of how to care for patients from birth on," Dean Wald once wrote. "As more and more people . . . are exposed to this new model of how to approach end-of-life care, we are taking what was essentially a hidden scene - death, an unknown - and making it a reality. We are showing people that there are meaningful ways to cope with this very difficult situation."

During the 1990s, Dean Wald joined the board of the National Prison Hospice Association. She also declared her support for physician-assisted suicide.

"There are cases in which either the pain or the debilitation the patient is experiencing is more than can be borne, whether it be economically, physically, emotionally, or socially," she said. "For this reason, I feel a range of options should be available to the patient, and this should include assisted suicide."

She was born Florence Sophie Schorske on April 19, 1917, in New York. When she was young, she spent months in a hospital because of a chronic respiratory ailment, an experience that inspired her to enter nursing. She graduated from Mount Holyoke College in 1938 and received a master's degree in nursing from Yale in 1941. During World War II, she worked as a research technician with the US Army Signal Corps.

After the war, she became a staff nurse with the Visiting Nurse Service of New York and a research assistant in the surgical metabolism unit of the College of Physicians and Surgeons in New York. She also spent two years as an instructor at Rutgers University's nursing school.

She returned to Yale and received a second master's degree in mental health nursing in 1956 and then became an instructor in the nursing program. In 1958, she was appointed acting dean of the school, a position that became permanent a year later.

At Yale, Dean Wald was credited with making the study of nursing more academically rigorous, and she revamped nursing education to focus on involving patients and their families in treatment.

She was inducted into the National Women's Hall of Fame in 1998. She was also named a "living legend" by the American Academy of Nursing.