My father, the zero

He died recently. Maybe I’d feel sad -- if we had met. 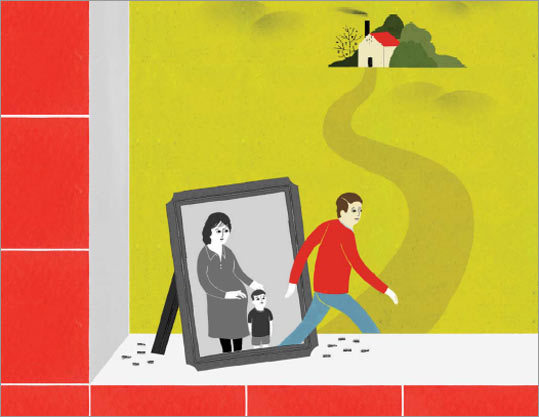 The news I had been expecting – anticipating, dreading – for nearly 40 years came the other night in a phone call. My mother was on the line, telling me that she’d just learned that my father had died a few weeks earlier.

With barely a pause, I asked if she knew how he’d died. I was concerned more with genetics than anything else. Lung cancer, she said. Did he smoke? Yes, he was a heavy smoker. After a moment, she asked how I felt.

“Honestly,” I said, “it’s like you’re telling me a stranger died.”

I never met my father, despite the fact that he lived 11 miles from the house I grew up in. He left us – my mother and me and my yet-to-be-born brother – when I was a year old. When I was 3 my mother remarried, and a few years later I had another brother. It would be several years before I came to realize that my “father” was actually my stepfather. At some point, I asked why one of my brothers and I had a different last name than the rest of the family. My parents explained the situation, and that was that. There was no mental trauma, though occasionally I wondered why I never heard from my biological father.

He was a taboo subject in my household, presumably because of the pain he had caused. Only once do I remember bringing him up in conversation. I was 8 or 9, and I was looking at some old LPs that my mother kept in a cardboard box. I asked if they were hers from when she was a girl. No, she told me. “They were his.” I knew whom this his referred to, and I decided to plunge in: “What’s his name?” “Mud,” she told me. “His name is Mud.”

It wasn’t as though his absence left a hole in my life. I had two parents; my stepfather was my dad. He taught me how to ride a bike, tie a necktie, shave, and change my oil. As soon as I turned 18, I legally changed my last name to his; two years later, my brother did the same. We erased any connection to our biological father.

Six years later, when I was 24 and newly married, my father made one tiny attempt to contact me. My wife and I returned from our honeymoon to find a card addressed to us at the home of her parents. He must have known I had changed my name, seen the wedding announcement in the paper, and tracked down the address. “Congratulations,” was all the card said, followed by his signature. A check for $100 fell out. The next day I mailed the check back to him with a note that simply read: “I cannot accept this from you.” That was 17 years ago. I never heard from him again.

Mostly this didn’t bother me. It certainly didn’t upset me. After all, I had a father; I didn’t need another one complicating things. But once I had children of my own, his abandonment and cowardice began to make me angry. I look at my own children and think: How can a father just up and leave? The dissolution of a marriage doesn’t mean you pretend your children don’t exist.

When I turned 40, I considered confronting him. I imagined myself walking up his front steps, ringing his doorbell, and demanding an explanation. One night, after a beer with my brothers, I almost worked up the nerve, even driving by his house on the way home. But he was the one who screwed up. I wasn’t going to make the move.

On the phone, my mother asked if he had tried to contact me in his final days. In the age of Facebook and , I’m not hard to find. And it was a slow, drawn-out death, my mother had heard, so he had had time to reflect on his regrets. But, no, he hadn’t. Even in the face of death, apparently it wasn’t important to him to make amends with his sons – or even to meet them. He went to his grave unaware that he had grandchildren.

After I hung up with my mother, I went to the computer and searched for his obituary. I found it, accompanied by a photo. It was the first time I’d ever seen a picture of him. I stared at it for some time, waiting to feel something, expecting to make some connection, finally, with the man who had left us four decades ago and never looked back. But it didn’t happen. In the end, it was just a picture of a guy I didn’t know. The obit didn’t reveal much, either, but I was shocked to see my brother and myself listed as survivors, alongside his daughter from his second marriage.

My sister. I’ve never met my sister. Maybe I should try to find her.

Steve Greenlee is the Page One features editor for the Globe. E-mail him at greenlee@globe.com.