Hubris, at all levels, drags the system down. And no law can fix it. 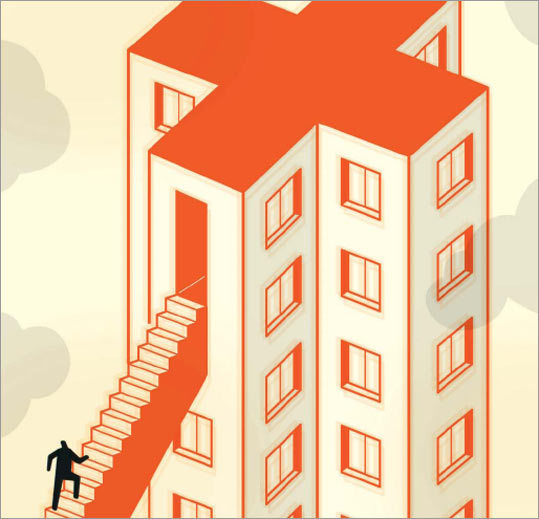 In his latest book, How the Mighty Fall, Jim Collins outlines the five stages of decline of once-great companies. Stage 1 is what he calls Hubris Born of Success. He details companies whose leaders became a little too proud of what they had accomplished. They started to believe too deeply in their own greatness. They became complacent.

That is my diagnosis for American medicine. Our health care system has produced phenomenal achievements, discoveries, and cures. It would be hard not to let that go to our heads. And we have. As a hospital executive, I have noticed this attitude across the health care industry – in those who deliver it, those who teach it, even those who consume it. And though health care reform is now law, we will not see transformational change until we address this collective arrogance that infects our system.

In a 2008 survey by the Harvard University School of Public Health and , 55 percent of US respondents said patients in America received better care than those in Canada, Great Britain, and France. Perhaps this is why Americans have been so ambivalent about reform. But the facts suggest we do not have better care than other countries; not even close. In 2007, a report by the private foundation the Commonwealth Fund compared the United States with Australia, Canada, Germany, New Zealand, and Great Britain and found our system ranks last or next to last in the categories of quality, access, and efficiency.

In 1999, the nonprofit Institute of Medicine issued a seminal report estimating that as many as 98,000 Americans were dying in hospitals each year as a result of preventable errors. That was supposed to be a wake-up call. But apparently we are still groggy. A recent study published in the journal Health Affairs found that 10 years later there was only modest improvement. When makes mistakes that possibly result in dozens of deaths, the country is outraged. When hospitals make mistakes that result in some 100,000 deaths per year, we shrug.

Hospitals are governed by mostly volunteer boards. Given the sobering statistics on preventable harm, one would expect these trustees to be intensely focused on overseeing the quality of care in their institutions. But another study published last year in Health Affairs surveyed more than 1,000 US hospital boards, and fewer than half rated quality of care as one of their top two priorities. If a board isn’t sufficiently focused on quality, how can we expect the rest of the organization to be?

Physicians play leading roles in the delivery of our health care. And while most doctors are incredibly compassionate and want to have meaningful relationships with their patients, they are being asked to manage care in a complicated system full of broken processes and disappointing outcomes. Their journey to becoming a physician clashes with the reality of being one. The result is often frustration and, increasingly, poor behavior.

In 2008, the Joint Commission, which accredits most US hospitals, issued a rare patient safety alert about this subject. Mostly, the problematic behavior is subtle: “reluctance or refusal to answer questions, return phone calls or pages; condescending language or voice intonation; and impatience with questions.” But it sends an unmistakable message: I am better than you. Who are you to question me? And there is nothing more destructive to the culture of hospital safety.

Why is teamwork anathema to many physicians? Perhaps the problem lies in how they are educated. Medical schools train doctors to be independent artisans who excel at their craft. Autonomy is a sacred value. But in today’s complex system, this model is outdated and becoming dangerous. Recently, the Lucian Leape Institute, composed of patient safety experts, called for serious reform of the medical school curriculum to teach “a different model – one that emphasizes collaborative practice and inter-professional teamwork.” Yet, medical schools are slow to change. Why? The report singles out “professional egocentricity” as one obstacle.

There is admittedly much good happening in American medicine, and we are very comfortable talking about our virtues; not so much our vices. It’s time for administrators, physicians, and educators alike to take a hard look in the mirror. The new health care reform law won’t solve the problem; you cannot legislate humility. This change must come from within.