The Kindness of Neighbors 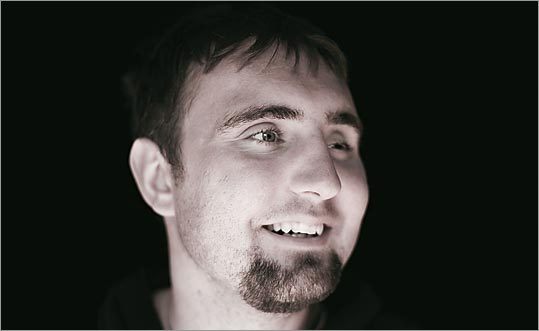 Ask anyone in Wellfleet what they like most about the oyster capital of the Northeast and they will tell you it's the town's character, thanks to its one-of-a-kind year-rounders. And no one epitomized the year-round population more than the Potter boys. Caleb, Kai, and Max were well known throughout town, as were their parents, Sharyn Lindsay and Jan Potter, who divorced 13 years ago. The brothers stayed close to home after graduating from Nauset High School. In the summer of 2007, Caleb, then 25, was tending a grant as a shellfisherman; Kai, then 23, was a landscaper with his mother's business; and Max, then 21, worked with his father as a carpenter.

Like so many on Cape Cod, the Potter family and their close friends survived tough economic times with a "pick yourself up by the bootstraps" mentality. Most worked one job in the summer and cobbled together odd jobs in the off-season. Many have lived in other people's cabins or boats for at least one summer, so they could rent out their houses to vacationers for extra money.

But in uncertain times, Caleb Potter was a bright spot. He would leave friends and neighbors surprise pick-me-up notes. You'd be hard pressed to find someone who hadn't caught a wave with him at Lecount Hollow Beach. He wasn't the town's star athlete or the school's valedictorian. But everyone looked forward to seeing him march in the Fourth of July parade every summer. He'd walk as his alter ego "Yellowbeard," a pirate character he inherited from another town resident. Caleb would enthusiastically don frayed pants, a leather pirate hat, and a black tailcoat. Local kids giggled at his exaggerated swagger and raced for the "gold" (chocolate wrapped in gold foil) he'd throw at them.

On the afternoon of July 4, 2007, Caleb was in especially high spirits. The parade was over and he'd changed out of his pirate costume into jeans and a T-shirt. He got on his skateboard and grabbed on to his friend Shaye Cavanaugh's truck for a ride. But as Cavanaugh drove away, the skateboard slipped out from under Caleb. He fell, slamming his head onto the pavement. Blood gathered in a puddle around his head.

He was rushed by ambulance to Cape Cod Hospital in Hyannis. Doctors said he had cracked his skull in multiple places. They didn't expect him to make it through the night. "I told him that if he needed to go, he could do that," says Sharyn Lindsay. "But when he lived through the night, I knew he wanted to fight for his life."

Jodi Birchall was at her Wellfleet home when she heard about the accident. She immediately thought of Sharyn. They'd been friends since Sharyn had moved to Wellfleet from Ohio in 1973, and their kids had grown up together. A few days later, Birchall went to the local Cape Cod Five Cents Savings Bank and deposited $100 in a new account and called it the Caleb Potter Benefit Fund. As news of Caleb's accident spread, so did word of the account. Quickly, deposits of $5 and $20 poured in. Within a week, about $18,000 had collected in the account. Birchall's phone was ringing off the hook. "Jugs were left around town," she says. "People showed up at my door, handed me all this cash, and said, 'Here you go.' "

Within a few weeks, Wellfleet started to feel like the most generous town in America.

While Caleb underwent a number of surgeries to reduce brain swelling and repair his skull at Mass. General, where he had been transferred, concerned townspeople gathered at the Wicked Oyster, a restaurant in Wellfleet, and started planning events to inspire the community to keep giving. Birchall, who fronts a band called The Rip-It-Ups, was scheduled to play a gig on July 15. She suggested that they use the opportunity to hold a benefit concert. Barbara Austin, one of the town's best-known oyster shuckers, gathered fellow local shellfishermen to donate food for the event (they sold every oyster and -- with an auction and raffle -- raised $15,000 that night).

A few elderly women knitted an afghan for the family. One of Sharyn's landscaping clients overnighted a smoked ham from Texas. Two summer residents (one of whom Sharyn didn't even know) let her stay at their vacant apartments in Beacon Hill while she was visiting Caleb. At the height of the summer rush in July, a number of young waiters and waitresses working at local restaurants decided to pool tips for the cause, raising $1,500. A shrine formed in the village green, featuring everything from candles and shells to pirate paraphernalia. Some of Caleb's surfing friends organized a prayer circle in the waves off of Lecount. Even the town's youngest wanted to help. A few sold lemonade and gave the proceeds to the fund. "I took a lot of pride in seeing the younger generation do what they did," says Birchall.

The pirate flag became the symbol of Caleb's fight. One of his friends from high school, Corey Brundage, ordered 100 flags and sold them around town. Caleb's best friend, Cedar Freyss-Cole, who had postponed his wedding because of Caleb's injury, culled a bunch of pirate flags from his collection (he loved pirate culture) and hung them everywhere he could. The flags even flew from the antennas of cars driving down Route 6.

After leaving Mass. General in mid-July, Caleb started therapy at Spaulding Rehabilitation Hospital in Boston. To remind him of home, Freyss-Cole's sister began collecting photos for a town album to give to Caleb in the hospital. People sent in pictures of themselves at places around town or at the beach. Caleb's jaw was wired shut, but his eyes lit up when he saw the book, and he'd nod as his mother turned the pages for him. Even though Caleb still had trouble communicating, he flashed a "that's cool" gesture popular with local surfers -- pressing thumb and middle fingers together and extending his other fingers.

After about four months between Spaulding and Mass. General, Caleb came home in a rainstorm in November. Though he had made progress physically and was able to walk, he was only starting to form words. He signaled his mother that he wanted to pass through downtown. About 100 people had gathered near Town Hall to welcome him home. Some waved pirate flags. Caleb opened the door, slowly, and made the surfers' hand gesture to the crowd. Applause erupted in the rain.

Caleb settled into his mother's house, despite some recommendations that he should be in a nursing home. (His medical complications didn't end there. In a few weeks, he'd be back in Mass. General with an infection, before coming home for good in January.) Caleb saw his father once a day for about a half-hour, but Jan Potter seemed to be struggling more than Caleb. Even though Jan and Caleb played cards and drew together, many of Jan's friends were worried about him. He wasn't talking about his son's tragedy, and he'd never truly dealt with the death of his own father only a year before. On the morning of April 1, Jan walked 5 miles in the rain to his favorite surfing spot at Newcomb Hollow Beach, pulled out his father's .45-caliber pistol, and shot himself in the head.

A memorial service took place at the beach a few weeks after Jan's suicide. A minister asked why a man the town of Wellfleet had loved so much could find himself in such a desperate state. Caleb stood stoically beside his mother and brothers. He could only say a few words, and that day, he didn't use many of those.

Caleb has come a long way in the last six months, though it's unclear whether he will ever fully recover. Doctors say it's still too soon to know how extensive the damage was from the accident. But he is getting steadier on his feet each passing day. He can ride a bike and paddle a kayak. He's been bowling and can do math and crossword puzzles. He and Kai started surfing, despite some concerns from Sharyn. He's even back to work part time.

In October, Caleb traveled with his mom and brothers (and many other residents of Wellfleet) to Freyss-Cole's wedding in Colrain. The groom had said that the postponed wedding would not take place until Caleb was well enough to deliver a speech as his best man.

Amid beautiful fall foliage on a crisp afternoon, Caleb raised his glass and toasted the couple, joking that he was disappointed when Freyss-Cole didn't propose to him -- a moment that marked his recovery as much as it did his friend's big day. On the way back, as the Potter family drove past the "Welcome to Wellfleet" sign on Route 6, they may have reflected on how much the town had done for them. "A bad situation brings out the best in people," Kai said recently. "It restores your faith in people and the ability of a community to draw together and take care of one of its sons."

Scott Lajoie is the editor of Cape Cod magazine. Send comments to magazine@globe.com.