For Me, School's Out

I may be leaving my profession and my old students, but I'm gaining new friends. 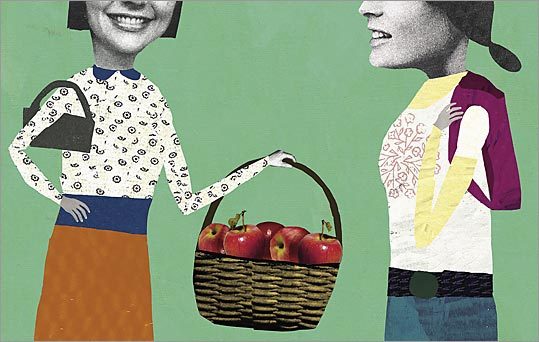 'Another round?" the waitress asked. I had just finished a glass of wine with Jill, and I was about to say no when I remembered my new status. I am no longer Jill's teacher. After nine years teaching high school English, I am no longer anyone's.

In June, I joined the approximately 10 percent of K-12 educators who depart the field every spring. While about a third of those retire, the rest move on to other professions. People tend to worry when teachers leave, and they should when it's because of untenable situations or low salaries. But that's not every case; it's certainly not mine. Besides, there's a silver lining to these statistics: Each time a teacher leaves, an ex-teacher is born.

Being an ex-teacher is a bit like my mother's definition of grandparenting: all of the fun, none of the responsibility. The kids I see now are the handfuls who have chosen to stay in touch. I'm not judging or grading; they're not being judged or graded. I never have to tell them to put their iPods in their backpacks, and do so now, please, because the bell just rang. There's just the cup of coffee when they're home from college, or lunch with one who wants to be a journalist, which is what I left teaching to be.

Current teachers can have this sort of relationship with graduates of their school, too, of course. I did, as did most of my colleagues. But it feels different now. Since I'm not getting to know a new batch of 15-year-olds, all my teacher-energy (which didn't disappear when I left the classroom) goes to kids from the past.

Sometimes, it's more energy than they want. On a visit to former student Rachel's first Allston apartment, I looked around, noted a half-dozen safety violations, and gently advised her to move. She gently advised me to butt out.

For teachers, there is fine line between getting invested in students and getting too invested for the wrong reasons - your own ego, the need to be needed. The line is equally thin for ex-teachers. I'm always happy when former students get in touch, because it's a pleasure to keep up with their news, but also, I confess, because I feel like Sally Field at the Oscars: "You like me! You really like me! You're talking to me out of choice!" (Often, though, they just want a letter of reference, so I come back down to earth.)

But there are the ones, like Rachel and Jill, who come back, and then come back again. Our relationship is now a friendship, yet the teacher-student dynamic never entirely vanishes. They seek me out, I believe, in part because they want a teacher-friend, not just a friend-friend. It's thrilling, if a little discomfiting, to realize an authority figure no longer has authority over you. There's also a value in talking to someone who knew you at 16 and cared about you, but with more distance and less of a personal stake than your parents have.

That's partly what I enjoy about my annual lunches with Elliot Lilien, who taught me social studies in 1992. We talk about history, politics, and books, but also about the ongoing saga of Alison's Life Choices, in which he is kind enough to still show an interest. In his reactions to my various dramas, I see some reflection of how the adult I've become relates to the kid I once was.

As an ex-teacher myself, I now understand why the letter I wrote him some years ago, soon before he retired (which said, basically, "Thanks. Your class made me love history") moved him as much as he said it did. Once you've left the classroom, the daily hustle, the paper-flurry behind, the reappearance of a former student is a sign that the work you did mattered, that it had lasting effects, that all those cloying cliches about teaching's intangible rewards - so often used to justify paying us badly - are nonetheless true.

So, too, are the intangible rewards of ex-teaching, especially the ability to get up for work at 7:30 in the morning instead of 5:30. "Did you want another round?" the waitress repeated, and I looked at Jill.

Alison Lobron, a freelance writer in Cambridge, is a frequent contributor to the Globe Magazine. Send comments to magazine@globe.com.