Tom Hanks, executive producer of the HBO miniseries John Adams, attended a showing recently at the Boston Public Library and put the patriot in perspective.

Nice to meet you, Tom.

Nice to see you. We've done this before, haven't we?

We have. At the Oscars, actually.

So is this your first red-carpet screening at a public library?

It might be, yes - which is obviously a very memorable thing for all of us.

I don't even know what it is. You know, there's only 24 hours in a day, and I just haven't been able to squeeze Jimmy Kimmel's Ben Affleck video into it. Sorry.

You started planning this miniseries at a time when Massachusetts didn't have enough incentives in place to shoot it here. Now that we do, is there any regret that you didn't wait?

Well it wasn't so much the incentives; it was really the physical limitations. In Virginia, we could build anything we wanted to. In Virginia, they had Williamsburg. If we could have shot as much as we needed to and it was financially viable, we would still run smack into how much freedom we'd actually have. I mean, there's the idea: Hey, shoot it at Peacefield [the Adams mansion]; it's actually still there. Well, you don't want a bunch of trucks and a bunch of lights, you know, hung around out there. We really needed to have a flow. If we would have had a vast amount of money, maybe we would have come here for a little bit. But it turned out to be easier to build Boston on a fake back lot.

Were you a John Adams fan before this?

No, I was not. I got a phone call from Graham Yost, who is our consulting producer, who had done a lot of work for From the Earth to the Moon and Band of Brothers, and he said "Have you seen [David] McCullough's book? There's some stuff in there you should look at." And as soon as I started reading it, I got up to his defense of the British soldiers in the Boston Massacre and I said, "Why don't I know this? Why didn't my teachers explain that the future president of the United States got these guys off ?"

So how would Adams, a Federalist, have fared in today's political climate?

The truth is, television would have devoured him. TV would have torn him up. He would be the butt of late-night jokes; there'd be viral jokes on the Internet about how short he was or what his goofy hair looked like. But if you were going to be listening to the debates on the radio as opposed to watching them on CNN, you would think, "Who is this magnificent man? I'm voting for him!" 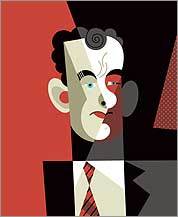