As recently as the 1940s, Newfoundland was a self-governing British dominion completely independent of Canada. When it became clear that Newfoundland would be better off joining a larger nation, most Newfoundlanders began looking south. They wanted to attach themselves to the United States, not Canada.

Polls taken in 1947 report that 80 percent of Newfoundland's population wanted to become Americans. After all, if you're going to join a club, why not go with the most powerful group on earth? Plus, Newfoundland's proximity and economic ties to New England made it a logical candidate to become the 49th state.

So what happened? Canada played hardball. In desperation, the Canadian government orchestrated elections to ensure the outcome they wanted. The United States government, not especially interested in acquiring a new state, didn't wage a counter-campaign.

Even today, talk of Newfoundland statehood resurfaces every so often--especially whenever Quebec threatens to leave Canada. Given Newfoundland's distinct history and isolated geography, it remains among the provinces most likely to extricate itself from Canada. If that happens, the United States is still the probable place to land. 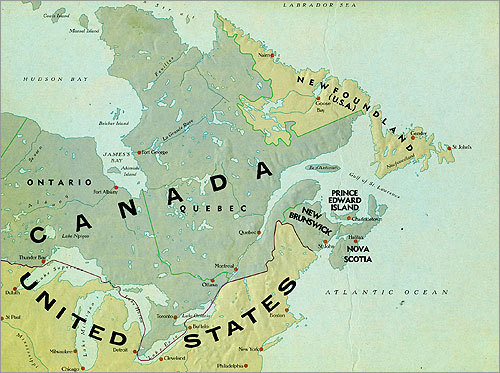