What if we studied the indoors as an environment all its own? 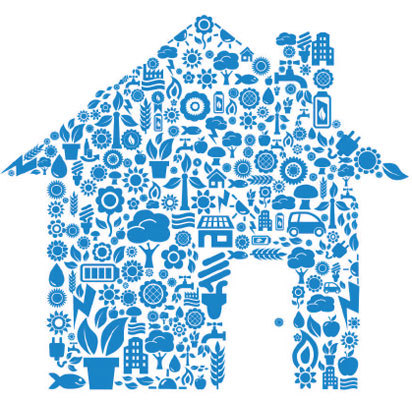 WHEN WE talk about the environment, what are we talking about? Understanding ecosystems is crucial to our health and the sustainability of our society, and studying them usually means venturing out into natural spaces. In recent decades, urban ecology has broadened this picture to include life in city streets and neighborhoods. But we have always seen the environment as involving the outside world.

Indoor spaces, by contrast, feel separate, sterile, and static. We don’t see the air in a room as part of our climate, or cleaning products as part of a geochemical cycle. And forget about biology in the indoors: ads assure us that every time we wipe the counter, we’re destroying 99 percent of germs, and that’s how we prefer it.

But a growing movement of scientists and engineers is arguing that it’s time to rethink our assumptions about what an environment is, and to give our indoor environments the same scrutiny we give nature. When it comes to our individual lives, the indoor environment may be the one that matters the most: we in the developed world spend an average of 23 hours out of every day inside. Microbiologists are now teaming up with architects, engineers, and indoor air researchers to start to better understand the ecosystems that surround us every day, and whose contents are largely invisible to the eye.

The “indoor ecology” movement is a fairly young phenomenon, but it is already starting to yield a picture that’s surprisingly intricate and diverse: A cubic centimeter of indoor air contains a thousand tiny pieces of solid or liquid material; a similar volume of house dust is a landscape of fibers, pollen, skin, and hair. Besides ourselves, and our pets, and our plants, this crowded environment is home to an ecosystem of microbial life - bacteria, fungi, viruses - that float freely or form tightly knit communities on surfaces and objects. And their lives are shaped by building materials, furniture, and the indoor climate - light, moisture, temperature, and the movements of air.

“We know so little about this system as a complex ecosystem,” says Hal Levin, a research architect with the Building Ecology Research Group in California, who argues that we should see buildings not as static objects, but dynamic environments that change over time.

As mysterious as the indoor environment remains, one certainty is that it has a critical role in our well-being. We know that trapped moisture can lead to mold spores, and that toxic chemicals can build up in unventilated rooms. But that’s only the beginning. Researchers studying indoor ecology hope their work will not only yield fundamental insights into the living systems bordered by our walls, but help building designers and managers create spaces that are better for human health. And in a larger sense, it may help us reconsider the notion that ecology stops outside our doors.

AT ONE TIME, humans inhabited spaces only roughly protected from the elements, with very little separating inside from outside. It was only as we constructed more elaborate structures, covered dirt with flooring materials, and sealed openings with windows and doors, that we began to live and work in spaces that could differ considerably from the world outside.

Our eagerness to separate inside from outside has given us very comfortable surroundings, heated and cooled, closed off from outside air, clean and free of pests. But we now know that this sense of safety comes with a cost. Sealing buildings off to improve energy efficiency after the 1970s oil embargo led to cases of “sick building syndrome,” in which building occupants fell ill from poor air quality. A 1976 outbreak of Legionnaire’s disease at a hotel convention showed that buildings can spread infections. Since then, the physical and chemical environment of buildings has been scrutinized more closely.

But recently there has been a growing interest in gaining a more sophisticated view that better accounts for how the properties of buildings affect the whole range of life inside. While most of us think of ourselves as the main occupants, the bulk of indoor life actually unfolds at microscopic scales. It consists of fungi, bacteria, and viruses that live in and on the materials of a building and the objects in it. We hear about their effects in rare and frightening cases, but the vast majority are not harmful, and their activities may affect us in more subtle ways – forming chemical compounds, for instance, eroding materials, or even keeping harmful microbes away.

Increasingly, scientists are realizing that microbial communities are just as rich in the built environment as they are outdoors. The concept has gotten a boost from the Alfred P. Sloan Foundation, which over the past few years has devoted more than $20 million to fund dozens of studies on microbes in the indoor environment. “We thought it was important to study where people live,” says Paula Olsiewski, who directs the program.

A major focus of the program is to create new connections between biologists and building scientists. Jessica Green, a microbiologist heading the Sloan-funded Biology and the Built Environment Center at University of Oregon, now works closely with experts in engineering, building design, and architecture. “In order to understand what shapes the diversity and function of microbes indoors, you must understand the indoor environment from an abiotic context - its chemistry, structure, and dynamics,” she says.

The new work adds to research on buildings themselves, which has grown increasingly sophisticated in the past few decades. Levin, a Sloan grantee, edits a long-standing website called Building Ecology, dedicated to studying buildings as complex systems that interact with the outside world. For the past year, he has been using the grant to get up to speed on microbiology. “I coined the term ‘building ecology’ in 1979, but I didn’t understand how completely appropriate it was until I got involved with the microbial ecology,” Levin says.

Researchers are taking sampling equipment into classrooms, houses, and retail stores to gain a better understanding of what lives there. “It’s sort of an exploratory mission right now,” says Jonathan Eisen, a microbiologist at University of California Davis.

Although early, it has already begun yielding intriguing results. Green’s team has looked at hospitals, where ventilation is highly controlled and windows rarely opened. In one hospital, they sampled microbes in a room that was mechanically ventilated, and one in which they were allowed to turn off the ventilation and open windows. They compared them to microbes in the air outside the hospital.

In the room with shut windows, they found fewer types of microbes. That might sound like a good thing, but the types of microbes in this closed-off room were similar to the kinds of microbes found in and on our bodies, whereas the fresh-air room contained more microbes that were associated with plants and soil. The findings make intuitive sense, but they have potentially disturbing consequences: We are much more likely to encounter disease-causing bacteria in a room with no fresh air. The more we shut out the outside world, the more our indoor environments start to look like extensions of our bodies. In a building like a hospital, where many occupants are sick, that could be a very bad thing.

WITH ALL the environmental issues we face in the outside world, why should we care about the indoors? Perhaps we should let this invisible life teem away undiscovered; most of us would like to preserve the illusion that we don’t share our homes with millions of tiny roommates. But studying the ecology of our households could potentially change the way we construct, clean, and maintain our indoor spaces - activities with health effects that we often only guess about. Health isn’t the only concern: studies have begun to characterize the microbes that live on museum artwork, for instance, to understand whether we could design spaces to protect them from degradation.

“We do much of what we do to the environment we inhabit without understanding adequately what we’re doing,” says Levin.

News reports on household microbes tend to be the fear-mongering kind, about the discovery of bacteria in our pillows and mold in our dishwashers. “If they just report how many microbes are in your makeup, that’s just totally irrelevant,” says Eisen. “It’s like saying, ‘Be careful on your backpacking trip because there are mammals there.’” To truly understand the implications for our health, we need to separate the bacterial equivalent of bears from chipmunks. It’s possible that harmless or even health-promoting bacteria can improve the conditions of our indoor spaces, just like good bacteria in our bodies improve health. Some scientists such as Green go so far as to speculate that we could someday create probiotics for buildings: materials that encourage healthy bacteria to grow indoors, keeping pathogens away, or protecting buildings from decay and erosion.

Before we can do that, scientists need to get indoors and just observe. William Nazaroff, an indoor air specialist at University of California Berkeley, has begun working with bacterial and fungal specialists to answer some questions that seem mundane at the outset. One project measures how bacteria and fungi differ between classrooms that are empty and those filled with students. Another measures the particle size and microbial makeup of dust gathering in grad student housing. Nazaroff is, improbably, quite excited to discover the dynamics of dust.

“You need to have a few people look in what most will say is a crazy level of detail at subtle stuff that seems ordinary and everyday,” he argues, because it’s only through these details “that we come to insights that profoundly change what we do.”

Courtney Humphries is a freelance writer in Boston and the author of “Superdove: How the Pigeon Took Manhattan...And the World.” 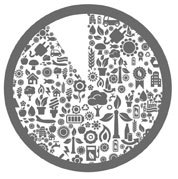