A talk with Mario Livio

Is mathematics the language of the universe?

MARIO LIVIO IS an astrophysicist, a man whose work and worldview are inextricably intertwined with mathematics. Like most scientists, he depends on math and an underlying faith in its incredible power to explain the universe. But over the years, he has been nagged by a bewildering thought. Scientific progress, in everything from economics to neurobiology to physics, depends on math's ability. But what is math? Why should its abstract concepts be so uncannily good at explaining reality?

The question may seem irrelevant. As long as math works, why not just go with it? But Livio felt himself pulled into a deep question that reaches to the very foundation of science - and of reality itself. The language of the universe appears to be mathematics: Formulas describe how our planet revolves around the sun, how a boat floats, how light glints off the water. But is mathematics a human tool, or is reality, in some fundamental way, mathematics?

Or, put another way: "Is God a Mathematician?" This is the title of Livio's new book, in which he joins a long line of modern thinkers who have questioned "the unreasonable effectiveness of mathematics," in the words of Nobel Laureate Eugene Wigner.

Livio, an astrophysicist at the Space Telescope Science Institute in Baltimore, concludes that math has to be thought of, at least in part, as a human invention. That's a profoundly weird notion in a world where math has always had special status, untainted by people's opinions and biases. Religion, politics, and picking a great work of art can all incite vigorous debate, while 2 + 2 = 4 has always seemed like a cold, hard fact. Math isn't a figment of our imagination, but perhaps it isn't quite as far from great art as we thought.

IDEAS: Can you imagine an alternate universe in which we invent a different type of math? What might that look like?

LIVIO: Let me start with this silly idea - the isolated jellyfish. Imagine that all the intelligence resided not in humans, but in some isolated jellyfish at the bottom of the Pacific Ocean. This jellyfish - all it would feel would be the pressure of the water, the temperature of the water, the motion of the water. Would this jellyfish have invented the natural numbers - 1, 2, 3, 4, 5, and so on? I think probably not, because there's nothing to count there - everything this creature would have felt would have been continuous rather than discrete, so this creature might have invented a completely different type of mathematics.

IDEAS: So, instead of jellyfish math we have math that reflects our abilities?

LIVIO: Why did the ancient Babylonians and Greeks and so on start with arithmetic and geometry? I think that largely this is because of our particular perception system. We are very, very good at seeing edges of things; we can very well tell what is an object, what is the background of the object; we can tell individual objects very well, we can also tell very well whether a line is straight or not, just with our eye.

IDEAS: So, at some level, mathematics is a human invention?

LIVIO: The mathematics we use to explain the universe were not actually chosen arbitrarily. Imagine that you do this very simple experiment where you put pebbles in a jar. You put first three pebbles, and five more pebbles, and you want the mathematical tool that will predict to you how many pebbles are in the jar. You think this is idiotic - it's mathematical addition - three plus five. If you do the same experiment with drops of oil, and you say three drops and five drops, you just have a pool of oil, the same thing does not apply to the second example.

Humans at some level chose the mathematical tools based on them being suitable for the particular problem.

IDEAS: But even if mathematics is at least partly an invention, you also talk about the "unreasonable effectiveness of math." What do you mean by that?

LIVIO: Mathematicians often formulate new branches of mathematics with absolutely no application in mind. In fact, they are often proud these branches have no applications in mind. Sometimes decades, sometimes centuries later, those mathematics are discovered to provide precisely the type of model that physicists need to model the universe.

IDEAS: So people are out there devising alternate forms of math in their heads, but then finding them reflected in the world?

LIVIO: Every now and then, people invent new concepts, and that starts a new branch of mathematics. At the beginning, humans only had positive numbers, then they had negative numbers, and then they added imaginary numbers, which is a big branch of mathematics. These are the numbers you don't really see in your everyday life in a way, but entire branches of physics and engineering use imaginary numbers.

An example I talk about in the book is knot theory. It's an incredible thing because people for years did not deal with knots in a mathematical way; then they delivered this knot theory and they found that things like string theory, our best candidate for a theory of everything, and [also] the treatment of the way the DNA replicates, requires concepts from knot theory.

IDEAS: How is math different from other human inventions, like art?

LIVIO: Mathematics is somewhat special in that it has an incredible longevity . . . what was true once remains true forever. The area of the circle that was discovered by Archimedes more than 2,000 years ago is still true.

At the same time, the physics of Aristotle no longer holds. We no longer have the same theory of the universe that Aristotle had or Pythagoras had; we don't sing the same music as the ancient Greeks.

So when things in mathematics are found to not be true, we have a name for that: we call it a mistake.

Carolyn Y. Johnson is a member of the Globe staff. 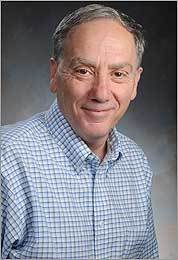