We are not bemused

Or are we? A word's dueling meanings

DURING THE PAST year of political reporting, a lot of writers have thought bemused was just the right word for Barack Obama's benign, unruffled presence, especially in the debates with John McCain.

"Mr. Obama maintained a placid and at times bemused demeanor . . . as he parried the attacks," reported the New York Times, one of dozens of newspapers and magazines, in the United States and abroad, to use the B-word this way.

And now, all that bemusing has attracted the notice of several usage watchers - traditionalists who think that use of bemused, ubiquitous though it is, should not be accepted as standard English.

Merrill Perlman, who writes the Language Corner column for the Columbia Journalism Review, posted an entry on bemused several weeks ago, objecting to the sentence "Obama shrugged off McCain's attacks with a bemused smile."

"If the last six months of Nexis citations are any guide," she wrote, "more than half the people reading this think, as the above writers did, that 'bemused' means something like 'amused.' But it doesn't." Perlman, formerly director of copy desks at the Times, believes that "unless Obama was 'confused,' or 'muddled,' or 'puzzled,' he was not 'bemused.' "

A couple of days after the election, Russell Smith of the Toronto Globe and Mail seconded Perlman's advice. "Bemused means puzzled or confused," he wrote. "It comes from the idea of being taken by a muse. It's not necessarily a laughing state."

And last week, at the Times's usage blog, After Deadline, deputy news editor Philip Corbett joined the parade, noting half a dozen uses of bemused in his paper that he found mysterious. In one description of Obama, he said, "we seemed to mean something like 'above it all, with a trace of amusement' - but that's not what 'bemused' means."

Then again, maybe it is. As Perlman concedes, Merriam-Webster's 11th Collegiate Dictionary (2003) lists the disputed meaning as bemuse's most recent sense: "to cause to have feelings of wry or tolerant amusement."

As for the derivation of bemused, Smith's "taken by a muse" has a grain of truth - but the story is much more complicated. As Merriam-Webster's Dictionary of English Usage explains, bemuse was first used by Alexander Pope, in 1705: "Poets . . . are irrecoverably be-Mused." But this looks like a pun: Poets are seized by the Muse, one of the Greek goddesses of the arts; and they are thus inspired to muse - to meditate, comtemplate, and wonder. (The Greek muse and the English verb are etymologically unrelated.)

Thirty years later, Pope used the word again, in a poem complaining that his fame was drawing would-be poets to his door - people like "A parson, much bemused in beer/ a maudlin poetess, a rhyming peer,/ a clerk, foredoomed his father's soul to cross . . ."

That "bemused in beer" suggested "drunk" to many readers. But the Merriam-Webster editors demur: "It seems quite likely that Pope is suggesting that the parson found his muse in beer. A parson who is simply muddled by beer" - rather than inspired by it - "would not make much sense in the larger context."

Dictionaries, however, soon began recording bemused as "a term of contempt" meaning "to muddle or stupefy," with drink or otherwise. Pope's own phrase, "bemused in beer," apparently faded from use, but an 1890 slang dictionary records that it enjoyed a sudden revival in the mid-19th century: "In America, especially, it caught the popular fancy and ran a brief but riotous course throughout the Union to signify one who addicted himself to 'soaking' with beer."

Then, starting in the mid-20th century, bemused increasingly took on the sense it so often has now - "quizzical, curiously and detachedly amused." This is no great leap, given that its sister verbs, amuse and muse, once could mean "distract, puzzle, occupy" and "wonder, marvel": "Women are so much amuzed with the management at home," wrote a 1689 observer who surely did not mean those women were entertained.

Corbett at the Times argues that the blurring of bemused dulls what should be a precise tool for "the careful writer." This hardly seems to apply here, however, since the word's meaning has been obscure during much of its existence. It would be convenient if bemused settled down to a dominant sense, as it seems to be doing. But except for the beery era, it's hard to point to an earlier time in which one unambiguous sense reigned.

These days, with amuse limited to jolly contexts, we need a word like bemused to convey wry puzzlement far more than we need it as another synonym for "drunk." And if, as Perlman suggests, more than half of the CJR's readers and half of the journalists on the Nexis database think bemused means "quizzical, wryly amused," then isn't that - by definition, as it were - what it does mean? 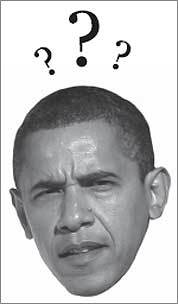