A girl called 'it'

Choosing the right pronoun for children

THE BABY GIRL found on a doorstep in Newton earlier this month arrived just in time to contribute to an online discussion of pronoun usage.

Linguists at the American Dialect Society mailing list were debating the propriety of referring to a baby as "it" when little Leah, as she has since been named, popped up in wire service reports as evidence of the unisex use.

"The baby, its umbilical cord still attached, was in the [canvas] bag along with a blanket and pillow," said the AP bulletin. According to UPI, the baby had apparently been "abandoned by its parents." Both reports identified the newborn as a girl, so they weren't calling her "it" for lack of information.

Did readers notice - or mind - that the story about the baby referred to "its" parents and "its" umbilical cord? Once upon a time, as linguist Wilson Gray noted in launching the ADS discussion, it was usual to speak of a baby as "it," with no disrespect implied: Babies and young toddlers were like kittens or puppies, their gender not yet relevant.

I didn't stumble over the "it," but then, I was one of those high school nerds who actually read "Silas Marner," the George Eliot novel known as the bane of sophomore year. Several characters in that 1861 tale refer to Silas's foundling daughter as "it," including her (unadmitted) father: "It's a pretty little child! The old fellow seems to want to keep it; that's strange."

It may be that for earlier speakers, the grammatical pull of words like child and baby - logically "it," not "she" or "he" - was stronger; and that today we give more weight to the notional child, a person who is male or female, than to the noun's neutrality. Certainly, 19th-century parents were less anxious about broadcasting their young offspring's sex. Old photos show toddlers of both sexes in dresses, and it wasn't till the early 20th century, historians say, that Americans began to color-code their babies by gender.

Today, most of us wouldn't call a baby "it" once we've been introduced. But Lynne Murphy, an American linguist in England, reported on the ADS list that an older British friend still calls her baby daughter "it," though he's learning to correct himself.

And these days even our pronouns for animals have gotten personal. Not only do friends expect us to know whether their pets are male or female, even the AP stylebook rules that an animal identified by name or sex is "he" or "she."

Still, I've never heard a complaint about the occasional use of "it" for a baby who's not an acquaintance, as in the wire service reports. My guess is that most of us don't mind it - perhaps because we're used to hearing an "it" in the happy announcement of a baby's arrival, whether "It's a boy!" or "It's a girl!"

"It" isn't the only pronoun under social pressure to change its ways. For years, some teachers and editors have claimed that it's wrong to use "that" of a person, and the AP seems to agree; its stylebook now says even named animals are "who," not "that." Other usage watchers have reasoned that since "who" refers to a person, then "whose" must do the same.

These are both myths; it has never been rude to say, as both the Wycliffe Bible (1389) and the Authorized Revision (1885) do, "Our Father that art in heaven." Nor was Irving Berlin being disrespectful when he wrote "The Girl That I Marry." As Fowler commented in 1926, we're more likely to use "that" of a person considered abstractly - "Anyone that knows anything" - but this is a tendency, not a rule.

As for "whose," it has been used as the possessive of objects or ideas since the 14th century. Merriam-Webster's Dictionary of English Usage, refuting the claim that it's an informality, quotes Shakespeare, the Bible, and Milton ("of that forbidden tree, whose mortal taste /Brought death into the world"). A couple of 18th-century grammarians worried about its propriety, but "whose" has remained "entirely standard as an alternative to of which."

Yes, it's always possible that usage could be changed, if enough people got worked up about the horror of using "that" as a personal pronoun and "whose" as an impersonal one. But I like to think even the most devoted peevologists aren't looking for trouble that diligently. 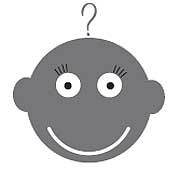