THIS STORY HAS BEEN FORMATTED FOR EASY PRINTING
Renée Loth

The fast track to change 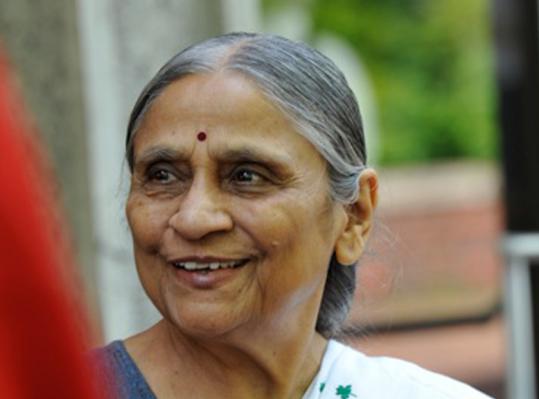 LAST MONTH the US Supreme Court ruled that more than 1 million female workers couldn’t proceed with a gender bias suit against because they were too numerous and diverse to constitute a class. The justices ought to have a look at the Self Employed Women’s Association, a trade union of 1.3 million women in India working in “the informal economy.’’

The women certainly have a diverse array of jobs: they are cigarette-rollers, hawkers, weavers, fruit venders, rag-pickers, cart-pullers. Or they work at home cleaning oil tins for recycling or pulling gold threads from used saris. They have no bosses. They have no hours. And, before SEWA, they had no rights.

Ela Bhatt, the 77-year-old lawyer who founded SEWA in her native Ahmedadad in 1972, remembers the dismissive response when she tried to certify the union. “You are a rag-tag bunch,’’ she said authorities told her. How could she hope to organize women who were poor, illiterate, and had addresses like “the third shed from the municipal water tap’’? Some of the women didn’t even have last names.

Bhatt was in Cambridge recently to receive the Radcliffe Institute medal. In an interview, she said working with the kind of people society considers “marginal’’ can be a fast track to change. “Margins are fertile ground,’’ she said. “Edges are dynamic areas where there is room for growth.’’ It is on the fringes that change often begins, migrating eventually to the mainstream. The Tunisian fruit vendor whose suicide catalyzed the Arab Spring uprisings, she noted, was also member of the “marginal’’ economy.

Besides, she said, “in India the margins are wide.’’ She estimates that self-employed workers account for 62 percent of India’s GDP.

Bhatt recalled her youth as an idealistic law student, just a few years after India gained its independence. It was a heady time. Mahatma Gandhi’s example of nonviolent revolution was still fresh. “What pricked me always from the inside was injustice, she said. “I saw with my eyes the thousands of people working in economic activities where there were no employer-employee relationships. Why does the minimum wage not apply to them?’’

She became a lawyer for the Textile Labor Association, and convinced the union to accept a group of self-employed women cart-pullers who worked in the local cloth market. But it was an uneasy fit, and eventually SEWA became independent. “What is work? It defies categories,’’ she said. “The poor are of course workers, or they would not survive.’’

Today SEWA has chapters all over the vast Indian subcontinent and in South Africa, Pakistan, Nepal, and Afghanistan. It operates a cooperative bank, a housing trust, day care centers, and a training academy for its members. It provides health insurance, micro-credit, and legal representation. Annual dues are 5 rupees, about 11 cents. This seems ridiculously low until you realize that 270 million people in India earn less than a dollar a day.

One of the themes at a Radcliffe symposium accompanying Bhatt’s award was whether progress comes most readily through passing laws or changing culture. It is clear where Bhatt stands. “Laws come and go,’’ she said. “Culture is far stronger and deeper.’’

She said practices in developing societies such as wearing the burka, or even child marriage, need to be respected and changed slowly. She didn’t so much defend these traditions as try to as explain them. Still, SEWA has been criticized by some women’s rights advocates for not taking a stand on what we would call “the social issues.’’

For Bhatt, economic independence is the empowering requirement for social liberation. In prepared remarks she said that once a woman begins bringing in wages, the power dynamic shifts in the most traditional homes. “The husband that refused to let his wife go to her cooperative is now seen bringing her hot lunch to work.’’

From the potters to the incense-makers, the million-plus women SEWA organizes have these things in common: They are vulnerable to economic forces beyond their control. They are easily exploited by middlemen who take a profit from their labors. They are nearly powerless acting alone.

Come to think of it, that’s what the Wal-Mart women have in common, too.