THIS STORY HAS BEEN FORMATTED FOR EASY PRINTING
SCOT LEHIGH

Now, a new search for truth 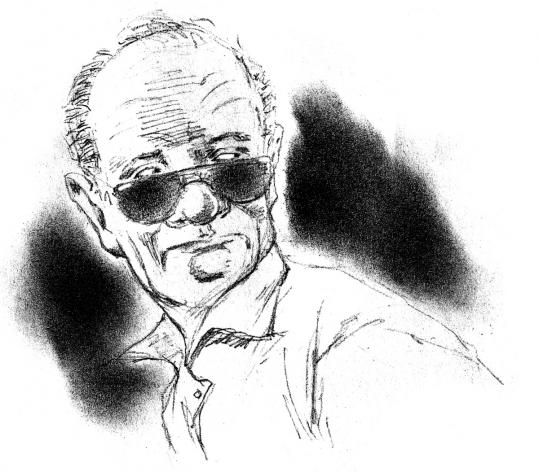 IT’S A headline some of us never thought we’d see: “Whitey Bulger Arrested.’’

The man whose murderous deeds have become known around the world will finally face justice.

Bulger’s arrest doesn’t end the long, staggering saga of criminality and corruption. But it does close the chapter of Bulger’s life on the lam — and by so doing, opens a whole new chapter in the search for truth.

The information that Bulger could offer about his dealings with federal law enforcement officials must be giving a previous generation of FBI agents heart palpitations. We could very likely hear about those dealings as part of his defense.

Meanwhile, girlfriend Catherine Greig can no doubt provide a wealth of information about how she and Bulger survived so long on the run, where their money came from, and who aided and abetted them. Given that she could face charges for harboring a fugitive, she’ll have plenty of motivation to cooperate.

When I asked US Attorney Carmen Ortiz at yesterday’s press conference if Whitey had been in contact with, or aided by, family members, she said federal investigators had no suspects in mind, but “will be investigating whether or not there was any assistance.’’

Yet despite the lingering questions, Bulger’s apprehension clears a cloud that has troubled Boston for decades.

It was more than 16 years ago that rogue FBI agent John Connolly tipped Bulger off to his impending racketeering indictment. Since then, we’ve heard the grisly details of the many murders Bulger and his fellow thugs committed during their long criminal reign. We’ve learned how Bulger, an FBI informant, managed to manipulate, compromise, and corrupt his supposed handlers. One index of that: Connolly, who this month wraps up a 10-year federal racketeering sentence, will soon begin serving a 40-year second-degree-murder term in Florida for leaking information to Bulger about a potential witness against them — someone a Bulger associate then killed.

We’ve also seen the dishonorable choices that brothers John and William Bulger, both supposedly public servants, made after Whitey fled. John, a former clerk magistrate in the court system, has served a prison sentence for lying to a grand jury about whether he’d had contact with his brother and about safe deposit boxes Whitey used. He also tried to help Whitey obtain false identification.

William Bulger hasn’t run afoul of the law, yet his behavior was also shameful. Shortly after Whitey was indicted and fled, I asked the then Senate president whether he would urge his brother to turn himself in. “Thank you very much,’’ he replied, and retreated into his office.

We now know that within days of Whitey’s disappearance, William went to a trusted associate’s home to take a prearranged call from Whitey, who was not yet charged with murder. And we know from his own federal grand jury testimony in April 2001 that during that call, William Bulger didn’t advise Whitey to surrender himself.

By the time of his grand jury testimony, Whitey had been indicted for multiple murders, and bodies had been exhumed from makeshift graves. But William still put loyalty to his brother above any moral imperative to help find him. “I do have an honest loyalty to my brother, and I care about him,’’ he testified. “It’s my hope that I’m never helpful to anyone against him . . . I don’t feel an obligation to help everyone to catch him.’’

Indeed, William seemed to think he could endure as the president of the University of Massachusetts even after the Globe’s Shelley Murphy obtained and wrote about his grand jury testimony. A few weeks after her story ran in December 2002, I saw Bulger at a UMass-Lowell event. He had shown up, uninvited, apparently hoping for an acknowledgment from Governor Romney, who instead avoided him like the plague. But the event gave me a chance to ask this: Had Bulger rethought his stance that he had no obligation to help authorities find his brother? Once again, William turned and strode off.

Ultimately, the feds found Whitey anyway. We’ll no doubt learn much more about his life on the lam in the months to come. But after years of frustration, today is a day to celebrate.