Pot not a crime, but trade still has victims 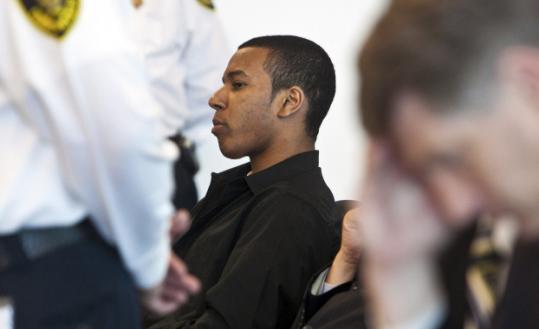 POSSESSING LESS than one ounce of marijuana is no longer a crime in Massachusetts.

But crime still flows from supplying it.

To understand how far and how violently, consider again the story of Justin D. Cosby, who was murdered inside a Harvard University residence hall — several months after the decriminalization law took effect. Cosby, 22, a Cambridge Rindge & Latin School graduate who attended Salem State College, sold marijuana on and around the Harvard campus. On May 18, 2009, he was set up by three men — not Harvard students — who were part of a plot to rob him. He was shot three times and died later at a hospital while his mother watched.

Two men cut deals with prosecutors in return for dropping first-degree murder charges. Last week, a third man, Jabral Jordan Copney, 22, was convicted of murder and received a mandatory life sentence. Two Harvard female students who were a week away from graduation when Cosby died knew about the plan to rob Cosby of cash and marijuana. One still faces trial for illegal possession of a firearm. The two women will probably never receive Harvard diplomas.

It’s easy to view this as a simple story about six young people making bad choices that played out unexpectedly in the supposedly sequestered Ivy League. But the story is more complicated than that.

For one thing, it involves a circle much bigger than the five people directly connected to Cosby’s death. “Justin had been selling drugs on and around that campus,’’ said Gerard T. Leone, the Middlesex district attorney whose office prosecuted the defendants in the case.

Leone said it also illuminates in dramatic fashion the downside of the Massachusetts law that decriminalizes possession of a small amount of marijuana, while the drug itself is still illegal. It’s why Leone opposed the 2008 state ballot question that led to what he now calls “a half-baked law.’’

“A cottage industry has sprung up around it,’’ said Leone. “They know if they sell less than one ounce at a time’’ it’s not a crime for the buyer. But, “You still have to go to illegal drug dealers to get it. “

Violence can break out between buyers and sellers. Leone’s office is prosecuting a case involving a drug dealer who was shot to death last October during a drug deal gone awry. Four young men, including a senior at Newton North High School, are charged in the fatal shooting. Between sellers, violence often breaks out over cash and turf. Cash was the target for those who accosted Cosby, said Leone.

“Anecdotally, I can tell you plenty of stories about the crime and violence that comes with all of this,’’ he said.

It is easy to dismiss this as a problem associated with bad guys from the mean streets. But Leone said that the son Denise Cosby described was not so different from any mother’s child. He played intramural college basketball, worked part-time at a gas station, had friends, and called home to say, “Mom, I love you.’’

Besides, aren’t the “good kids’’ from the right side of town exacerbating the problem by providing a market?

What is the responsibility of any Harvard student who may have bought less than ounce of marijuana from him? Possession is not a crime; it’s a civil offense, punishable with a $100 fine. But what about moral accountability? Given the consequences that flowed from their desire to buy, they are more than innocents puffing away harmlessly.

The fact that Cosby died on the Harvard campus gave this story more altitude in the media. But drugs are, of course, everywhere, including other campuses. Leone believes colleges must acknowledge not only their use, but the potential consequences. For users, there’s an addiction issue. For sellers, there’s still a criminal issue.

Violence is also an outcome more common than most people want to think about. But that probably never crossed the very fine minds of those who crossed paths with Cosby. And that’s kind of a crime, isn’t it?