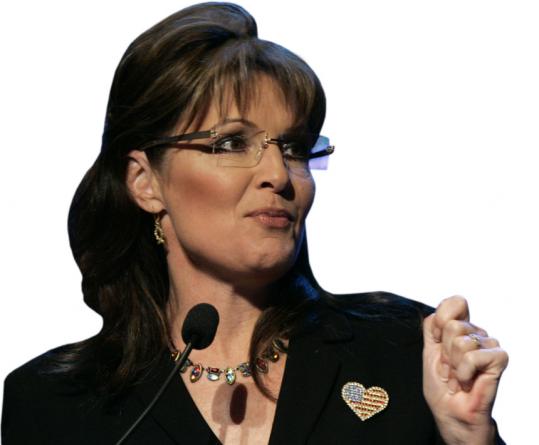 THREE YEARS ago, the names Donald Trump and Sarah Palin had probably never appeared on the same page, let alone within the same sentence. They were a most unlikely pair. She was Alaska, fiscal restraint, and public service. He was the Big Apple, junk bonds, and private jets.

Today, they not only appear destined for a collision in the Republican presidential primary, their lives look more and more like each other every day — book tours, talk shows, reality TV. Thanks to their hair, however, it is still relatively easy to tell them apart.

Both Trump and Palin also seem captivated by the idea of being president. They obviously like the idea of running for president, and spend a great deal of time talking about what they would do if they were president. They are about action, displaying power, and explaining how power should be used. Trump’s solution to Somali pirates: “Give me one good admiral and a few ships and I will wipe them out so fast.’’ Palin on $4 gas: “Drill, baby, drill.’’ In the words of Royal Tenenbaum, they are all about “taking it out and chopping it up.’’

In short, they are exactly the type of political figure our country’s founders were worried about.

The framers were troubled — some might say preoccupied — with the potential dangers of ambition, factions, and concentrated power. They were concerned to a point about ideology, predominantly the question of how much power to vest within the newly constituted federal government in relation to that of the states. But they worried even more about the intentions and motives of their adversaries.

In the introduction to “The Federalist,’’ Alexander Hamilton speaks plainly about his distrust for politicians who turned to popular factions to fuel their ambitions. “Of those men who have overturned the liberties of Republics, the greatest number have begun their career by paying an obsequious court to the people; commencing demagogues, and ending tyrants.’’

Hamilton saw the inevitability of ambition as a driver for public service but hoped that the republic would be an outlet for the ambitions of noble men. Less optimistic about the noble intentions of others, James Madison embraced the concept of fighting fire with fire in Federalist 51: “Ambition must be made to curtail ambition.’’ The concept of checks and balances was the mechanism through which forces of personal ambition could be employed to neutralize one another.

For the record, I do not view Palin or Trump as a threat to the republic. But like the framers, I have always felt ill at ease with officeholders or candidates who are too enamored with the idea of holding a particular office.

Growing up, I was encouraged to get a good education (Salem High, class of ’82), get a real job doing something I enjoyed (running the operations of a small electronics company), and, should the opportunity present itself, consider public service as just that: a chance to serve, not an end in itself. Friends ask me all the time whether I “miss it.’’ I loved my time in Congress, but people who spend all of their time planning to run for office have very few useful skills to deploy when they finally get there.

With regard to holding office, few were as disdainful as Thomas Jefferson, who wrote to his adversary John Adams, “I have no ambition to govern men; it is a painful and thankless office.’’ To many, this reluctance made him even more desirable as a leader, and finds a faint echo today in the ambivalence of prospective candidates like Chris Christie, John Thune, and Mitch Daniels.

To protect against misadventures of the occasional rogue, the framers designed a finely balanced system employing three coequal branches of government, a bifurcated legislature, and a federalist structure that vested numerous powers with the several states. Through this network, ambition could “be made to curtail ambition.’’

In the event that this vanguard of protections proves insufficient, today we have something the framers did not: cable TV.

The powerful medium of television has been a source of enormous value to both Palin and Trump. For the former vice presidential candidate, cable has generated $250,000 per reality episode, a ready conduit for generating record book sales, and breathless coverage of her Facebook posts as though they were presidential press conferences. The Donald has used the medium to establish and maintain a one-of-a-kind global brand. His reality appearances fetch a hefty $3 million per show.

And therein lies the crowning similarity of the unlikely duo in this presidential election cycle. So long as the modern media serves their purpose, neither will actually enter the primaries. That’s simply not where the best opportunity lies. For both, the mere speculation about their running provides them with money and power. Why would either risk damaging their brand with a failed presidential venture? In America, anyone can do that, but not everyone has their own show . . . yet.