The rich rewards of cutting jobs 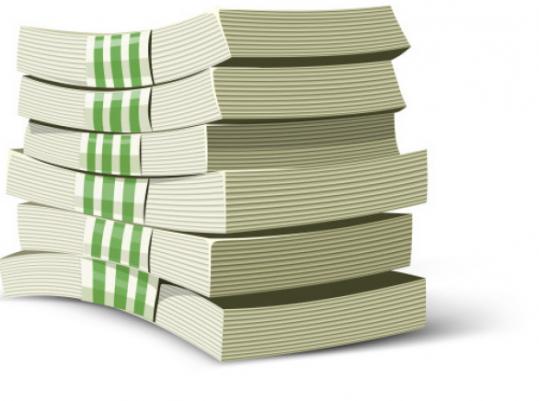 PROFITS ARE up, so it’s time to slash the workforce.

That’s the story at , which recently announced the elimination of 1,400 jobs, including 400 in Massachusetts. Those jobs are gone, even though State Street last reported profits of $427 million, up about 20 percent from a year ago. Operating revenue also rose 8.4 percent .

In an internal e-mail, chief executive Jay Hooley explained the strategy as necessary to “enhance service excellence and innovation’’ and drive “a stronger sense of urgency about getting things done.’’

Those scary words reflect the new normal in corporate America.

Since the US economy entered into recession at the end of 2007, jobs have been shed and wages frozen or cut. But, while wage and salary payments to workers declined by $121 billion or about 2 percent since the last quarter of 2008, pre-tax corporate profits rose sharply — up by $572 billion or 57 percent over the same time period, according to Andrew Sum, a professor of economics and director for the Center for Labor Market Studies at Northeastern University. Productivity also increased, but workers got no reward — only unemployment insurance.

“The extraordinary corporate profit share of income growth in the current recovery has no historical counterpart,’’ write Sum and research associate Joseph McLaughlin, in the current edition of Challenge Magazine. As a result, they note, “America’s workers might with justification claim, ‘We wuz robbed.’ ’’

Instead of getting outraged over corporations that fire people even as they reel in cash, cable TV and talk radio hosts are choosing to get outraged over the inability of those fired to find new employment. Why not get angry at the CEOs, who instead of seeing increased resources to invest in hiring, only see rising expenses to be cut by firing? They share responsibility for a recovery that lags as job growth lags.

By cutting loose 1,400 workers, State Street shifts the burden of keeping them solvent from the private sector to the public. Now, it’s the taxpayers’ job to underwrite them, via unemployment benefits.

And that’s only the start of the ripple effect on a still-fragile economy. How many of the newly unemployed will no longer be able to pay their mortgages, or keep up with cable and credit card bills? Without employer-backed health insurance, how many will turn to state-subsidized insurance?

While workers hit the streets, management hits the jackpot. According to Forbes.com, Hooley’s 2009 compensation package totaled $13.9 million. And that was before he took over as State Street’s CEO last March. Asked if management would be taking pay cuts or forgoing bonuses, Carolyn Cichon, a State Street spokesperson, said only that 2010 compensation, including executive incentive compensation, “will be determined in the first quarter of 2011.’’

State Street was also able to tap into billions of dollars the US central bank made available in the fall of 2008 to avoid further financial chaos. The Fed can’t lend money directly to money markets. So it used 11 large banks, including State Street, as intermediaries. The banks used the Fed money to buy securities from money market funds, giving them cash to repay clients.

All the Fed funds were repaid. Even so, that means State Street reaped the benefits of taxpayer-supplied money.

“Where’s the fairness?’’ asks Lew Finfer, director of Massachusetts Community Action Network, a non-profit dedicated to the cause of social and economic justice. “If all the taxpayers helped your business continue to exist, don’t you have a responsibility back to maintain jobs, create jobs, and invest in communities? There would be an excuse if you’re losing money, but if you’re not losing money, where’s the excuse?’’

Replies State Street’s Chichon: “. . . The industry as a whole is still undergoing significant headwinds and the competitive climate is fierce.’’

That’s their excuse and they’re sticking to it. But, for the out of work, the climate is even fiercer.