THIS STORY HAS BEEN FORMATTED FOR EASY PRINTING
Christoph Westphal

The field’s next 30 years could revolutionize how we combat disease, aging 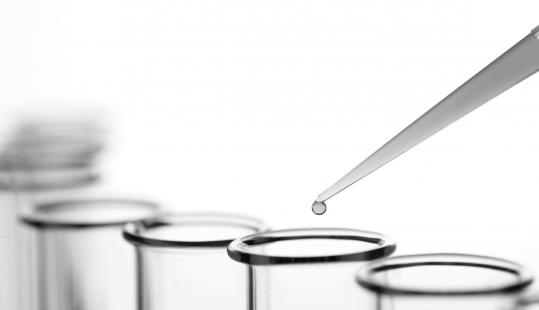 THE BIOTECHNOLOGY industry, only 30 years old, has already discovered important new therapies. Cures developed over the next three decades should change our lives even more deeply.

Diseases that previously were a death sentence have been converted into chronic but manageable disorders. When AIDS was first diagnosed in the early 1980s, there was no effective treatment, and patients typically died of the disease within a few years of diagnosis. Today, AIDS is a chronic illness that can be managed over decades, thanks to a slew of biotech and pharmaceutical drugs. Similarly, a broad range of formerly fatal cancers can now be targeted specifically by a biotech innovation, monoclonal antibodies. These proteins specifically destroy tumor cells, allowing patients to live longer periods of time with formerly fatal cancers.

These discoveries have produced a notable shift in medicine. Many acute and lethal illnesses have been converted into long-term, controllable diseases. This has perhaps been the most impressive achievement of biopharmaceutical drug discovery to date. Today, many patients are living productive lives stretching decades from the initial diagnosis of their severe illnesses.

Increasingly, however, biotechnology companies and academic researchers are asking a different and profound question. Instead of merely ameliorating disease, can we increase healthy human life span? In other words, beyond simply helping people attain their natural lifetimes, can we help them live healthy, longer? These new types of cures are likely to reach the market over the next 30 years, based on compelling research in academia and biotech.

One approach to increasing healthy human life span is called regenerative medicine. Research indicates that many diseases are caused by damage to our organs as we age. A car breaks down when certain parts wear out. Similarly, we develop diseases when our organs malfunction as we age. It turns out that we all harbor cells — called stem cells — that can replace almost any organ or tissue. Strikingly, normal body function can be improved in many cases by stimulating stem cells to replace aging cells.

A simple example is diabetes. In diabetes, cells that produce insulin are either lost entirely or become less efficient with age. Academic researchers have shown the ability to cure diabetes entirely in animal models by replacing defective insulin-producing cells with new stem cells. These advances are now moving into early human trials, with the promise of ultimately curing some forms of diabetes entirely.

Today, medicine allows patients to live longer with diabetes as a chronic illness. In the future, it should be possible to increase healthy life span by curing chronic illnesses such as diabetes with regenerative medicine.

A second promising approach to increasing healthy human life span is based on an extraordinary academic discovery — aging appears to be controlled by a handful of genes. This powerful insight is based on a simple observation. In virtually every animal — from fruit flies, to mice, to monkeys — restricting calories increases healthy life span, acting via these aging genes. This makes sense from an evolutionary perspective. It is an advantage to outlive periods of food scarcity, and to be healthy longer, in order to have offspring afterward.

Academic researchers then discovered that you could target these aging genes with drugs that could mimic the beneficial effects of calorie restriction. Several aging genes targeted by specific drugs have been shown to increase healthy life span in animal models, and appear to prevent and treat a broad range of diseases of aging, such as diabetes and Alzheimer’s. A number of drugs that target aging genes, developed by several biopharmaceutical companies, are now in clinical trials. It is likely that these types of drugs, which should increase healthy life span, will reach the market over the next three decades.

After converting several fatal illnesses into chronic diseases, biotech could in the next 30 years bring an even more powerful revolution. Many researchers are now working on the tangible goal of increasing healthy human life span, by replacing diseased tissue with stem cells, and targeting aging genes to treat diseases of aging.

Christoph Westphal, a guest columnist, is a biotech entrepreneur and a partner at Longwood Founders Fund.