THIS STORY HAS BEEN FORMATTED FOR EASY PRINTING
Ralph Whitehead Jr. 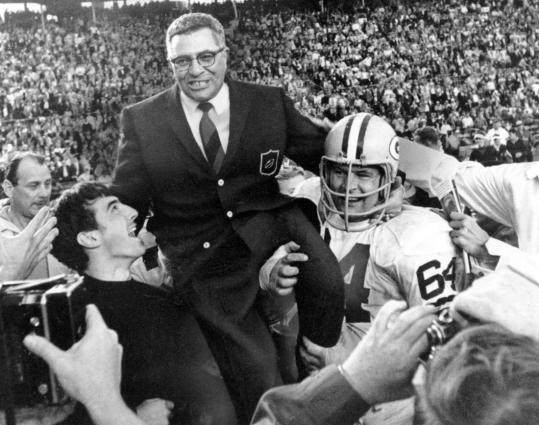 Vince Lombardi was demanding and drove his players hard because he had a vision and wanted to fulfill it. That work ethic often led to success, as it did in Super Bowl II, when he was carried off the field after his team defeated the Oakland Raiders 33-14. (Associated Press/File 1968)
By Ralph Whitehead Jr. January 28, 2008

BECAUSE THE Super Bowl trophy bears the name of Vince Lombardi, yearly media countdowns to the game often revisit his triumphant years as coach of the Green Bay Packers. But too often these portraits of him are skewed. They depict him as a severe taskmaster - but play down his achievements as an innovator. (Full article: 775 words)