Horrific images were taken this week of an alleged chemical weapons attack in Syria. Rows of bodies, including many children, fill rooms and streets in the eastern suburbs of Damascus, and Syrian activists are reporting hundreds of people killed. The Syrian government denies the use of chemical weapons, and an investigation continues. The civil war persists as forces continued fighting and droves fled the country. (WARNING: Images are graphic)( 25 photos total) 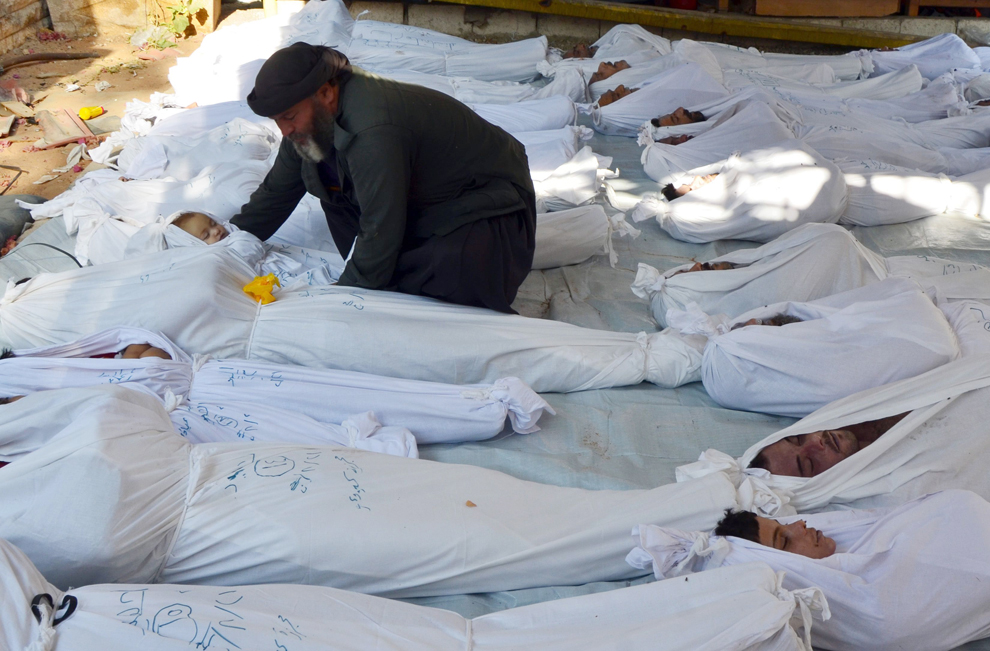 A man holds the body of a dead child among bodies of people activists say were killed by nerve gas in the Ghouta region, in the Duma neighbourhood of Damascus August 21, 2013. (Bassam Khabieh/Reuters)