Protesters continued to show their support for ousted president Mohammed Morsi today in Cairo as Egypt's military-backed interim President Adli Mansour selected a vice president and prime minister. Massive demonstrations that began over a week ago marking Morsi's first year of power led to fighting between pro- and anti-Morsi forces, and some 50 pro-Morsi Muslim Brotherhood protesters were killed outside Republican Guard headquarters. Gathered here are images from the turmoil in Egypt over the last few weeks. -- Lloyd Young( 40 photos total) 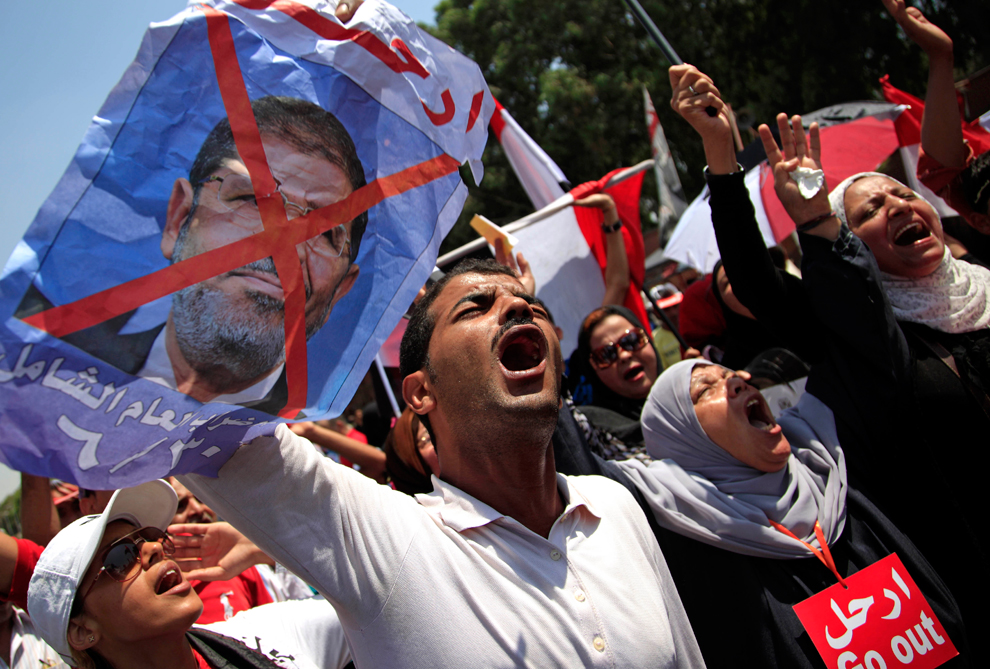 Opponents of Egypt's Islamist President Mohammed Morsi chant slogans during a protest outside the presidential palace, in Cairo, Egypt, on June 30. Thousands of Egyptians demanding the ouster of Morsi are gathering at Cairo's central Tahrir Square and the presidential palace at the start of a day of massive, nationwide protests many fear could turn deadly. The poster with Arabic at left, reads, Leave, huge year strike, 6/30." (Khalil Hamra/Associated Press)