The appearance of multiple simultaneous Santa Clauses is a sure sign that mankind's most widely recognized and commercialized religious holiday is near. It's also a sign that the holiday is celebrated by many more people than just faithful Christians, for better or worse. From the traditional Christmas markets in Germany to elfin divers feeding dolphins in Japan to the Church of the Nativity in Bethlehem where it all began, Christmas is observed worldwide for commercial, irreverent, and religious reasons. Gathered here are images of people as they herald the advance of an entire season built, loosely or faithfully, around the birth of Jesus Christ. -- Lane Turner (37 photos total) 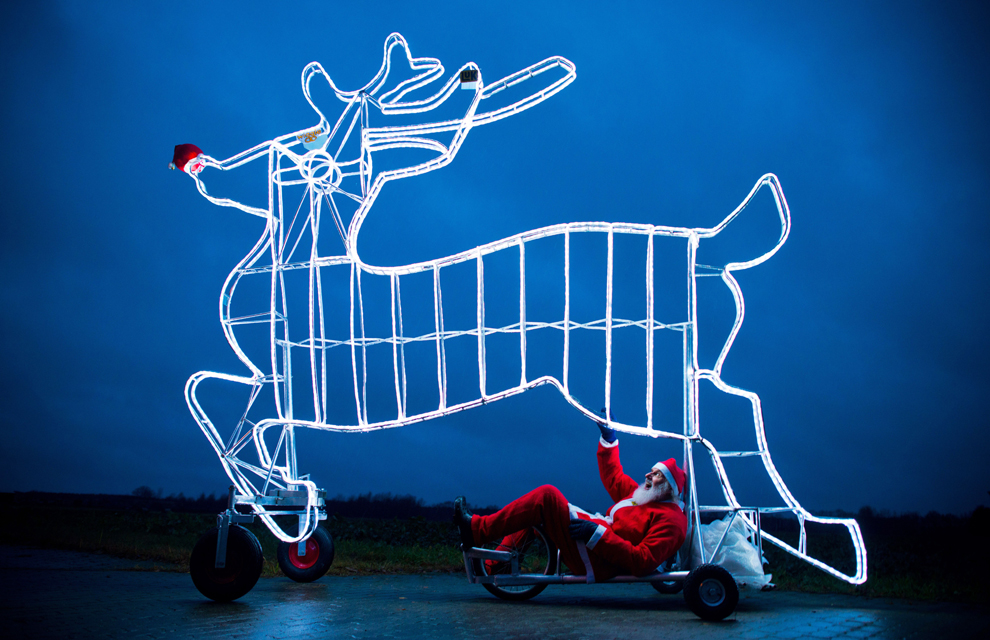