Puyehue volcano in southern Chile has spread volcanic ash far and wide since it erupted in early June. On Monday, Argentina's president announced that economic relief would be provided to residents affected by the ash in the southwestern region of Patagonia. And as recent as July 1 ash in the atmosphere was disrupting flights at the Buenos Aires airport. These images show how the earth's landscape has been affected. Here's a link to view our original post on June 8. -- Lloyd Young (32 photos total) 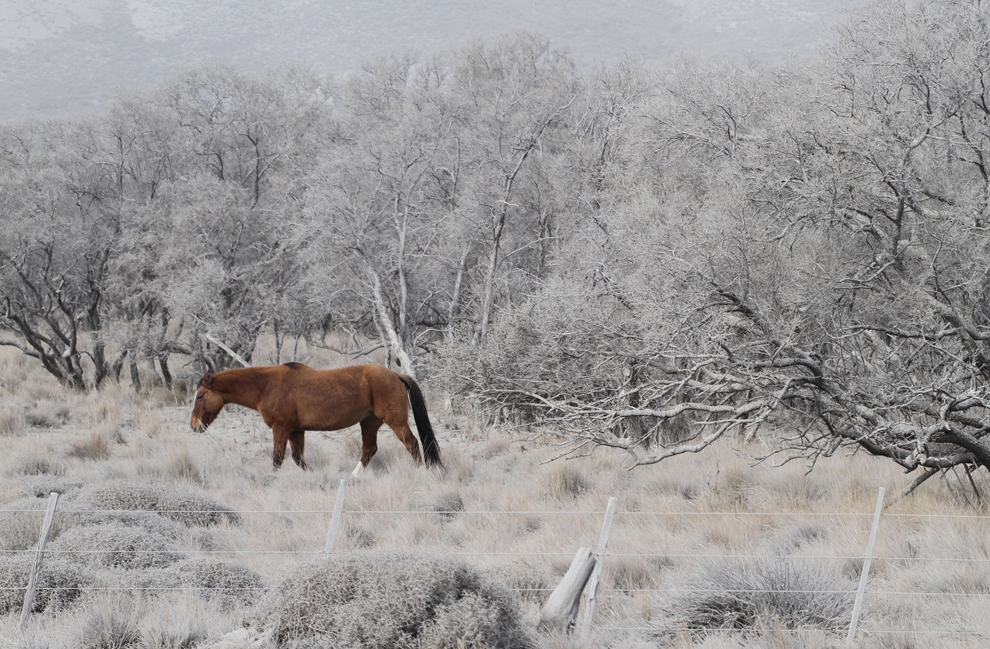 A horse walks on a field covered by volcanic ash from Chilean volcano Puyehue, near Villa Llanquin, a hamlet along route 40 on the banks of Limay river, 50 km from Bariloche, in the Argentine province of Rio Negro, on June 17, 2011. The ash cloud from Chile's Puyehue volcano caused widespread travel chaos in the southern hemisphere since it erupted for the first time on June 4 after lying dormant half a century. (rancisco Ramos Mejia/AFP/Getty Images)