A weather front rolls in from the horizon, storm clouds darken the sky, and (at least 1.3 billion times a year) lightning strikes. Last month, the National Weather Service promoted their Lightning Safety Week, with information designed to call attention to safe practices, helping people avoid lightning strikes which kill an average of 100 people every year. While the exact nature of the initial formation of lightning remains a subject of debate, what is known is that lightning strikes are caused by electrical imbalances present in the clouds. Those imbalances correct themselves suddenly, with an often spectacular light show - which I've tried to show here, with a handful of recent photographs of lightning from around the world. (26 photos total) 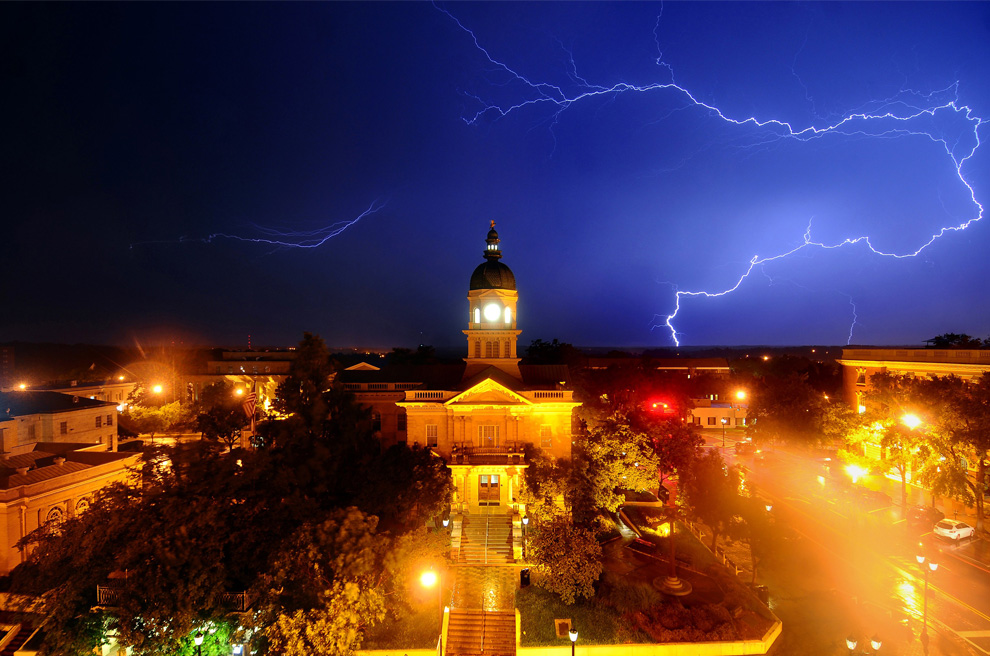 Lightning lights up the sky behind City Hall as a line of thunderstorms moves through Athens, Ga. Thursday morning, June 18, 2009. Over 4,000 people lost power in Northeast Georgia during the storm. (AP Photo/The Athens Banner-Herald, Kelly Lambert) 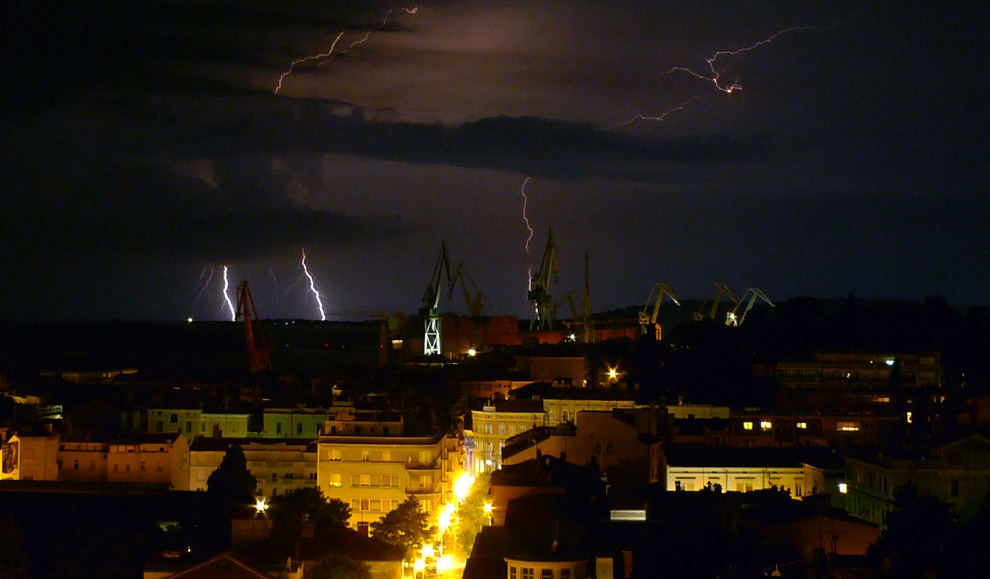 2
Flashes of lighting illuminate the sky during an overnight summer storm over Croatia's Adriatic port of Pula on July 10, 2009. (REUTERS/Nikola Solic) # 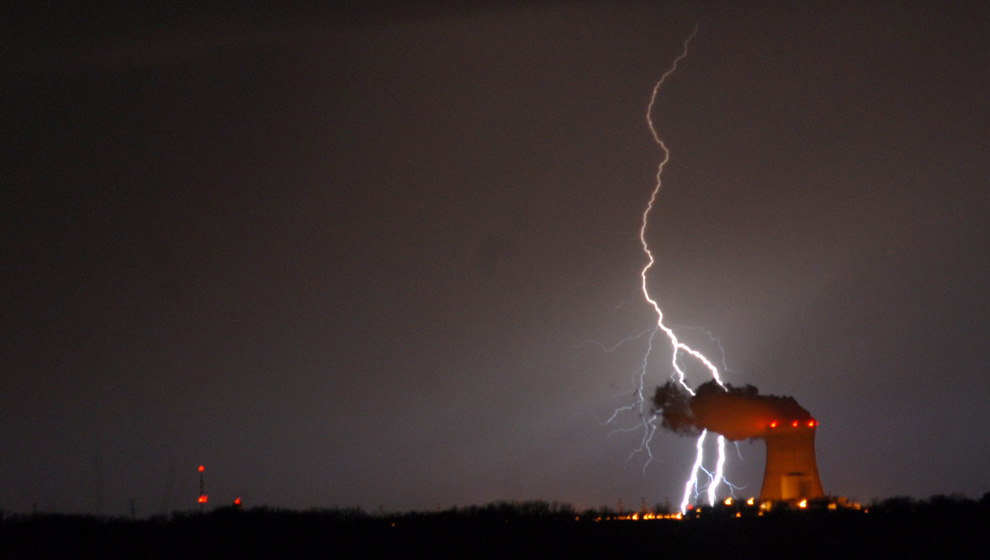 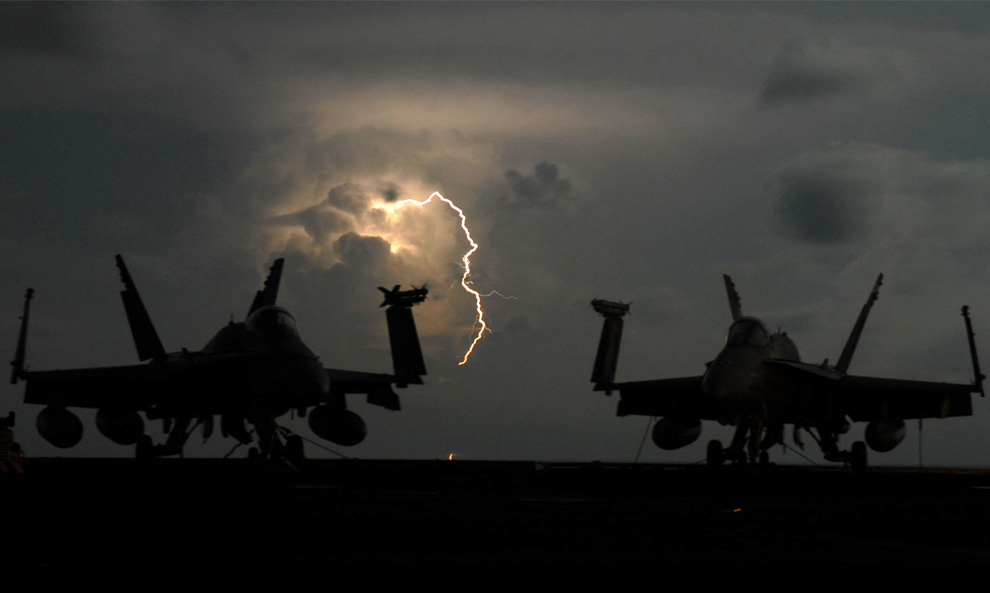 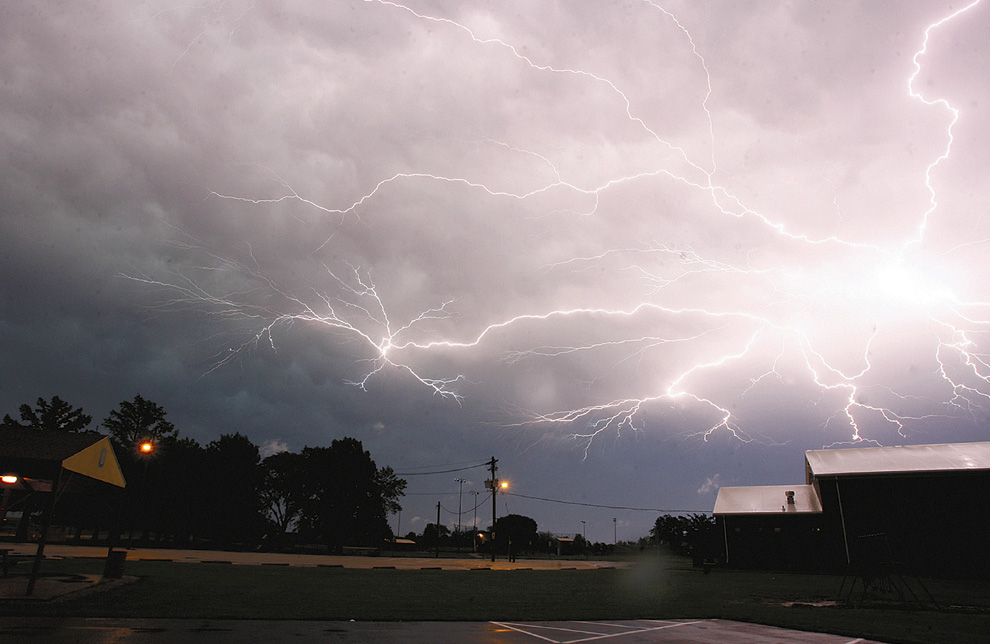 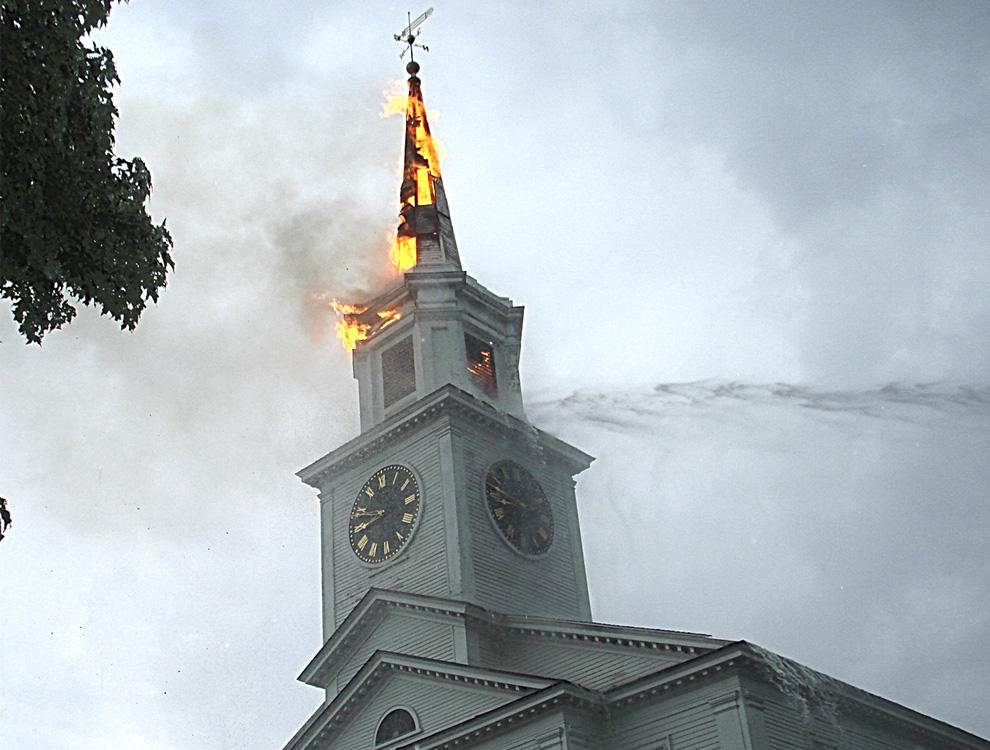 6
The steeple of the 190-year-old Medway Community Church in Medway, Massachusetts burns after being struck by lightning on July 1st, 2009. Firefighters were able to douse the fire, limiting damage to the steeple only. (Jim Smith, Assistant Fire Chief of Medway Fire Department, for the Boston Globe) # 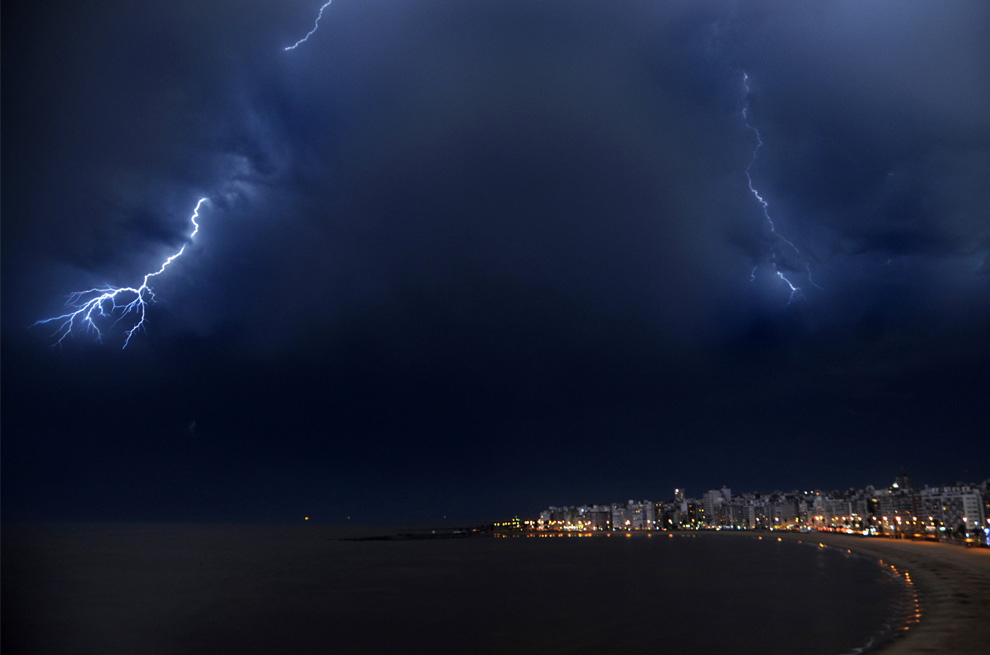 7
Bolts of lightning illuminate the night sky of Montevideo, Uruguay as a thunderstorm unfolds over the Uruguayan capital on July 5, 2009. (MARIANA SUAREZ/AFP/Getty Images) # 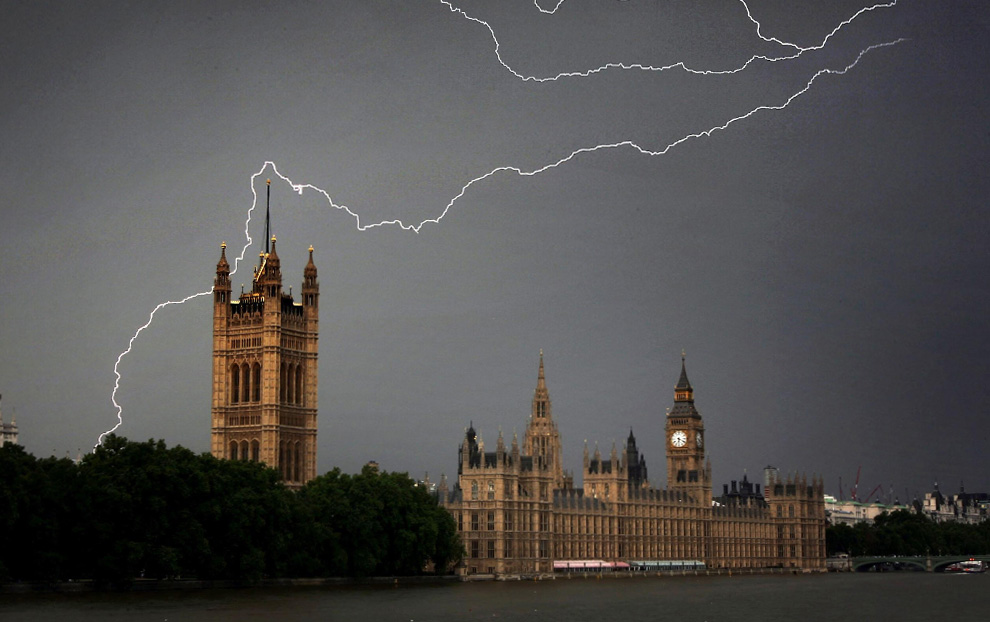 8
In this picture taken Saturday, June 27, 2009, storm clouds gather and lightning strikes over the Houses of Parliament in London during a break in the hot weather. (AP PhotoPhoto/Lewis Whyld/PA) # 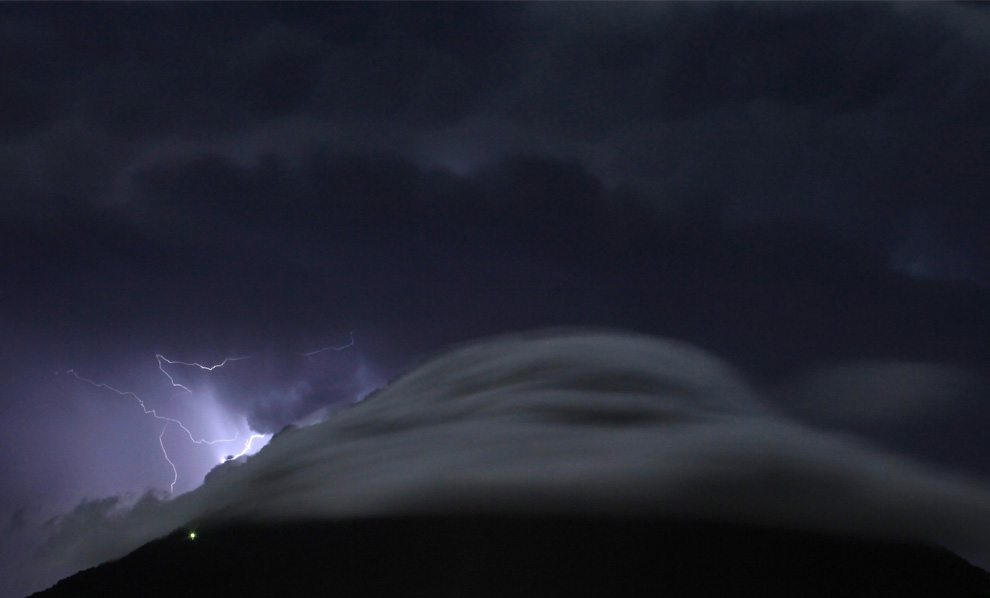 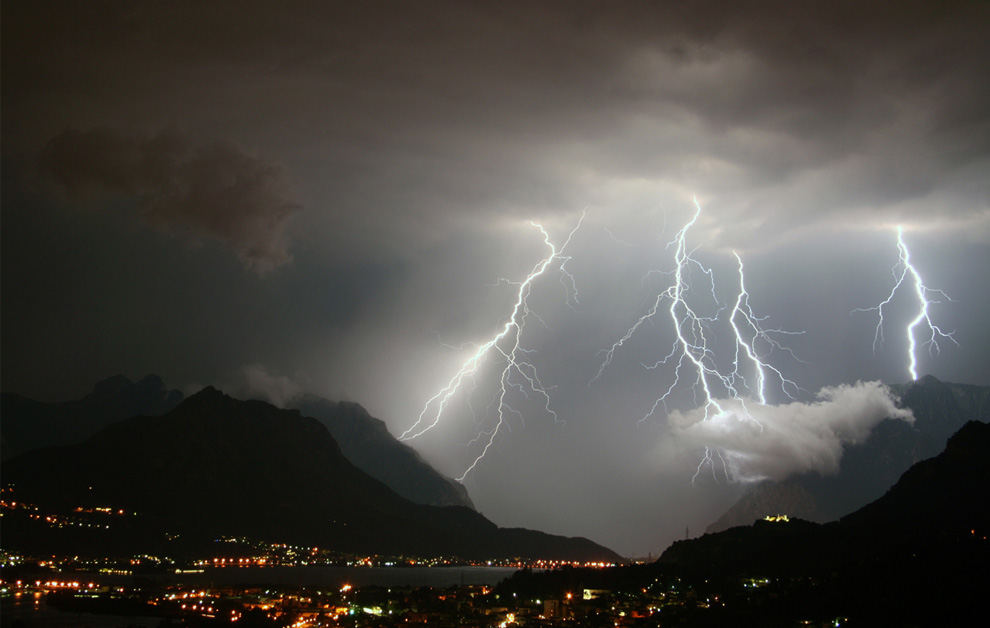 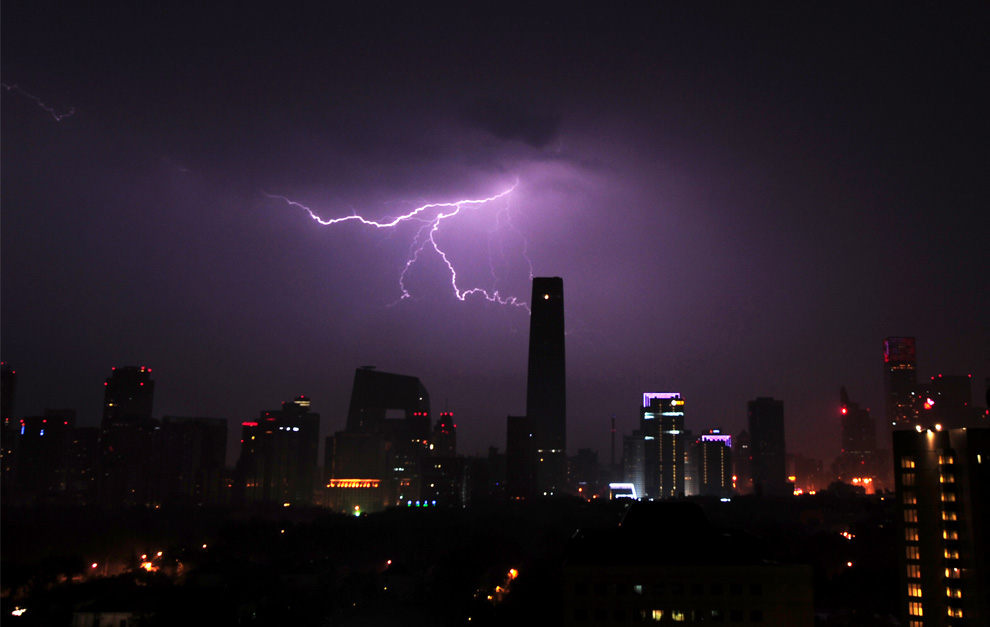 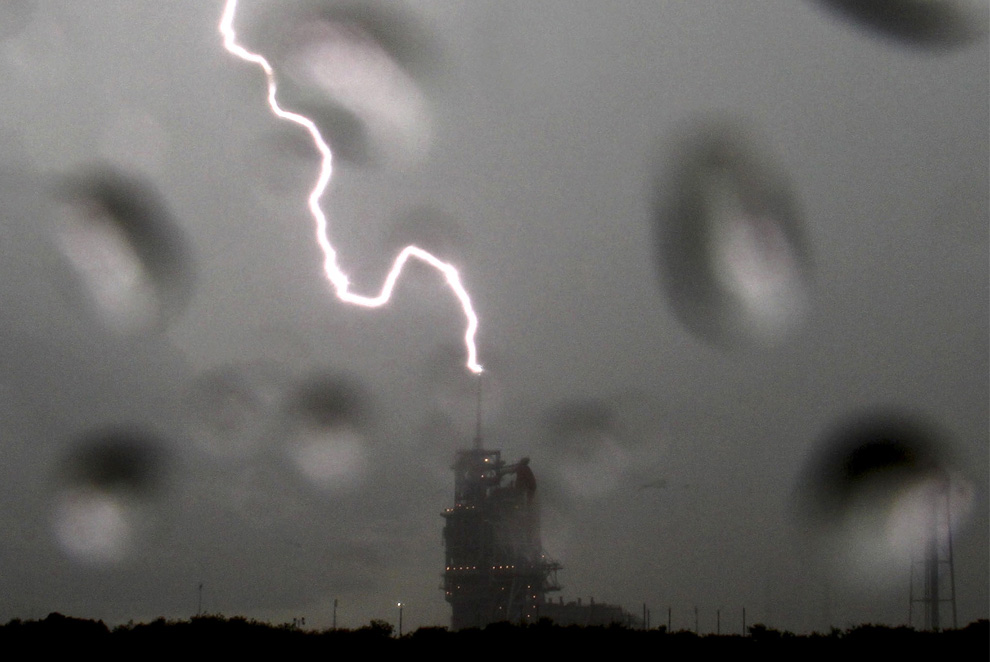 12
Lightning strikes a tower near the space shuttle Endeavour resting atop launch pad 39A during thunderstorms at the Kennedy Space Center in Cape Canaveral, Florida on July 10, 2009. NASA canceled the July 11, 2009 launch attempt of the Endeavour to assess possible damage from the nearby lightning strikes. (REUTERS/Gene Blevins) # 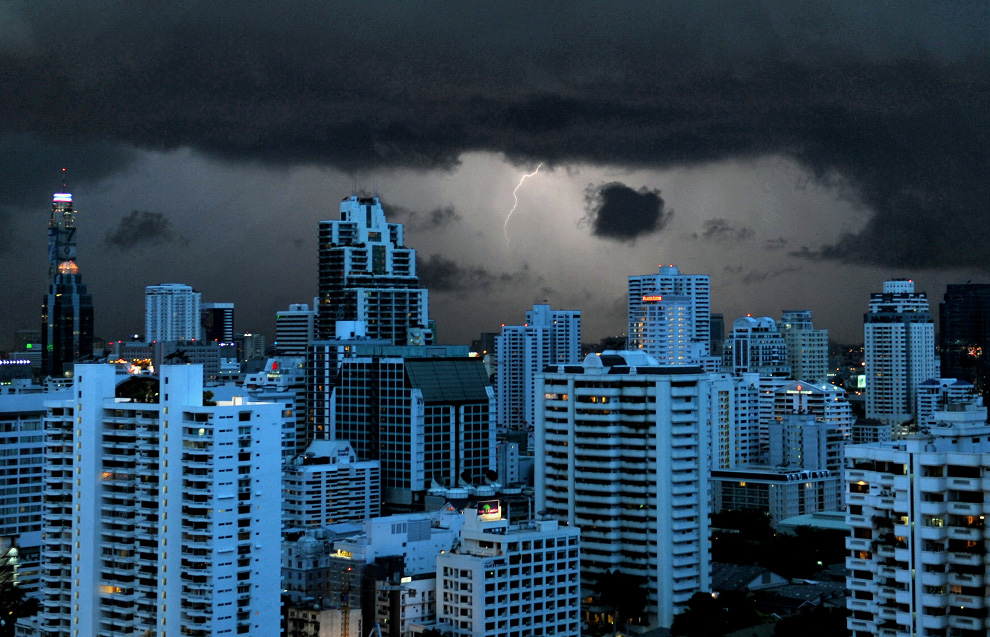 14
Lightning illuminates the sky and reflects off the buildings of Bangkok on June 13, 2009. (NICOLAS ASFOURI/AFP/Getty Images) # 15
Lightning flashes during a thunderstorm over Mine Resistant Ambush Protected (MRAP) armored vehicles on the U.S. army's Forward Operating Base (FOB) Shank in Logar Province in Afghanistan July 18, 2009. (REUTERS/Shamil Zhumatov) # 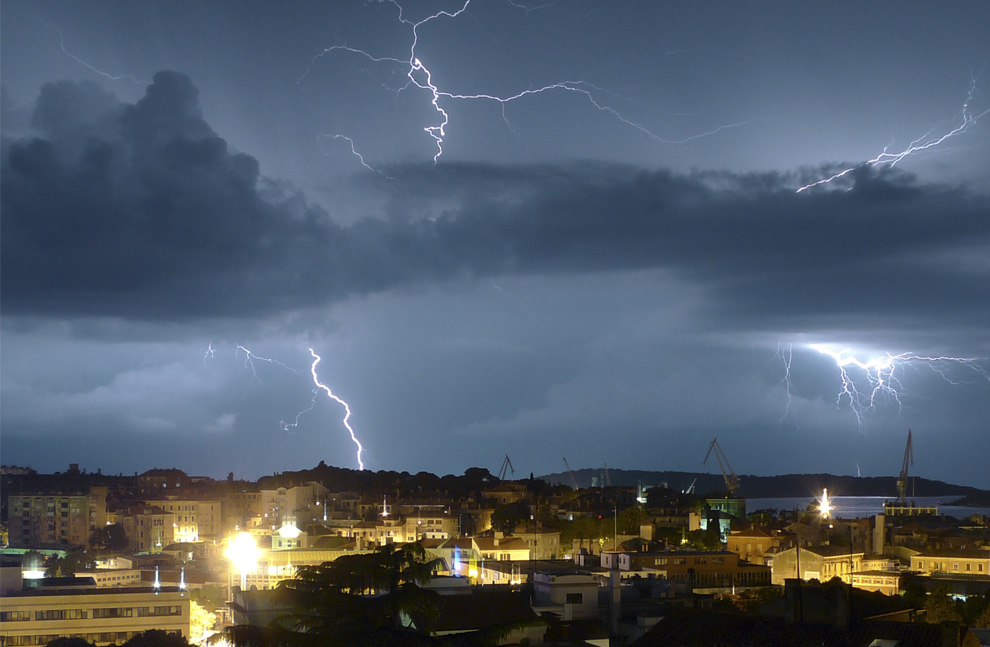 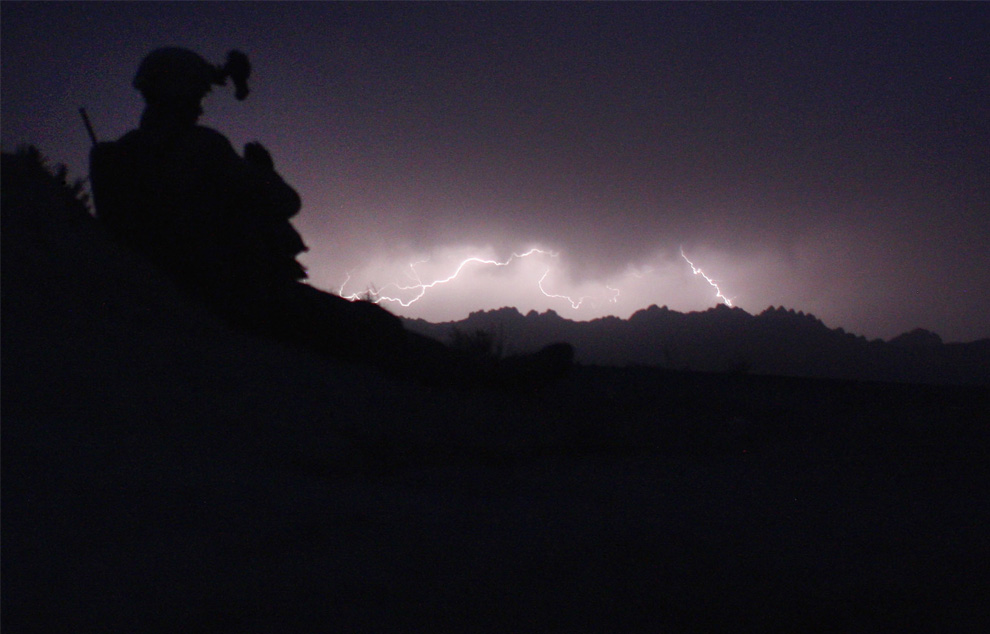 17
A U.S. Marine watches as lightning flashes on the horizon during a search operation for Taliban on March 25, 2009 near the village of Bakwa in remote southwestern Afghanistan. (John Moore/Getty Images) # 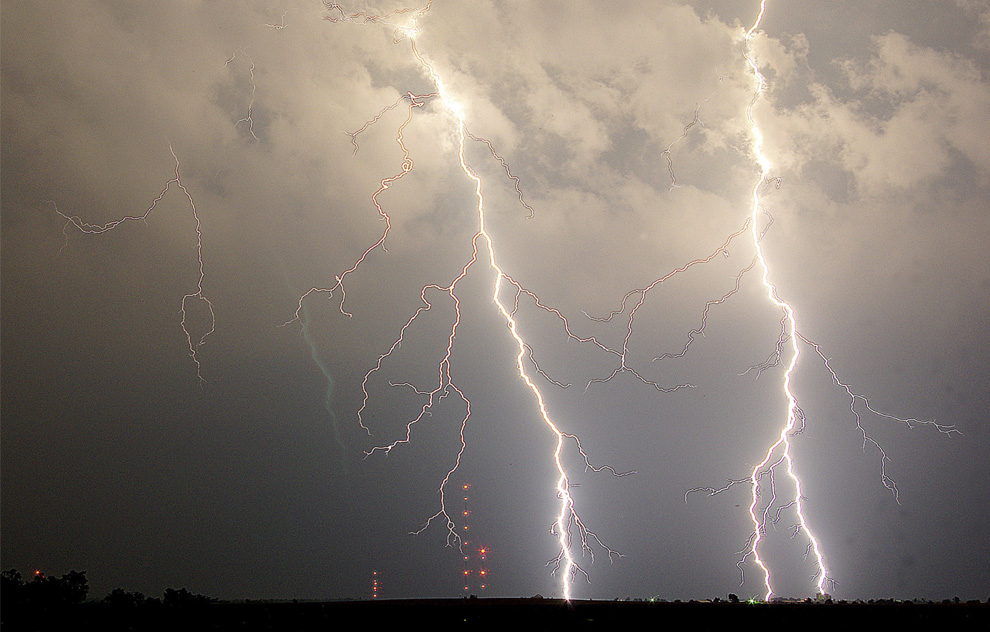 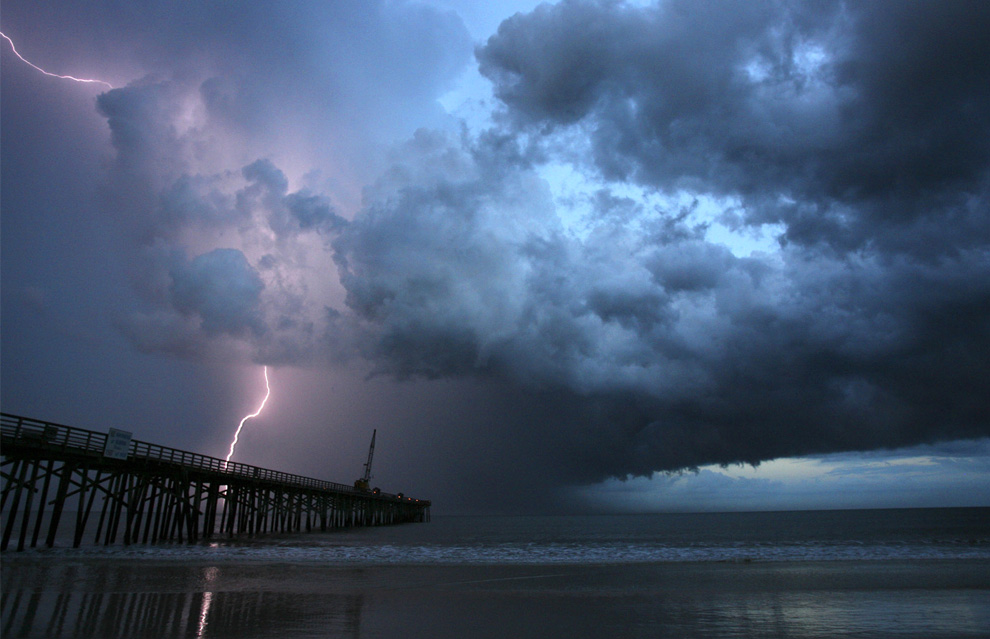 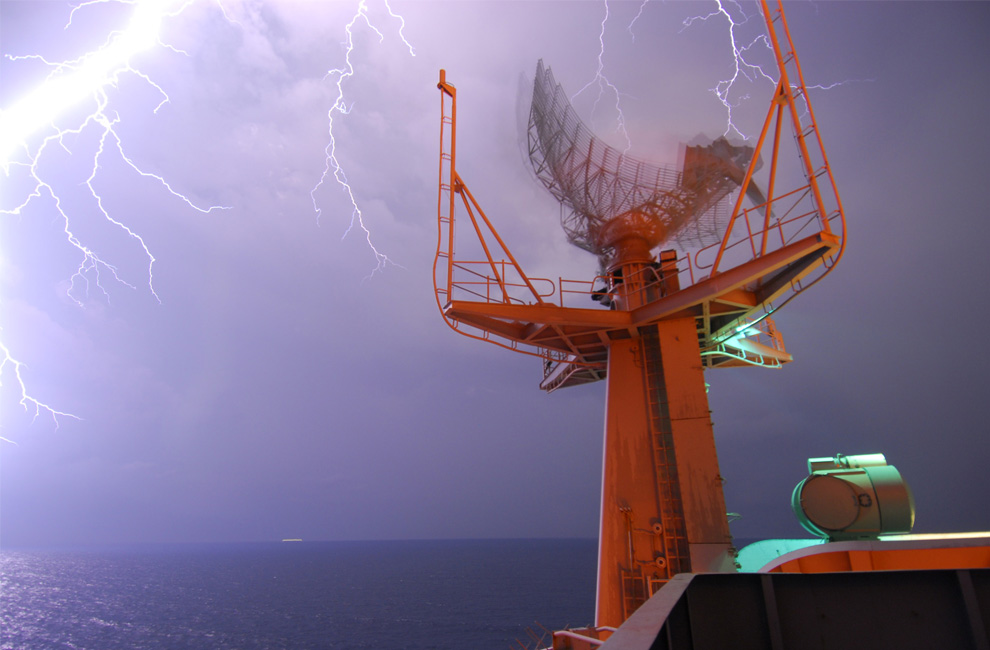 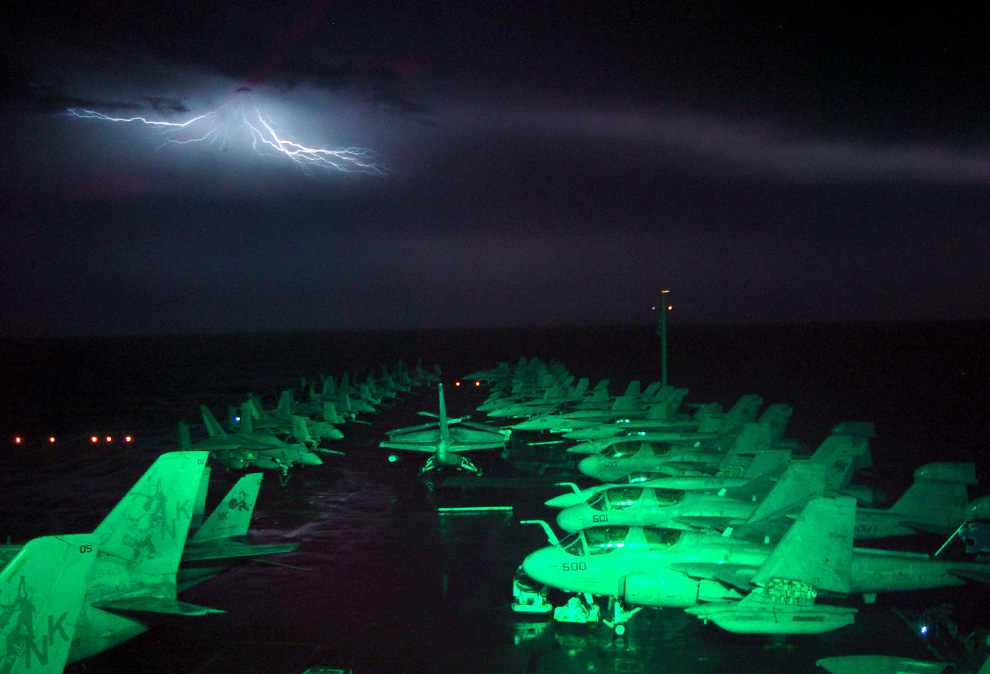 21
At sea aboard USS Abraham Lincoln on Nov. 2, 2002, lightning fills the horizon, and lights up the flight deck and air wing aircraft parked on the ship"s forward elevator and bow. (Lt. Troy Wilcox/U.S. Navy) # 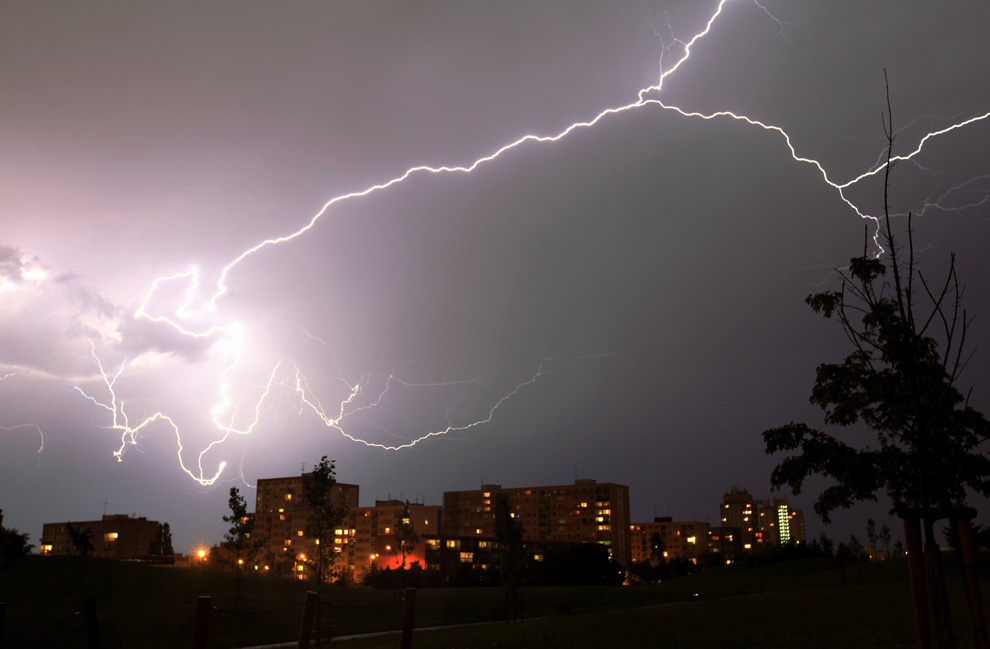 22
Lightning strikes over a suburban neighborhood of Prague, Czech Republic, during an overnight storm July 17, 2009. (REUTERS) # 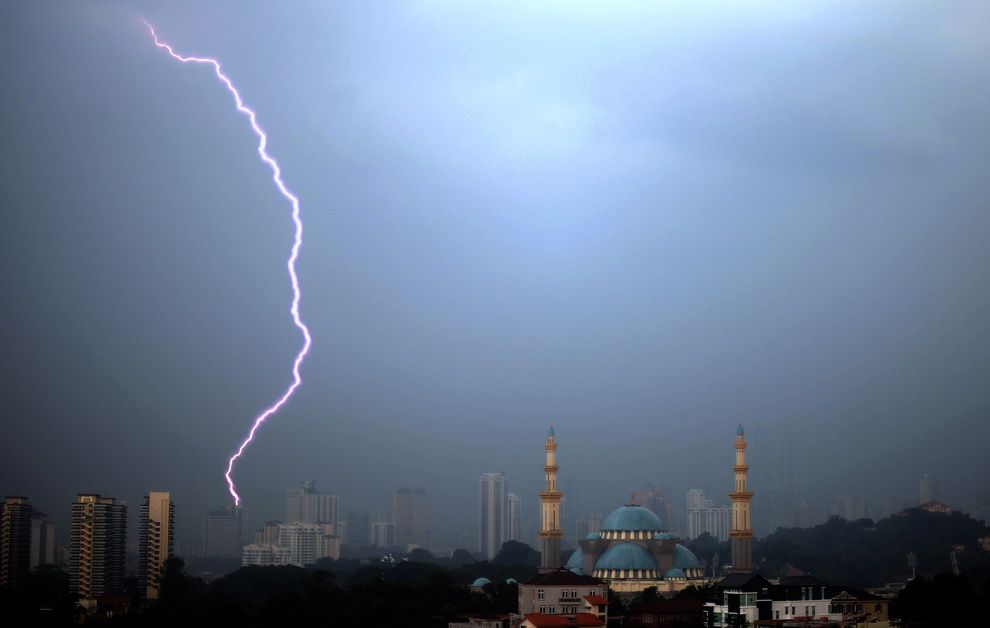 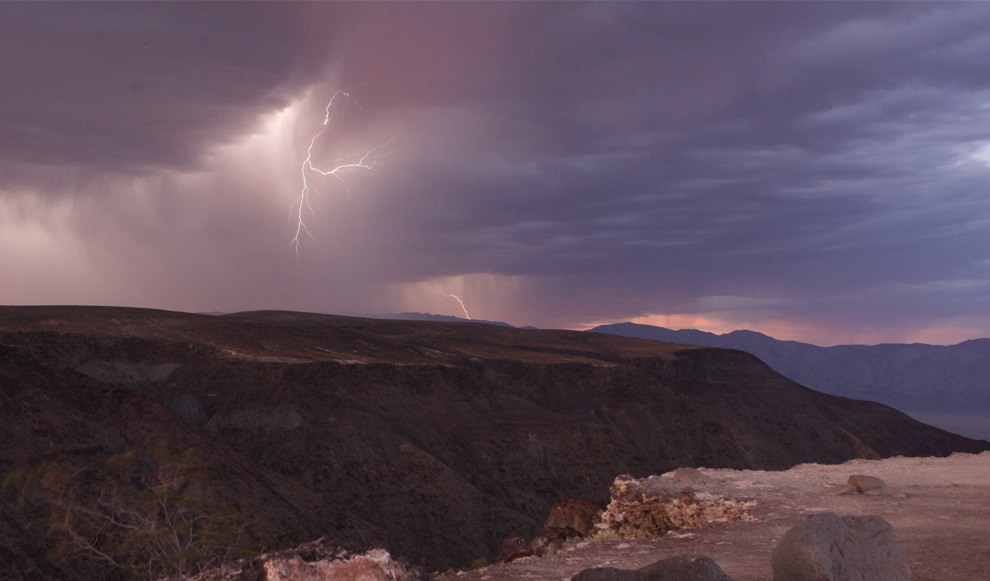 24
Lightning strikes over a ridge as a storm passes though Death Valley National Park in California just after sunset July 21, 2009. (REUTERS/Steve Marcus) # 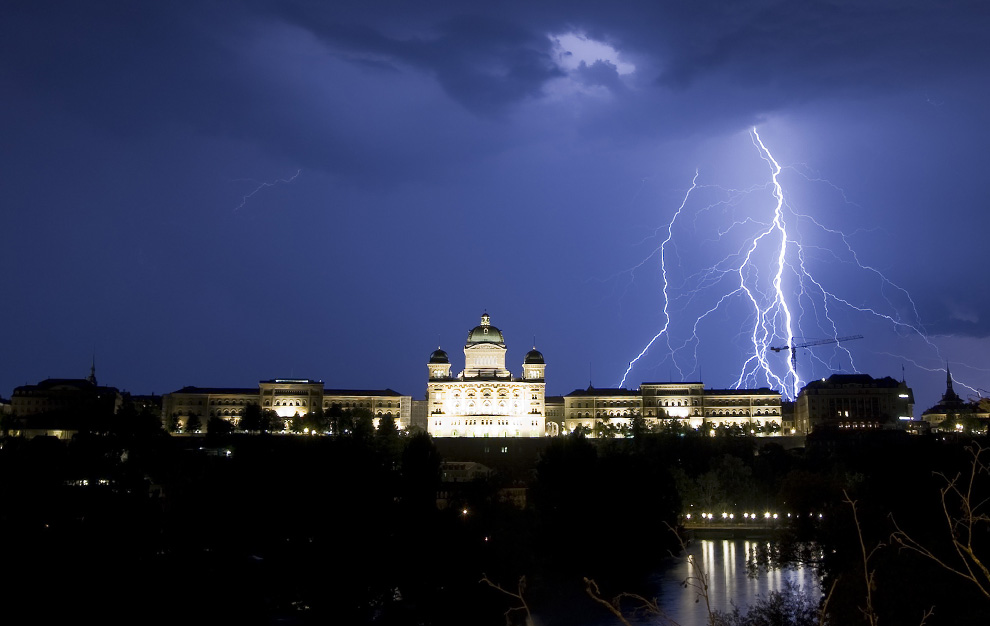 25
Lightning illuminates the sky during a thunderstorm over the Swiss Federal Palace in Bern, Switzerland on July 17, 2009. (REUTERS/Michael Buholzer) # 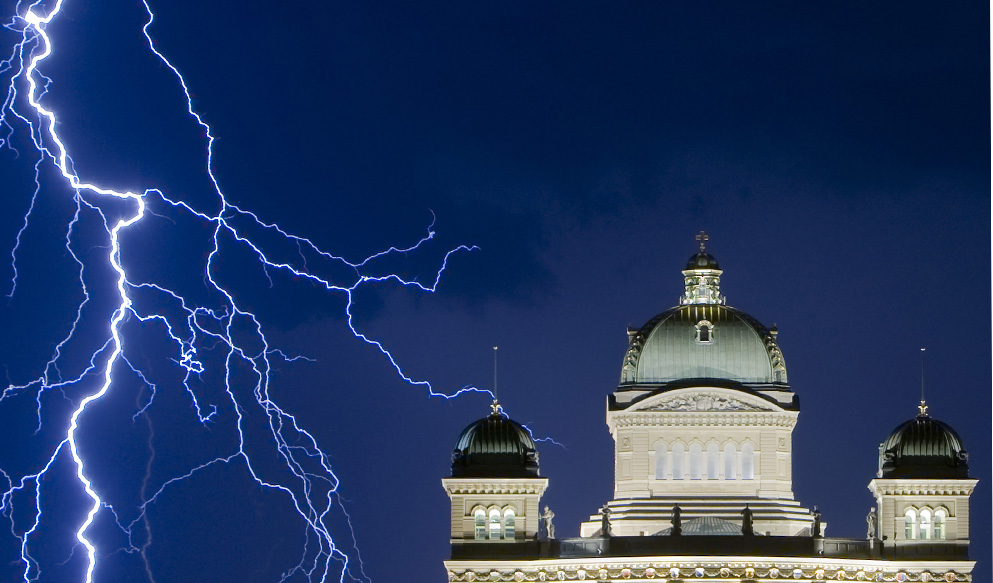 26
A closer view of the Swiss Federal Palace in Bern, Switzerland, during a July 17, 2009 thunderstorm. (REUTERS/Michael Buholzer) #