After nearly 70,000 confirmed deaths and five million people left homeless (as of May 29th), the Sichuan Earthquake of 2008 continues to cause hardship across the region. More than 30 "quake Lakes", formed by landslides have flooded many areas, relief and supplies are still needed and the cleanup continues. (13 photos total) 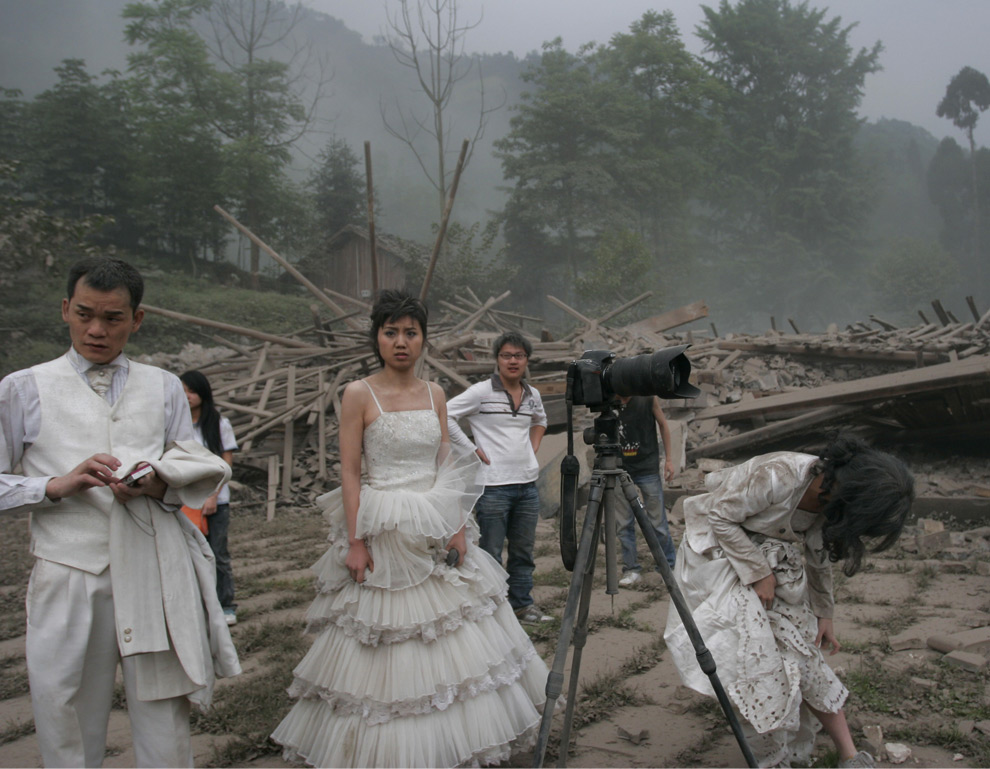 A couple reacts immediately after an earthquake struck during their wedding photo shoot at a deserted catholic seminary in Pengzhou in southwest China's Sichuan province Monday May 12, 2008. Five couples were having wedding photos taken when the earthquake struck, and all escaped without injury. The century-old seminary was destroyed in the quake, which left tens of thousands dead in Sichuan. (AP Photo) 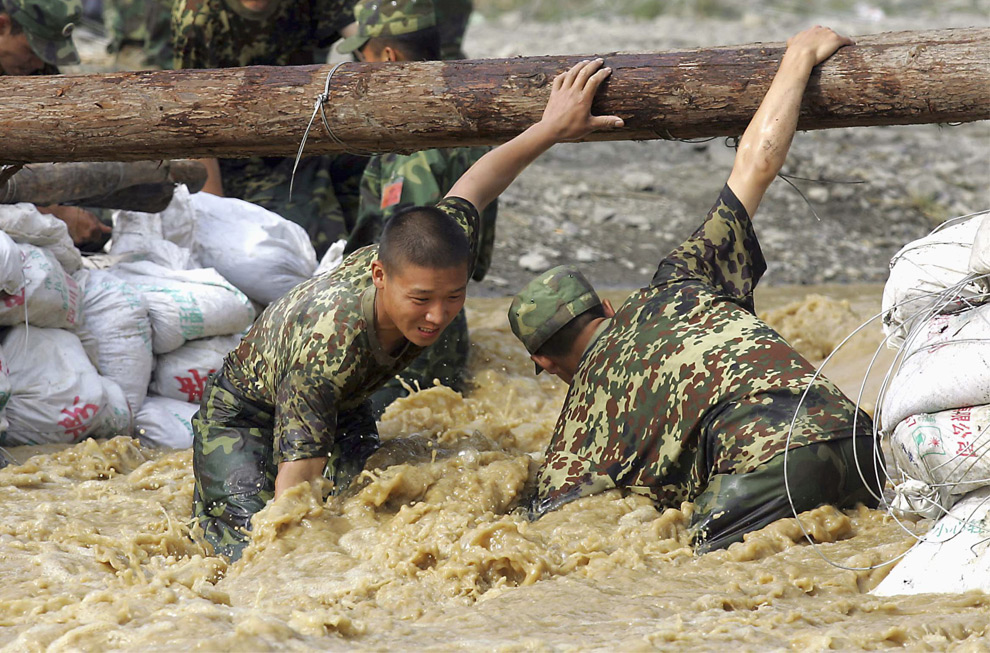 Soldiers of the People's Liberation Army (PLA) set up a makeshift bridge for refugees to evacuate Pingwu county of Mianyang, Sichuan province May 28, 2008. (REUTERS/China Daily CHINA). 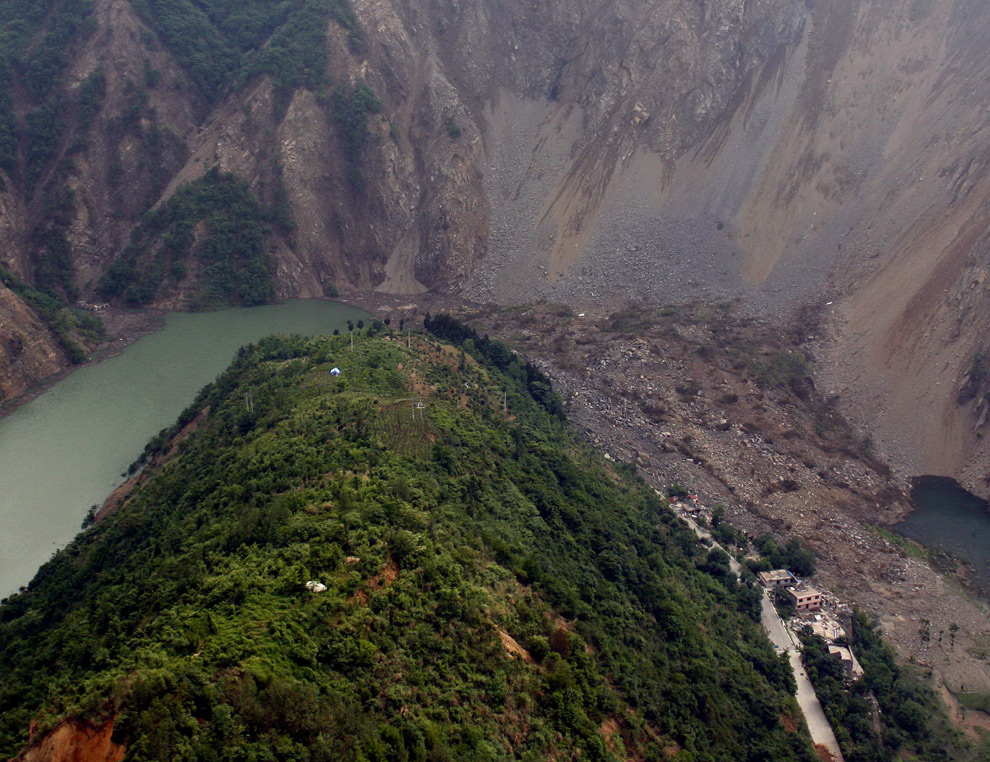 In this photo released by China's Xinhua News Agency, the Tangjiashan quake lake formed by the landslide following the May 12 earthquake near Beichuan County is seen on Monday, May 26, 2008. Chinese officials rushed Tuesday to evacuate another 80,000 people in the path of potential floodwaters building up behind a quake-spawned dam as soldiers carved a channel to try to drain away the threat. (AP Photo/Xinhua, Zhu Wei) 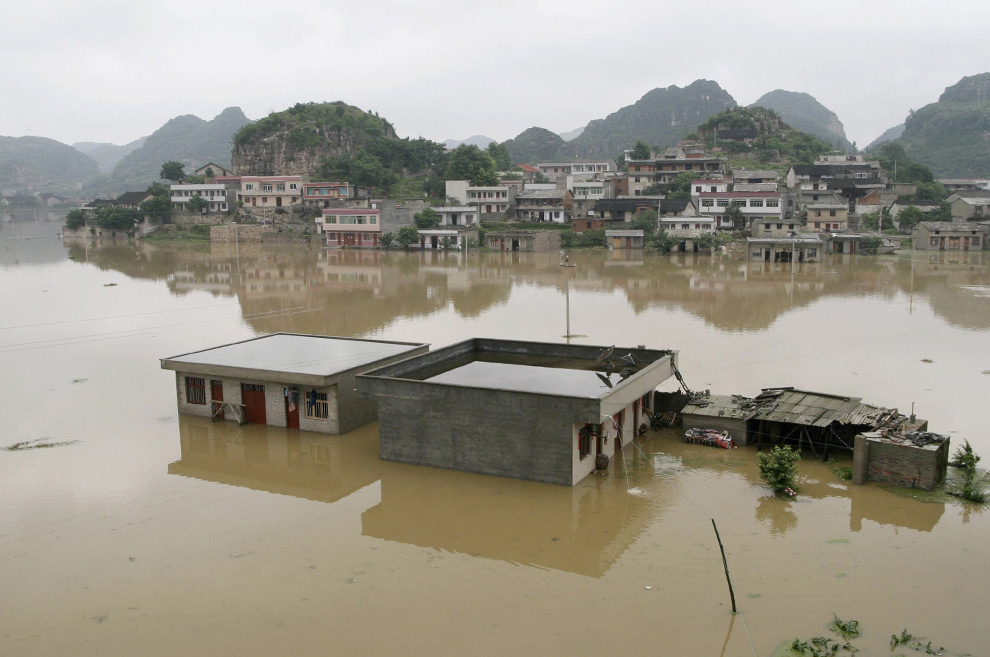 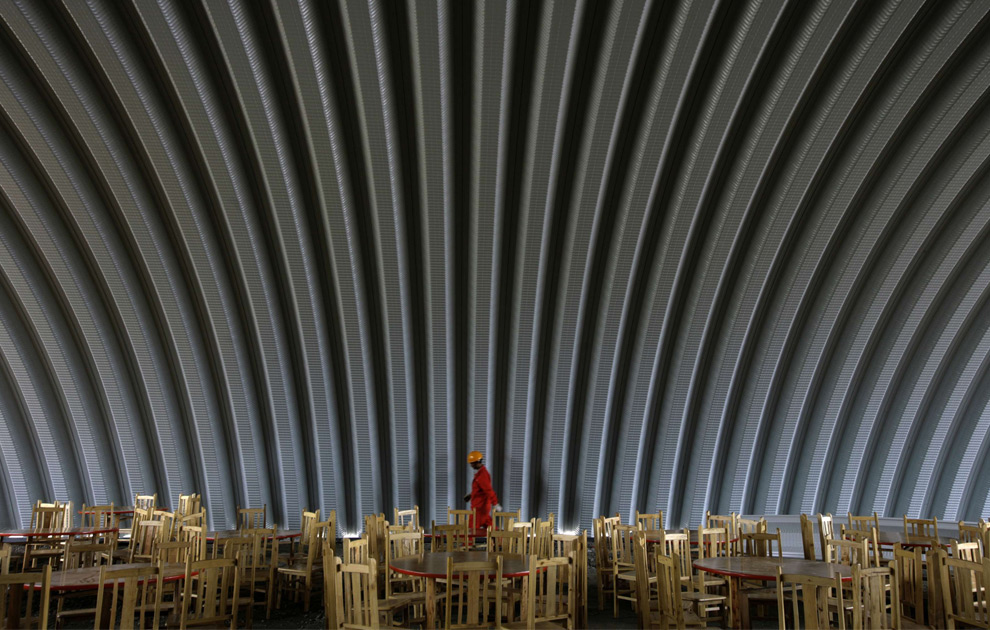 A worker walks inside the dining area of a newly built shelter at a site housing earthquake survivors in Dujiangyan, west of Chengdu, Sichuan province, May 24, 2008. REUTERS/Bobby Yip (CHINA) 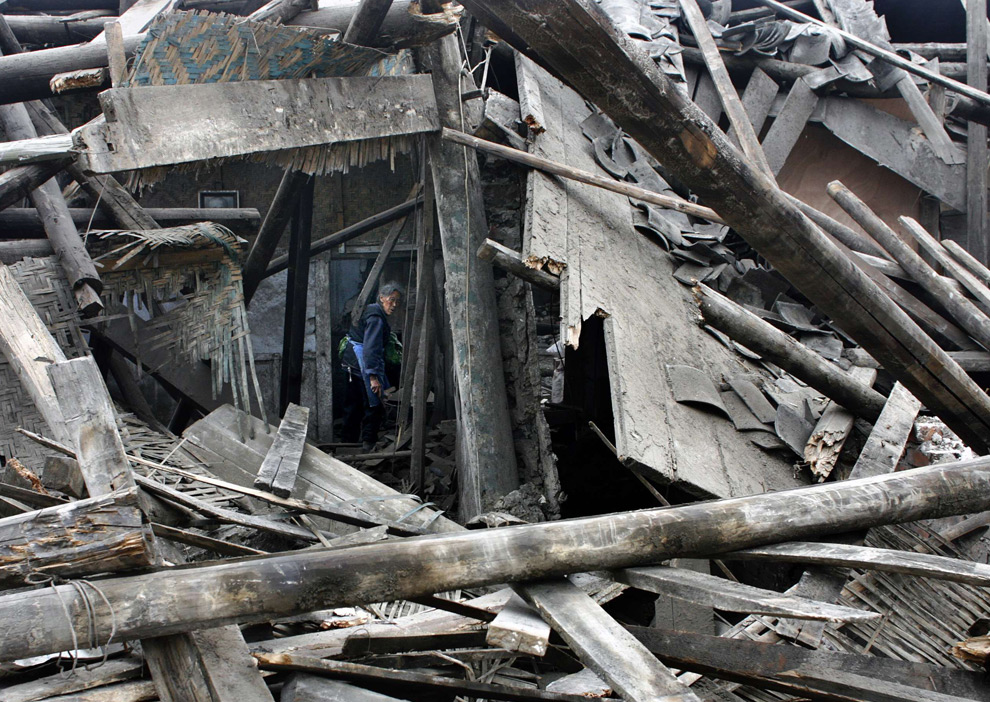 A woman carries vegetables into her collapsed house, caused by last week's earthquake, in the village of Si Wen Jai in Sichuan province, May 23, 2008. REUTERS/Nir Elias (CHINA) 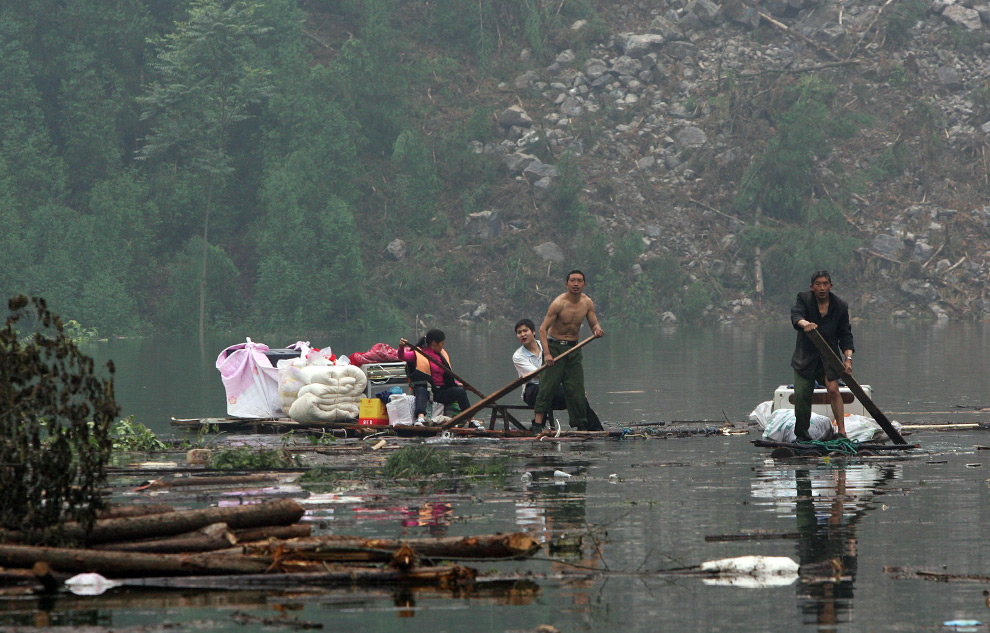 Earthquake survivors row rafts to transport baggage on the 'quake lake' at the Majingxiang Hydropower Station May 24, 2008 in Anxian County of Sichuan Province, China. Majingxiang 'quake lake' is the second largest quake lakes formed in the Sichuan earthquake by landslides that blocked rivers. The lake is over 40 meters (131 feet) deep with water rising at 2.5 meters per day. The upcoming rainy days will add to the risk of the lakes. (Photo by China Photos/Getty Images) 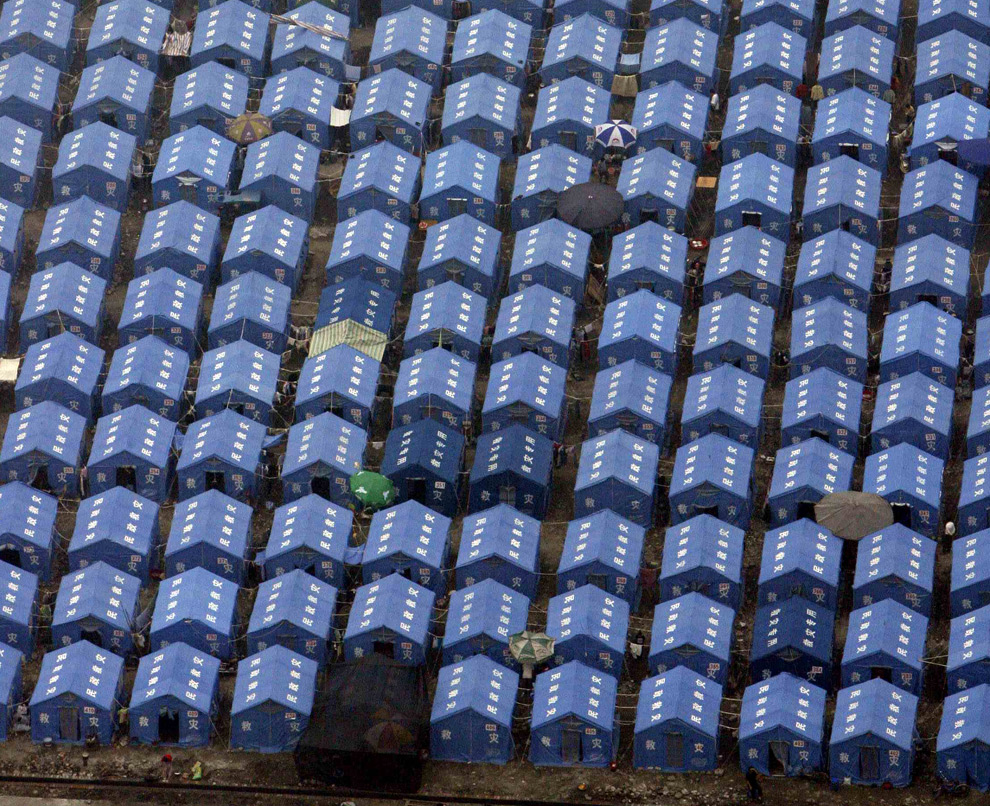 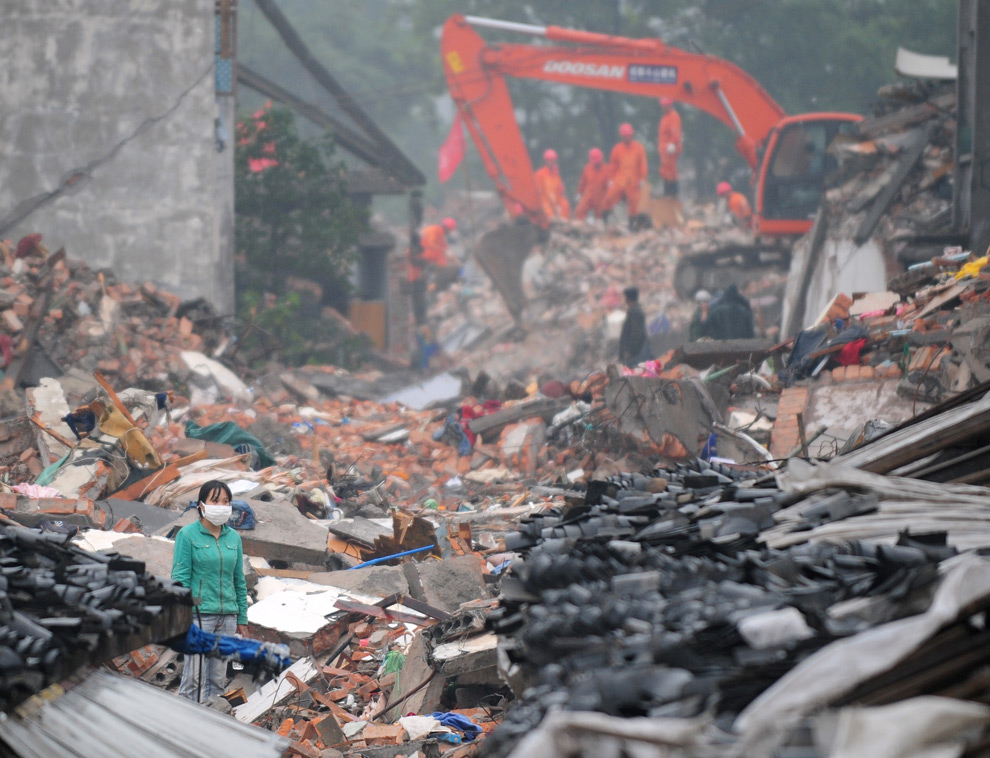 A quake survivor stands amid the rubble in Hanwang on May 25, 2008 in southwest China's quake-stricken Sichuan province. (FREDERIC J. BROWN/AFP/Getty Images) 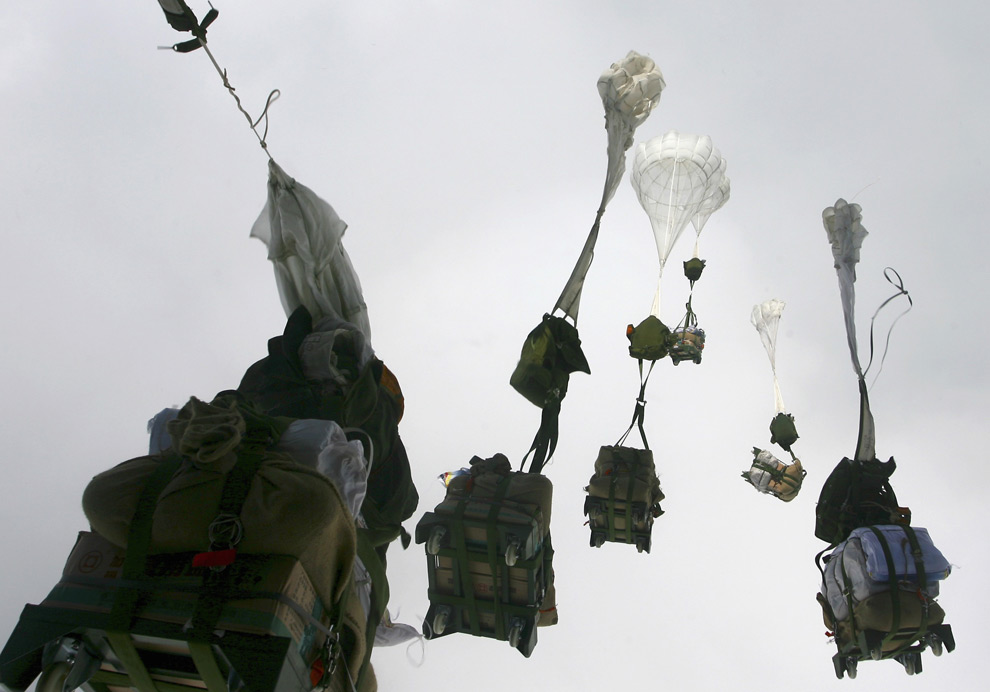 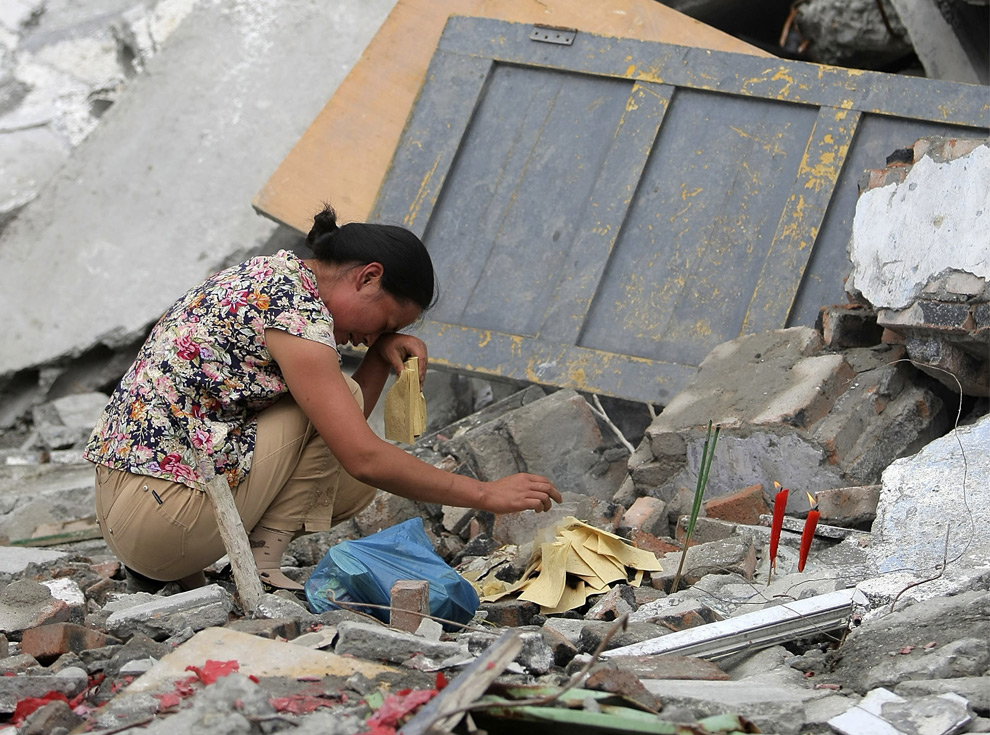 A woman mourns for her child who died in the May 12 earthquake, in the debris of the collapsed Juyuan Middle School in Dujiangyan, in southwest China's Sichuan province, Tuesday, May 27, 2008. (AP Photo/Color China Photo) 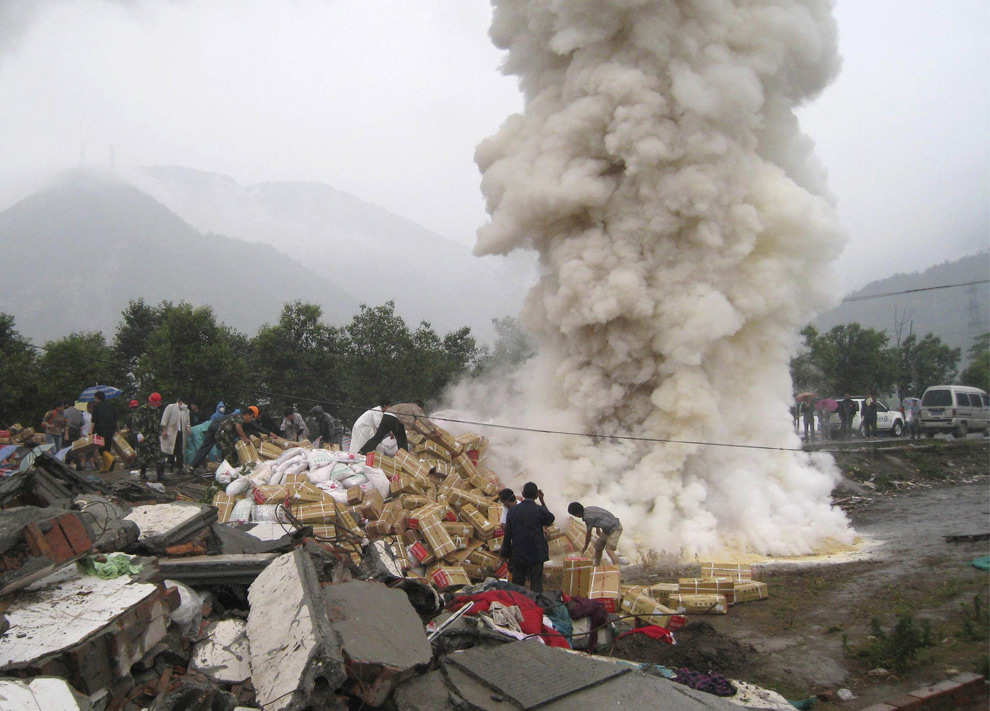 Relief workers try to remove bleaching powder and disinfectant while caustic smoke billows in a chemical reaction near a refugee camp in earthquake-hit Leigu Town of Beichuan County, Sichuan province May 29, 2008. The relief goods, including more than 10 tons of bleaching powder and disinfectant, reacted after being soaked by overnight rains, producing caustic smoke, a witness said. REUTERS/Bo Bor (CHINA) 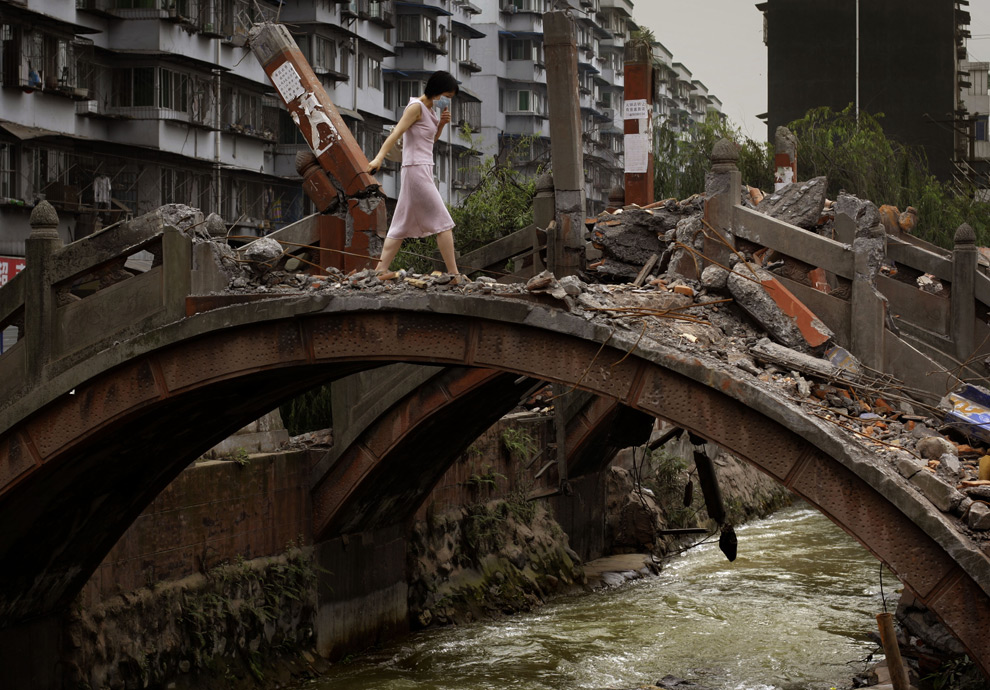