Matthew Gilbert's TV-14 - Closing out the season in style

Terrorists came crashing through the chapel windows and opened fire at Amanda Carrington's wedding to the prince of Moldavia. By the end of the attack, all the characters, including Blake and Krystle Carrington, were lying motionless on the floor. Was the massacre a bold, brilliant attempt to make us spend the summer wondering who would survive? Was it the producers' way of keeping the upper hand in contract negotiations with the actors? Or was it the moment "Dynasty" jumped the shark? It was all three. When the show returned in the fall, none of the major characters had been killed off. 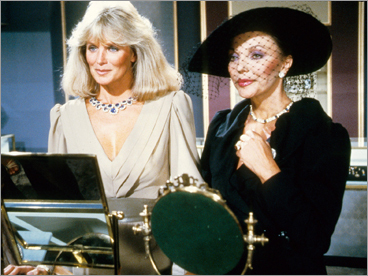