Drama goes out a champion after five successful seasons 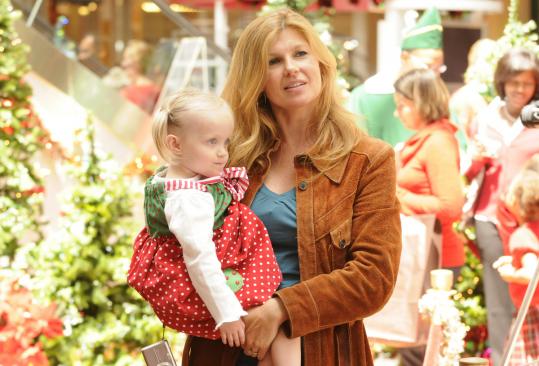 In the past five years, I’ve received more reader e-mail on “Friday Night Lights’’ than on any other TV show I’ve written about for the Globe. The “American Idol’’ fanatics, the “In Treatment’’ freaks, the “Real Housewives’’ junkies, and the “Mad Men’’ yay-and-naysayers have all made themselves quite known, to be sure; but the “Friday Night Lights’’ zealots have definitely been the most steadfast. They’re among the most attached, passionate, and emphatic of all TV watchers.

Oh, and the most doom-stricken, too. During season 1, when the Nielsen ratings didn’t match the critical love, the drama acquired a reputation as TV’s best endangered show, the little engine that should. And there was a point when “FNL’’ was headed toward cancellation by NBC, before DirecTV stepped in to co-produce and save the day. Fans have been living in a state of insecurity about the future of Dillon, Texas, since day one, and over the years there have been a spate of online campaigns - Fightforlights.com, for example - and critical pushes, including one by me. I hate to say it, but, with the corporate ax hanging overhead, “Friday Night Lights’’ took on the air of a pity party.

Well, as the show ends its NBC run tonight at 8 on Channel 7, I’d like to put the kibosh on that failure meme. Let’s pull it together, fellow “FNL’’-ers. Over the past five years, as those e-mails have poured in to my queue and Eric and Tami Taylor have continued to mentor the universe, I’ve changed my opinion about the show’s success. Indeed, I now think of “Friday Night Lights’’ as one of the more successful TV series of the past decade. I think it has actually been triumphant, when you step back and look at the facts.

Five seasons - five consistently excellent seasons - is absolutely nothing to feel less-than about. It’s a remarkable run - “Six Feet Under’’ lasted five seasons as well - and perhaps the perfect length for a drama. Too (“House’’) many (“Law & Order’’) dramas (“Nip/Tuck’’) live on TV well beyond the end of their creative lives. They become zombies, grabbing empty ratings for their networks while scarring their legacies with desperate, attention-getting hook-ups, marriages, and deaths. Picture Eric and Tami’s divorce in season 9 of “FNL’’ and be grateful. We got just the right amount.

And between 3 million and 6 million “FNL’’ viewers a week - not including those catching up after a day on DVR or DVD - is pretty good. Of course, for a major network, that number is low; but compared to the viewership for most scripted cable series, including “Mad Men,’’ which maxes out at around 3 million, it is better than fine. When garnered by a TV show that hasn’t compromised its vision to draw mainstream viewers or advertisers, 3 million to 5 million is the kind of number we should celebrate. “FNL’’ could have become a sexier, more teen-centric drama and possibly pulled in more viewers, but the executive producers, including Jason Katims and Peter Berg, refused. They stayed true to their fans.

And what fans they have been. Like the most celebrated TV shows, including “The Wire’’ and “Lost,’’ “FNL’’ has engendered an impressive cadre of loyalists.

The quality of the dialogue about “FNL’’ has been high among fans on the Web and at websites such as Slate.com, where weekly pieces about each episode have transcended the usual recap pieces. The characters on the show are so richly drawn and dimensional - from Tim Riggins and his Texas heart to the lovable but self-destructive Buddy Garrity - that we’ve been able to analyze them in the same ways we could dissect the “Sopranos’’ characters. And the dialogue about “FNL’’ has also been emotional. Along with analyzing the characters, we’ve been able to bond with them, as the writers and extraordinary actors have made them so deep. Even the most peripheral figures, such as Matt Saracen’s mother, were complex and sympathetic.

So “FNL’’ is part of an elite club, along with the likes of “The Wire’’ and “Deadwood.’’ These shows may not have been hits in their day, and they may not have been the recipients of massive Emmy love, but they were thoroughly appreciated by the right fans. We savored every indelible performance, every writing subtlety, every smart narrative turn. And these shows live on and catch on for years after their initial run, alive in our collective consciousness as the definition of great TV storytelling. Unless you gauge success solely by numbers, that’s quite an accomplishment.

And why wasn’t “Friday Night Lights’’ - a show about sports, youth, and America in a country obsessed with sports, youth, and itself - a mainstream hit? The usual thinking, which is partially right, is that too many viewers incorrectly believed that the series was for hardcore football lovers. Whether because of NBC’s promotional angles, or because of the Billy Bob Thornton movie the show was based on, too many potential viewers didn’t understand that TV’s “FNL’’ was a character drama with sports only in the background. A similar thing happened to FX’s “Terriers,’’ a great private eye show that got lost because of misleading promotion and a bad title.

But I think the biggest reason “FNL’’ never hit the Nielsen Top 10 - er, 50 - had more to do with the tone of the show, which was earnest and honest through and through. There was nothing hip or stylin’ about “Friday Night Lights,’’ nothing that would give it pop cultural buzz. It was the counter-programming to all the ironic stuff out there. As a culture, we’re addicted to the relief of irony, the way watching “The Real Housewives’’ or a wonderfully black comedy such as “30 Rock’’ or “Weeds’’ lets us off the hook when it comes to having personal feelings.

“Friday Night Lights’’ did not offer that kind of experience. It was a shamelessly soulful portrait of a financially strained town and its individuals, as they tried to create meaning in their lives despite the odds. With the inspiration of others - thanks, Taylors - the people of Dillon worked to find love and give love. “FNL’’ was ultimately a humanistic story about love in action. And love isn’t cool.