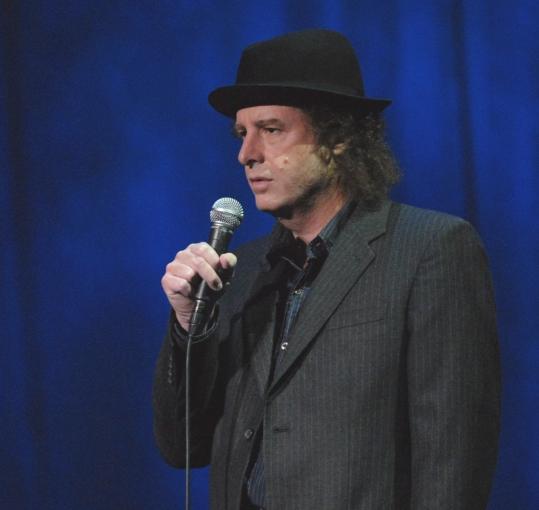 Steven Wright's deadpan absurdism first came to national attention in 1982 with his debut appearance on "The Tonight Show" with Johnny Carson. Almost 30 years later, he's even funnier and still touring regularly - he's at the Comedy Connection Wilbur Theatre tonight, the Cape Cod Melody Tent in July, and plays a benefit June 14 at the Ahavath Torah Congregation in Stoughton for the family of his good friend and sometime opening act Bob Lazarus, who died of leukemia in January. Next week, Warner Brothers rereleases his 1985 debut CD, "I Have a Pony," and his first HBO special together in one package. He released his second album, "I Still Have a Pony," in 2007.

Q. Are you happy that "I Have a Pony" is going to be rereleased?

A. Oh, yeah, sure. It wasn't even my idea. It was the 50th anniversary of Warner Brothers, and they're rereleasing some of their stuff. I think it'll be good. Especially for younger people who may have never even heard of it.

Q. Have you gone back and watched the HBO special or listened to "I Have a Pony" since you recorded them?

A. I'm going to do a set on Letterman from that material [airing June 5], so I listened to it to see what material I was going to take out of it. But I don't just casually turn it on for no reason.

A. Did you put two "stills" in there? That's good. I wasn't sure what I would name the next one, but now I think you've nailed it. Maybe "I Had a Pony."

Q. Where do you try out new material these days? Is there anywhere you go to work out?

A. When I'm on the road I can just try it during my show. I went to the Laugh Factory last week, that's a club in Los Angeles, trying to figure out the Letterman material. Sometimes I'll go into a small club and sometimes I'll do it during the show.

Q. What do you think people should remember most about Bob Lazarus?

A. It would have to be his unusual angle on things. His sense of humor, definitely. I laughed as much with him as with anyone in my whole life, hanging out with him. I'd known him since '79. So 30 years. Definitely his sense of humor is the main thing. And a very kind person, too. Very real.

At the Comedy Connection Wilbur Theatre (246 Tremont St.) tonight at 7:30.