Works range from the simple to the cinematic 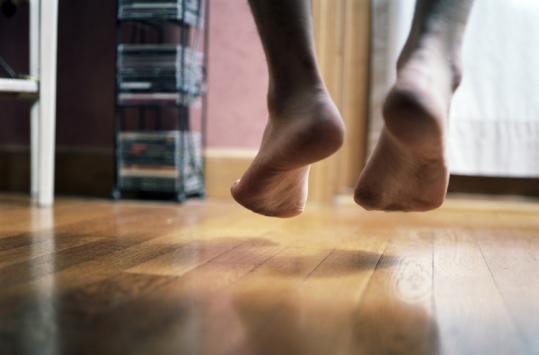 “Trying to define yourself,’’ Tennessee Williams once said, “is like trying to bite your own teeth.’’ Trying to define what’s going on in photography today on the basis of a juried exhibition, even one as astute and eclectic as “EXPOSURE: The 15th Annual PRC Juried Exhibition,’’ is like trying to bite several cameras with someone else’s teeth. “EXPOSURE,’’ which runs through June 20 at the Photographic Resource Center at Boston University, includes the work of a dozen photographers. Mia Fineman, senior research associate at the Metropolitan Museum of Art, made the selections.

The photographers are evenly divided between male and female. Most use color, a few black and white. A couple, interestingly enough, use both — further proof of how long ago the color issue ceased to be an issue.

The oldest photographer, Charles Rozier, was born in 1951. His ongoing project consists of unposed portraits, usually of family members. Family is a subject that concerns several other photographers here.

The youngest, Bryan Martello, was born in 1988. Is it too much to read youthful exuberance in his marvelous shot of a pair of airborne feet? Subjects range from obsolete machinery (Joseph Holmes’s renderings have a lustrous gravity) to staged reenactments of imaginary wars (as strikingly captured by Harlan Erskine, they look at once casual and emphatic) to issues of personal and familial identity (multiple examples).

Millee Tibbs, who teaches at Rhode Island School of Design, makes the rather grand statement that “I develop my work out of a desire to scratch off the surface of the image and expose the difference between what we see and what we know.’’ That hardly prepares a viewer for the very sly charm of her two then-and-now diptychs, which pair snapshots of Tibbs as a little girl with her striking the same pose in the same setting as an adult. Even better (hilarious, in fact) are “Self-portrait at the Bottom of Lake’’ and “Self-portrait Beyond the Horizon’’ — she’s nowhere to be seen in either, of course.

Jacqueline Bates also uses diptychs to look at identity, pairing color images of her Italian-American family with black-and-white images that include film stills imaginary and film stills real (it’s always a treat to encounter Monica Vitti). Stella Johnson, taking a more traditional photographic approach, offers large color images of Greece, the home of her grandparents. They’re like a cross between an expansive interpretation of photojournalism and a highly animated family album.

Technically and visually, the most distinctive works in “EXPOSURE’’ belong to Alexander Harding. For his “Painted Light’’ series, he chooses familiar arrangements of objects — a record player, bottle, cup, and album, say, as in “2:58 p.m.’’ — paints the objects, precisely noting the light and shadows at that time (hence the title), then photographs them at night under tungsten lights. They’re as close as photography can come to impasto without applying paint to image.

Mary Parisi’s lush color landscapes of San Francisco’s Golden Gate Park contrast with Irina Rozovsky’s sere views of Israel (the desert colors are so muted they almost seem like the pursuit of black and white by other means).

A sense of the cinematic informs many of these images — either overtly, with Bates, or associatively, as with Erskine. His combat reenactments are like war movies infiltrated into home movies and vice versa. The four black-and-white images from Joshua Deaner’s “A Town Without Pigeons’’ project are memorably moody and noirish. As for Cindy A. Stephens’s four “Reflections From Main Street USA’’ pictures, “It’s a Wonderful Life’’ lurks somewhere in their collective memory. Stephens overlays reflections, literally, on a standard documentary approach. She shoots classic small-town scenes (a 19th-century brick office building, for example) with a superimposed reflection from across the street — in this case, the word “Rent.’’ There are a couple of American flags visible, too. The town is Ayer, but it could be Bedford Falls. The bright colors notwithstanding, it’s maybe more Lionel Barrymore’s Bedford Falls than James Stewart’s.