The cast and creators of a certain hit TV show on Fox are hoping that you want to have a "Glee"-ful holiday season. If you're a fan of the show, then "Glee: The Music, the Christmas Album" is probably just what you ordered from Santa, as it finds everyone's favorite McKinley High School warblers cheerfully tackling the sounds of the season in their peppy Broadway-meets-Top 40 fashion. (Although the Jewish faith of two of the characters — Puck and Rachel — has been referenced on the series, this is mostly Christmas music. But hey, Rachel's idol Barbra Streisand did it.)

Read more about this pick 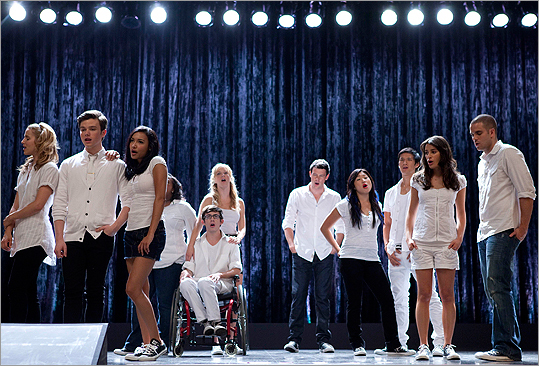