THIS STORY HAS BEEN FORMATTED FOR EASY PRINTING
Choice | Pop

At sweet 16, Lovato's ready for her close-up 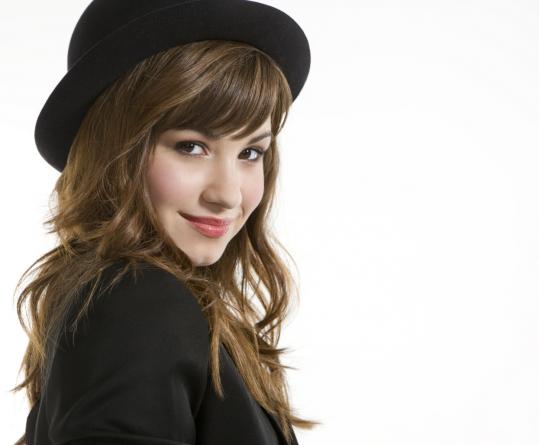 Demi Lovato is the latest 16-year-old called to the majors from the Disney Channel farm team. She has a giant smile, likes the colors red and black, and wears scarves, hats and Converse shoes. On her new debut, "Don't Forget," out today, Lovato throws her red leather gauntlet at Miley Cyrus's feet.

In terms of sound and style, the two aren't far apart, so Lovato has adopted the alternative narrative of the pop newcomer. The act is appealing but won't last long. Lovato has already mastered the limited range of skills required of today's pop starlets: the vulnerable-kitten verse, the banshee-shriek chorus, the stiffly sexy whispered asides. She rhymes "we used to be so strong" and "our love is like a song" without irony, and, showing her Gen-Y stripes, she forcibly rhymes "everything's the same" with "the La-La land machine" - pronounced, of course, "ma-SHAYN."

Despite the ubiquitous and annoying studio ornamentation here, it's hard not to like Lovato. She has a big, bad voice that she deploys effortlessly, and she co-writes many of her own songs. The single "Get Back" is a welcome girl-rock hit, and the title track is an absolute pop winner.

The Jonas Brothers join her for the breakup duet "On the Line," and Lovato shines. She easily sings circles around the boys, sounding mature, confident, and deserving of all the mega-celebrity certain to come her way. [Judy Coleman]