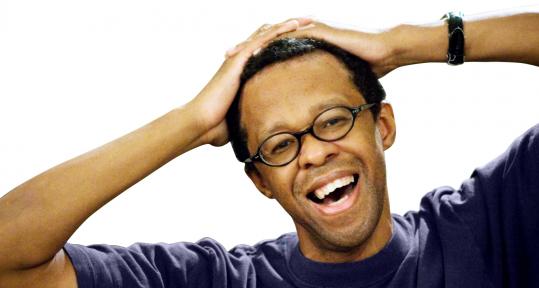 By Andrew Gilbert Globe Correspondent / May 6, 2011

He might be older and wiser, but Matthew Shipp has not mellowed with age.

A galvanizing force among the heirs to jazz’s avant-garde movement of the 1960s, the pianist has spent the past quarter century building a vast, roiling musical universe. As an invaluable sideman and prolific bandleader, as a sometimes caustic advocate and discerning curator of Thirsty Ear Recordings’ influential Blue Series documenting the work of similarly edgy musicians, he has done more than just about any other figure of his generation to uphold and advance a jazz aesthetic built upon free improvisation.

But that’s not to say Shipp remains wedded to unchanging musical strategies. Listening to his recent double album, “Art of the Improviser’’ (Thirsty Ear), it’s striking how much his approach has evolved as he explores various compositional forms and structures. With one disc documenting his trio and the other capturing a tumultuous solo recital, the album sums up his circuitous creative journey on the verge of his 50th birthday.

“My music has certainly changed over a long period of time,’’ says Shipp, who performs alone and also with resourceful Boston alto saxophonist Jim Hobbs at Outpost on Sunday. “When I moved to New York, I wanted to be a free improviser. Now I’m more concerned with creating material people can remember. The great thing about composition in jazz is that it’s malleable. You can put fragments together with other elements and create new organizations.’’

A quick and witty conversationalist, Shipp is also a savvy controversialist whose outspoken opinions often attract as much attention as his rigorously honed music. Whether proclaiming his own originality, dismissing recent recordings by Herbie Hancock, or throwing rhetorical jabs at unappreciative critics, Shipp seems to take pleasure in stirring the pot. One need not agree with his self-assessment, delivered to Chris Rich on the Boston jazz blog Brilliant Corners in 2009 — “I hear no one in the world with as developed and distinct [a] voice as I have on my instrument for this period in the music’’ — to appreciate his accomplishments.

Since moving to New York in 1984 and forging deep creative alliances with volcanic tenor saxophonist David S. Ware, Art Ensemble of Chicago wind master Roscoe Mitchell, and protean bassist William Parker, Shipp has released some three-dozen albums under his own name. While his percussive keyboard attack is often compared to avant-garde patriarch Cecil Taylor’s, Shipp displays a wider textural palette and greater inclination to step outside his comfort zone through excursions into hip-hop, contemporary classical music, and electronica.

“Like anybody, I want to be taken on my own terms for what I do,’’ Shipp says. “But I understand how I got pegged with the avant garde thing. I play with William Parker and David Ware and it’s natural that people see me coming from that. I don’t really like playing the role of enfant terrible, though it was useful getting people to know who you are. But it can be debilitating too.’’

What’s given Shipp a power base beyond the bandstand is his relationship with Peter Gordon, the owner of the Connecticut-based label Thirsty Ear. They met in the mid-1990s when Gordon started distributing Henry Rollins’s label 2.13.61, where Shipp was recording.

By the end of the decade they had forged a close alliance. As the artistic director of Thirsty Ear’s Blue Series, Shipp has overseen rewarding releases by established jazz masters William Parker and Tim Berne, rising stars like guitarist Mary Halvorson and violinist Daniel Bernard Roumain, and hip-hop innovators DJ Spooky, Mike Ladd, El-P, and Antipop Consortium. It wasn’t long after meeting Shipp that Gordon realized he possessed an unusually encompassing vision.

“Matthew is a quintessential student of the game,’’ Gordon says. “He sees music from 360 degrees, and realizes that he’s part of this larger global consciousness. The ability to step outside yourself and see jazz at large is very unusual. It’s very difficult for musicians not to get caught up in all the day-to-day stuff required for survival and creativity.’’

Raised in Wilmington, Del., a town laden with jazz history as the birthplace of trumpeter Clifford Brown, Shipp set his course early on. He credits guitarist Dennis Sandole, a revered jazz guru whose students included John Coltrane, James Moody, and Michael Brecker, with shaping his sensibility as an improviser, though he also gleaned essential information from Ran Blake and Joe Maneri while studying at New England Conservatory in the mid-1980s. He has served as a beacon for freethinking improvisers ever since, like altoist Jim Hobbs, whose gig with Shipp on Sunday is their second encounter.

“The way Matthew approaches the instrument is so orchestral,’’ Hobbs says. “Some musicians who play with him have a hard time. Someone was asking me the other day how do you approach playing with him. I told him, you exhale, have no preconceived ideas, and just go.’’