THIS STORY HAS BEEN FORMATTED FOR EASY PRINTING
Folk & Country

Iris DeMent lets the music come when it does 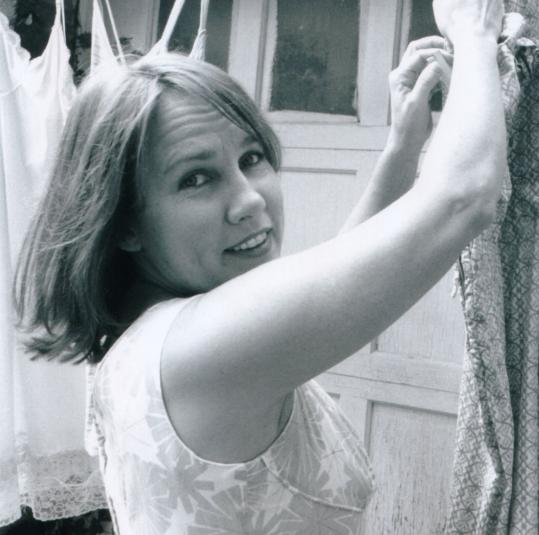 "Songs, I can't predict them. I never have. I started writing pretty late in life," says Iris DeMent. The singer's last album of original material was 1996's "The Way I Should."
By James Reed Globe Staff / September 12, 2010

Iris DeMent wishes she knew how to answer the question people seem hell-bent on asking her these days.

“Where’s the new record? It’s the question I have no answer for, which makes it doubly hard,’’ she says recently from her home in Iowa. “If someone figures out where it is, I wish they’d point me in that direction.’’

As humorous as that sounds, the reality is that DeMent has struggled to accept that she hasn’t written an album of original material since 1996’s “The Way I Should.’’ Songwriting, she says, is an absolute mystery to her.

“Songs, I can’t predict them. I never have. I started writing pretty late in life,’’ DeMent says. “It all just came at once, then it stopped for a while, then it came at once again. I still write a little bit here and there. I feel like I’m pretty close to having a bunch of songs I feel good enough to record.’’

It’s easy to see why her admirers have been clamoring for new material. When DeMent emerged in 1992 with her debut, “Infamous Angel,’’ it signaled the arrival of an important new songwriter, one who could capture everyday life with an uncommon grace and simplicity. Like John Prine or even Raymond Carver’s short stories, DeMent wrote songs, such as “Our Town,’’ that took just a few minutes to conjure a lifetime of emotions.

DeMent, who performs at the Center for Arts at the Armory on Friday (and also at First Congregational Church in Wellfleet on Saturday), says she’s not even sure she’s experiencing a writer’s block.

“I’ve been disappointed in myself along the way because I feel as though no matter how I’ve tried, I can’t make that side of life happen,’’ she says. “So I’ve just surrendered to the mystery of it. Every now and then a song comes drifting in, and it’s a pretty good one, and I feel blessed to have the experience of it coming to me.’’

There were hints early on that DeMent hadn’t been writing as much after her steady stream of albums in the ’90s. Following a six-year recording hiatus, she returned in 2004 with “Lifeline,’’ a fine collection of country gospel songs that paid homage to her church roots.

Out of the spotlight, DeMent has lived a quiet but satisfying life the past decade, still touring regularly and spending more time with her family. She’s married to fellow singer-songwriter Greg Brown, and they’re raising an 11-year-old daughter they adopted six years ago. She’s found that having another songwriter in the house doesn’t affect her as much as you’d think.

“Greg is a wonderful songwriter, one of the best out there today, but I don’t think of myself as being married to a songwriter. I think of myself as being married to Greg,’’ she says. “Maybe to a fault, I keep those worlds very separated. I guess my instinct is that it would work better for us that way. We go to work, and then we talk about tomatoes, when are we gonna replace that fridge?’’

DeMent has worked well with others, though, most notably Prine, who enlisted her to sing the comical female perspective on his song “In Spite of Ourselves.’’ They even tried to write a song together once, but it didn’t turn out as DeMent had hoped.

“He’d be sitting at the kitchen table, pretty relaxed, and I’d have to go in the bathroom and shut the door, write a line, and bring it out,’’ she says. “I’m just not cut out for collaborating. But singing is another thing. I love to sing with people.’’

And they love to sing with her, too, as numerous YouTube videos can attest. Everyone from Emmylou Harris to James Taylor have wrapped their voices around DeMent’s.

She’s less comfortable, however, with the focus solely on her, a sensation she can trace to her upbringing. She remembers countless Sunday afternoons when circles of singers would gather in the family home.

“But I have no memory of one person singing at a time. We didn’t do that,’’ DeMent says. “As much as I love taking my music out and standing up there and singing for people, there’s an unnaturalness to me of one person standing on a stage and everyone else watching them. It doesn’t make sense to me.’’

Ultimately, though, she feels compelled to share her music, not only for others, but herself.

“I have a lot of faith in what I’m doing. That’s the only reason I get up there. That’s what helps me overcome my fears and doubts and insecurities.’’

As if to shake off any sense of defeat, DeMent is suddenly more resolute. “I love singing, and I still feel the music in me,’’ she says. “And there’s a handful of folks who still want to hear me.’’

At the Center for Arts at the Armory (191 Highland Ave., Somerville) at 6 p.m. on Friday. Tickets are $32, $29.50 at www.brownpapertickets.com and www.ticketmaster.com