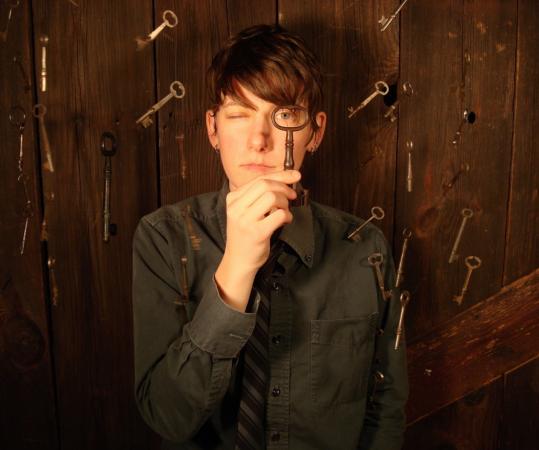 CHRIS PUREKA Since ‘‘Driving North,’’ her austere 2004 debut, Pureka has been building up to her forthcoming album. ‘‘How I Learned to See in the Dark’’ finds the Northampton singer-songwriter mining her usual themes of desolation and heartache, but the songs are shot through with a noticeable intensity in her vocals and rock-oriented arrangements. Ahead of the album’s release on Tuesday, she’s celebrating tomorrow with a show featuring guests Xylos and the Suitcase Junket. 9 p.m. April 9. $14. Middle East Upstairs. 617-864-3278. www.ticketmaster.com
April 8, 2010

Text size – +
POP & ROCK
NEW YORK SONGWRITERS CIRCLE Don’t let the name fool you; this evening of music includes plenty of local talent as well as imports from the Apple, including the winner of last year’s NYSC songwriting contest Reed Waddle and jazz singer-songwriter Julia Easterlin. Past NYSC alum include folks like Norah Jones and Gavin DeGraw, so attendees to this show could be seeing tomorrow’s stars tonight. 8 p.m. April 8. $10. Cafe 939. 800-745-3000. www.ticketmaster.com

NEEDTOBREATHE These Dove award-winning Christian rockers have been making secular inroads over the last few years with TV and film placements for their anthemic rock songs. The South Carolina natives are touring in support of their third album “The Outsiders.’’ 8 p.m. April 8. $16. Paradise. 877-598-8689. www.livenation.com

CYMBALS EAT GUITARS We don’t know if this New York band’s name is some weird variation on rock-paper-scissors, but if cymbals eat guitars we’re guessing guitars chow down on keyboards in this equation as the indie rockers revel in off-kilter beats, warped riffs, and burbling organ drones on their 2009 debut “Why There Are Mountains.’’ Fellow New Yorkers Bear in Heaven handles the warm-up duty. 8 p.m. April 8. $12. Middle East. 800-745-3000. www.ticketmaster.com

EVELYN EVELYN Former Dresden Doll Amanda Palmer continues to put her imagination to work in this latest music/theatrical project — about a pair of ukulele strumming conjoined twins both named Evelyn — with friends Jason Webley and Sxip Shirey and a cast of dozens. 8 p.m. April 12 and 13. $25. Oberon. 866-811-4111. www.cluboberon.com

HIGHWAY GHOSTS It doesn’t get much more old-school country than the first line of “In the End’’ by Highway Ghosts: “I stare in my glass/ Hope for a breakthrough.’’ The local band is another reminder that geography no longer dictates where you’ll find compelling country rock. 10 p.m. April 14. Free. Toad. www.toadcambridge.com

ROBERTO CARLOS Long before Luis Miguel broke hearts, there was Roberto Carlos, who’s considered the king of romantic music dating back to the 1960s in his native Brazil. Following his sold-out performance at Agganis in 2008, the crooner heads back to the arena next week. 8 p.m. April 14. $45-$125. Agganis Arena. 800-745-3000. www.ticketmaster.com

JAZZ, BLUES & CABARET
GARY BURTON Since arriving at Berklee as a student in 1960, the influential vibraphonist has made his mark on jazz history. He celebrates 50 years of making music with this concert featuring bandmates from throughout his illustrious career, including Mick Goodrick, John Scofield, Joe Lovano, Steve Swallow, Donny McCaslin, Makoto Ozone, and Tiger Okoshi, as well as his current Next Generation Band with Julian Lage, Vadim Neselovskyi, Luques Curtis, and James Williams. 8:15 p.m. April 8: $25-$35. Berklee Performance Center. 617-747-2261. www.berkleebpc.com

LEON KIRCHNER MEMORIAL Harvard University’s music department convenes an evening to honor the late composer, who was also a revered teacher in the Harvard community for decades. Students currently enrolled in the course he founded, Music 180, will perform, and friends and colleagues will pay tribute. 7:30 p.m., April 8. Paine Hall, Harvard University. 617-495-2791. www.music.fas.harvard.edu